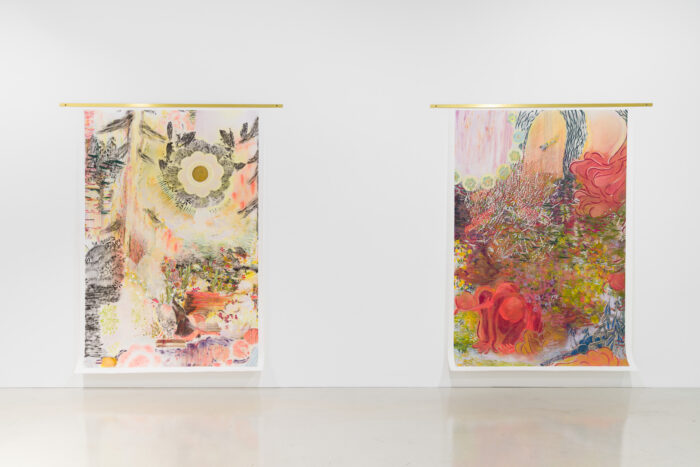 b. 1980, Bowral, NSW Australia
Lives and works in Sydney, Australia

Nathan Hawkes is a Sydney-based artist whose work is grounded in the practice of drawing as a way of paying attention to and reflecting on the visual dynamics and sensations encountered in his daily life.

His large-format drawings are conceived and made in the living space of his family home and embody the chaos, bliss, tension and dreaming particularly to such a context. Scratching into the surface of the paper and using rudimentary mark-making with fingers and hands, masking, sponges and a vacuum cleaner, this suite embodies a rough-hewn euphoria and sense of renewal whilst gesturing towards an illusory perception of self in relationship to the world. It exemplifies his commitment to the exercise of drawing.

I am obsessed by the seemingly endless vitality and flexibility inherent to the act of drawing. Being arguably one of the oldest modes of communication there is something so deeply rooted, open, adaptive and non- exclusive about the practice of making marks on a surface in various ways to embody an idea or sensation.

This year Hawkes was a finalist in the 2019 Ramsay Art Prize at the Art Gallery of South Australia. He has been the recipient of a number of prestigious awards including the Brett Whiteley Travelling Art Scholarship, Marten Bequest travelling scholarship, and the Asa Masakusa Award. Between 2013 and 2015 he was an artist in residence at Australia House, Japan and exhibited at the 2015 Echigo-Tsumari Art Triennial. In 2017 the Australia Council for the Arts funded an extended visit to Sweden where he worked with internationally acclaimed artist Andreas Eriksson.

It is here in a worn-down province

dreamed summer hour of your childhood

among the pretty lunging of the wind

A heaviness in the trees, and no one can say where it comes from

The double dream of spring

The swallow and the other birds

Together they said ‘milk and bread’

There will come soft rains

The air is one soft wing

Into the Ragged Meadow

Something Strange Something Known

going out in the morning #1

going out in the morning #2

going out in the morning #3

going out in the morning #4

going out in the morning #5

going out in the morning #6

going out in the morning #7

going out in the morning #8

going out in the morning #9

I am a plank...floating! (first light)

going out in the morning