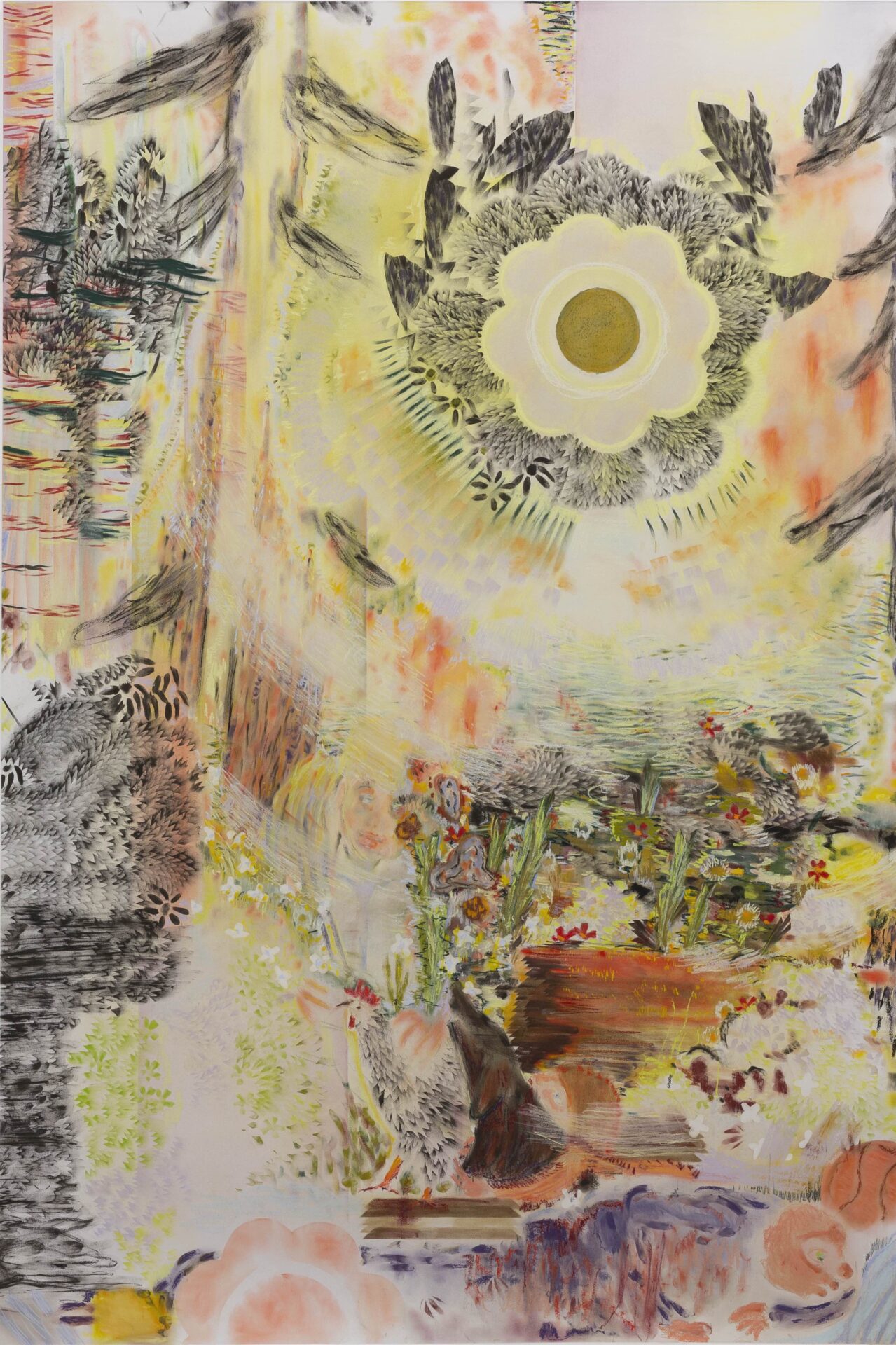 going out in the morning

A heaviness in the trees, and no one can say where it comes from

among the pretty lunging of the wind

going out in the morning #1

going out in the morning #2

going out in the morning #3

going out in the morning #4

going out in the morning #5

going out in the morning #6

going out in the morning #7

going out in the morning #8

going out in the morning #9

“I write with experiences in mind, but I don’t write about them, I write out of them.” This was uttered by the poet John Ashbery. Creating through, and out of experience is something I believe Nathan Hawkes does. He says himself: “I’m seeking a kind of clarity without the desire for answers. Paying attention to what is happening right now and what might be possible in the moment. I make it my task to try to do that.”

The title of the exhibition – going out in the morning – is a line from an Ashbery poem. Various emotional states subsist simultaneously. Energy and excitement. Hope and despair. Dreaming and waking. Poetry is believed to illuminate man’s existence in relation to being through its ability to reveal truth and meaning. And it’s not uncommon for the titles of Nathan’s works to be excerpts from poems or constructed poetically. The medieval town mentioned in a poem and every abstract picture recalls and records the presence of insects, sounds, textures, materials, objects, and emotions. By drawing attention to their unified existence, the work brings them to our conscious awareness. Poetic visions of reality surface. The organic and obscure nature of being abounds.

Phenomenology concerns the study of phenomena that arise from the experience of being in the world. We can seek the essence of a phenomenon by exploring it from the perspective of individual experience. In this exhibition, various kinds of experience such as perception, thought, memory, desire, volition, imagination, emotion, and bodily awareness coalesce on paper, are carved out of wood, or written on the wall. The philosophy sees body and soul, world and mind as intrinsically connected – opposing the preceding Cartesian thought, that views these as separate entities. Nathan slides his couch out to work on the drawings in his living room, intentionally pushing domesticity into his practice; aspects of the setting seep into the work. The sculptural piece, somewhere wings are being slowly lifted over and over again, a birdbath form, may be an allegory for this. The way Nathan shares intimate and personal parts of his everyday life, is like how a birdbath invites nature to enter into the private dwelling. Cohesion is invoked through an engagement with nature. This is why the drawings are expansive, giving the impression that endless paths await within.

When encountering Nathan’s work, I often feel a strong sense of longing. A strange desire to enter and disappear into their landscapes. Tall and frameless, they generate immersive space and in front of them, an enlivened awareness ensues. I liken this experience to one that arises when standing before Monet’s Water Lilies. Every movement and mark is spirited and alive. A small segment of the surface is capable of absorbing one’s complete attention. Once the gaze shifts, a new moment of abstraction and figuration unfurls.

From a distance though, these moments are seamlessly embedded into the overall landscape of the work. An elusive narrative disperses. Though maybe this is not a narrative at all; something else seems to be at play. But the ambiguity does not compel one to logically decipher the image at hand. Surrendering to the ambiguity, allowing the feeling produced by the work to congeal and wash over is perhaps what engenders the desire to enter; to purposefully explore.

Like a garden where you work with your hands to help something grow, the artist’s hand guides the creation and the pastels are like the soil that feeds it. Mixing and melding to create something murky and fertile where smeared hues and jolts of colour and clarity appear out of the mud. The garden is a symbol of consciousness. To tend a garden is to be present. To be wholly and quietly alert. Being mindful of the surfaces and their capabilities. Regarding the characteristics of the wood, the dust; what can it reveal? Considering the delicacy of paper and exploring how to push it while knowing when to harness the fragility. Understanding the nature of pastel, a solid and creamy material, endowed with the ability to create rough, smooth, and chalky compositions.

Yet, I contemplate this further and it occurs that the garden comparison is restrictive because it only attempts to delineate one aspect of the work. A garden is an enclosed space so a more accurate reading may be to compare the process of Nathan’s drawings to building a garden within a forest. The work is always subject to an unpredictable and unbounded environment encroaching upon it. The forest is symbolic of the unconscious and is depicted (most commonly in folklore, literature, art, and film) as a wild and endless terrain where life thrives. Expressed as mysterious, it represents secrecy and romance. A domain where man lacks control and is vulnerable. A place where light and dark comes and goes.

A substantial presence in the exhibition is the conflict and entanglement of light and dark. In this forest you’re looking up through the trees at the sky. A windy, starry, sky in birdnester. A sun in what was left was like a field whose intense rays are so, jagged and harsh its energy seems to recede back on itself. The woodcarvings are enveloped in black printing ink and coated in beeswax. But they are not entirely black. They contain subtle glints of pigment, and they conduct light. Pierre Soulages – the French Post War artist revered for his monochromatic black paintings – once stated: “[Black is] both a colour and a non-colour. When light is reflected on black, it transforms and transmutes it. It opens up a mental field all of its own.” The highly textured surfaces let light glide and disappear into carved out sections. The opposing forces of light and dark are reliant on each other and together produce meaning. There is a warm depth, an emotional emphasis.

Against the heavy darkness, on the edge of birdnester, is blue ink on a strip of soft linen stitched to another piece of linen. Forging the impression of clouds and air, I imagine it moving in the wind. Hope. An exhilarating lift from shadowy depths into a bright blue sky. Water rippling alongside the forest floor. Sleepy eyes open. A fresh idea follows. Going out in the morning.