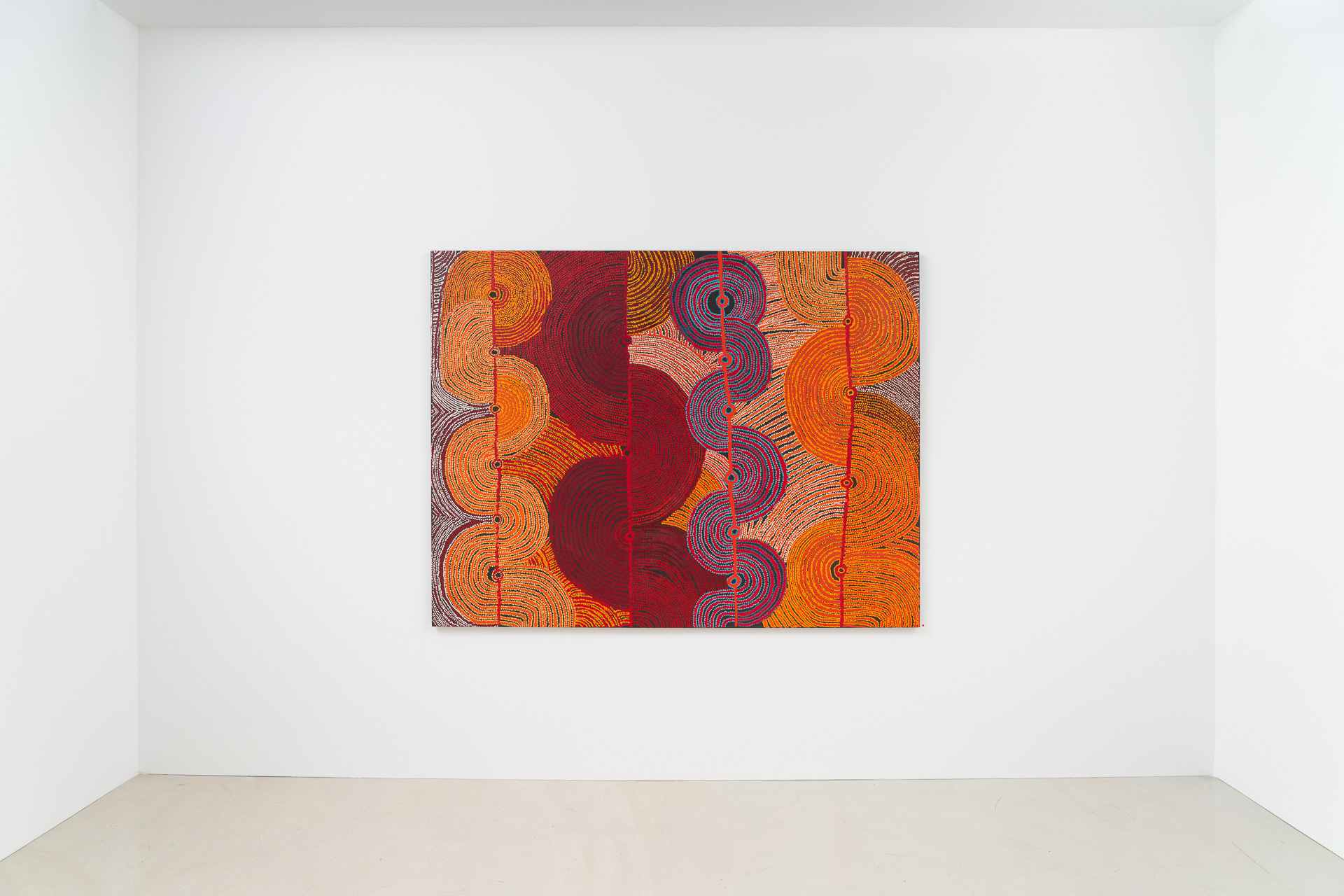 Beverly Burton is one of Tjala Arts strongest emerging painters who is dedicated to her practice and works in the studio daily. She comes from an influential family lineage of cultural leaders and artists. Her mother, Naomi Kantjuriny is known for her work with the Mitakiki Womens Collaborative and as a traditional Ngangkari Healer. Her father, Kunmanara (Hector) Burton was a senior artist at Tjala Arts and as an elder revered as an extremely important caretaker of Anangu law and culture.

Beverlys paintings are powerful and dynamic, her use of brush and choice of palette creates vibrations and movement across the canvas the way the landscape shifs and changes across her country.

Group Exhibitions
2020 APY Gallery, Sydney – UWANKARA – All of Us

Tjala Artists embrace a variety of mediums including acrylic paint on linen, punu (wood work) and tjanpi (fibre weaving) and new media arts and is renowned for its reputation of artistic excellence and innovative projects. Now in its fifth year, the Kulata Tjuta (many spears) project, with its origins at Tjala Arts, has since spread across the APY Lands as a powerful cultural rejuvenation project focused on sharing the skills of spear making across generations. The third, and most recent iteration of this project featured a large scale installation and sound work exhibited as part of Tarnanthi Festival of Contemporary ATSI Arts in Adelaide in October 2017.

Tjala Arts is a professional art making studio where culture is celebrated and maintained by Anangu across three generations. It is a place that honours cultural practice and promotes and supports the highest level of ethical practice in the production and sale of Indigenous art. As an Anangu owned and governed business, Tjala Arts lies at the heart of Amata community and has created widespread financial gain for families in the community and across surrounding homelands.