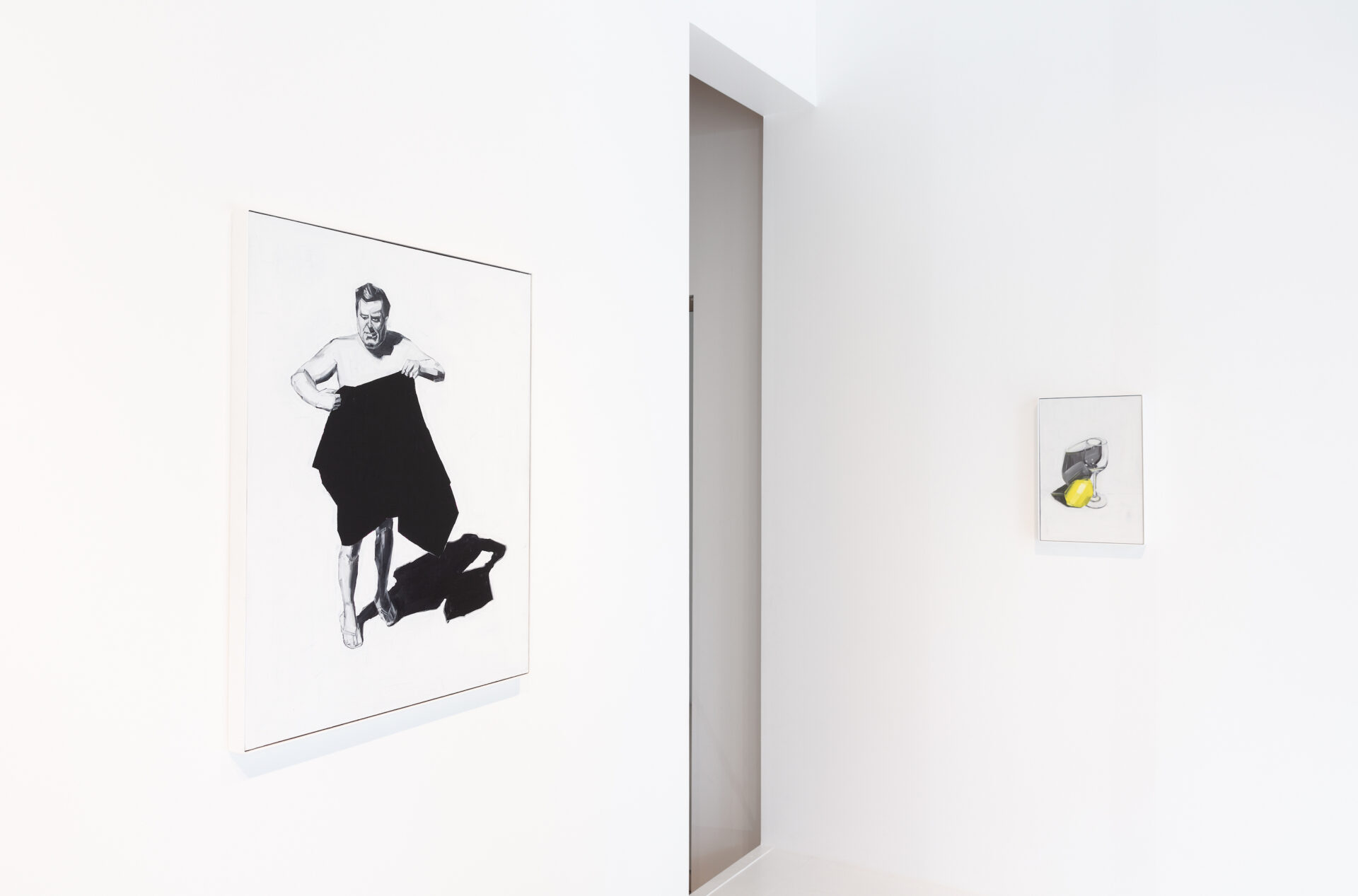 Back to the future

Dean Brown is a still life painter- even the people are still lives- objects turned in on themselves – seeking their shadow- illusions of self.

The figures are as anonymous as still life, they look in, not out, seemingly haunted by their shadows. Their anonymity forces an enquiry into meaning, into the why of a seemingly incidental and anonymous moment in someone’s life

The focus on the apparently personally mundane evokes an objectifying of that which should be personalized. It is not the individual you see. These are not portraits; they are still lives with people as subject matter. And yet the depiction of Browns still life works is different. Unlike the figure paintings, those challenge you to enliven and celebrate the object.

But always, there is the shadow.

It is there, in the shadow that you look away from the depersonalization. The still lives provoke. Warpaint II, with its shadow, speaks of a life beyond the object. The people evoke. Day 4 , with its shadow, sets up anxiety alongside the unknown figure. Through the shadows the works come alive within one.

The intensity and personalization of any of the objects, people, flowers, or vases, is firmly reestablished through the shadows. The shadows quickly become the inevitable central focal point of the work. They bring the humanity back into the works. They remind us of the human condition of liminality, of our existence, in Victor Turners word, “betwixt and between”. These works exist in between time and space, in between a person and their shadow self. Here the still lives become almost human again. They are seemingly about to be born through the mystery of their shadow. With the shadows objectified figures become people again. They are made whole by carrying that internal shadow self. They exist in the liminal world that Browns work is representing. They speak of a mystery.

The tonal limitations of the work, the starkness of the palette, increase the intensity to the point of drawing you deeply into the mystery of the work. Like the great still lives of Chardin or Cezanne, texture is an integral part of his composition. And yet Chardin’s expressive medium is impasto, Browns’ is intaglio. For Brown, line, not paint, is used to create texture. The deeper texture he is able to create through line mediums is a product of an artist who is deeply in touch with the physicality of his medium and has a strong command of its potential. Objects are sculpted, lemons are faceted, carnations are sculptured into glass like facades, brittle and vulnerable. The mystery is reinforced.