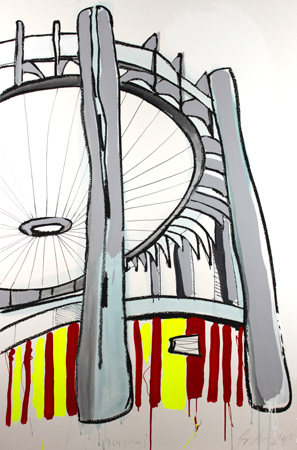 This show is the beginning of a new series for Knight that will take the 1964/1965 New York World’s Fair as its subject. The title, There’s a Great Big Beautiful Tomorrow, was used at the fair for a song at Progressland, an animatronic presentation for the history of electricity. The fair presented a utopian vision of modernity, from the space-age architecture of Philip Johnson to the many technological marvels. For Knight working in a contemporary, cynical age, the fair was the high point of faith and hope in the future. It was here that the American muscle car was introduced; Mack Rice recorded “Mustang Sally” in 1965. America was the shining light and undisputed centre of the world.

A lot of themes come together for Knight in this series. The fair was the first public outing of Pop Art and begun the debate about its validity in the public consciousness. The work of Warhol commissioned by Philip Johnson in the end was actually censored and whitewashed. In hindsight though the fair was the beginning of Pop’s historical legacy; Knight has often mined the experiments and formal constraints of Pop in his work.

The architecture of the fair also fits well to Knight’s broader practice. Some of Knight’s most successful works have been his industrial landscape: wharves, cranes, bollards, and columns. What drives these works is a process of declassing or morphing, where Knight takes the strong and solid and turns it into liquid and soft. This process can be seen clearly in Stained Glass Support System. The wharves work so well because sometimes the bollards become more liquid than the harbour itself or subtly shift between the two states water/ground, bollard/liquid. Knight’s actual surfaces also partake in this lowering and destablising; the strong gridded, industrial ground becomes layered, erased and more organic.

The New York Fair is now also declassed. It is a ruin, a marker of a past moment or an architectural artefact. Beside the volunteer efforts of architecture students the Flushing Meadows site is a now forgotten remnant of a lost American dream. Used famously in Men in Black and now Iron Man 2, it represents something, something a little out of the ordinary and idiosyncratic, but it has lost its power to imagine a perfect future for our united post war world. Knight for his part equivocates. The work is hopeful and free, like a modernist, gestural dream. It is also nostalgic and yearning for a past that may not return. 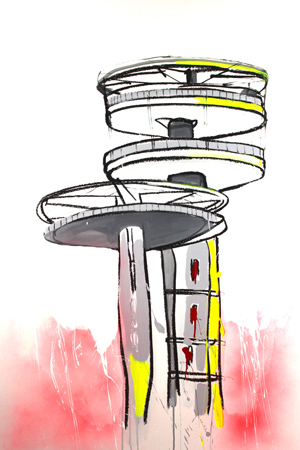 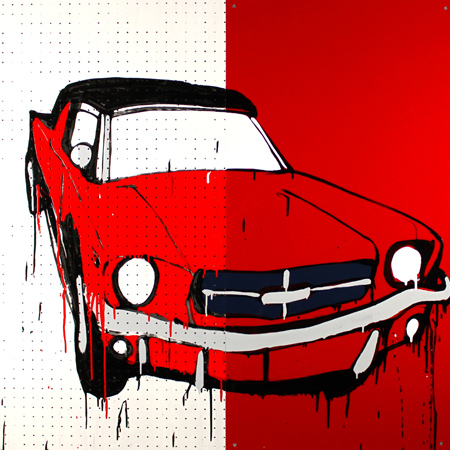 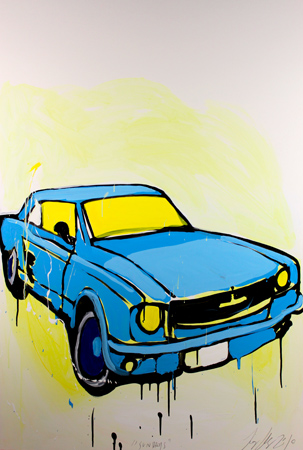 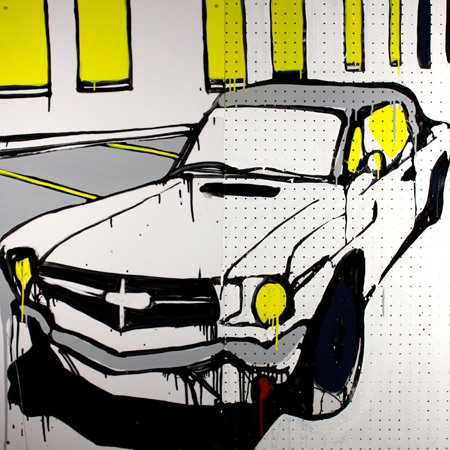 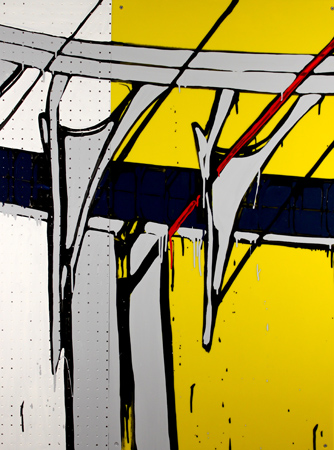 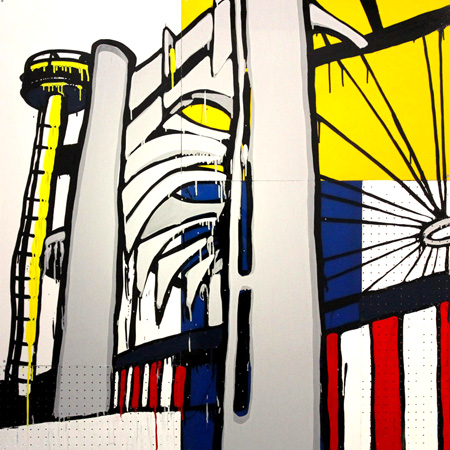