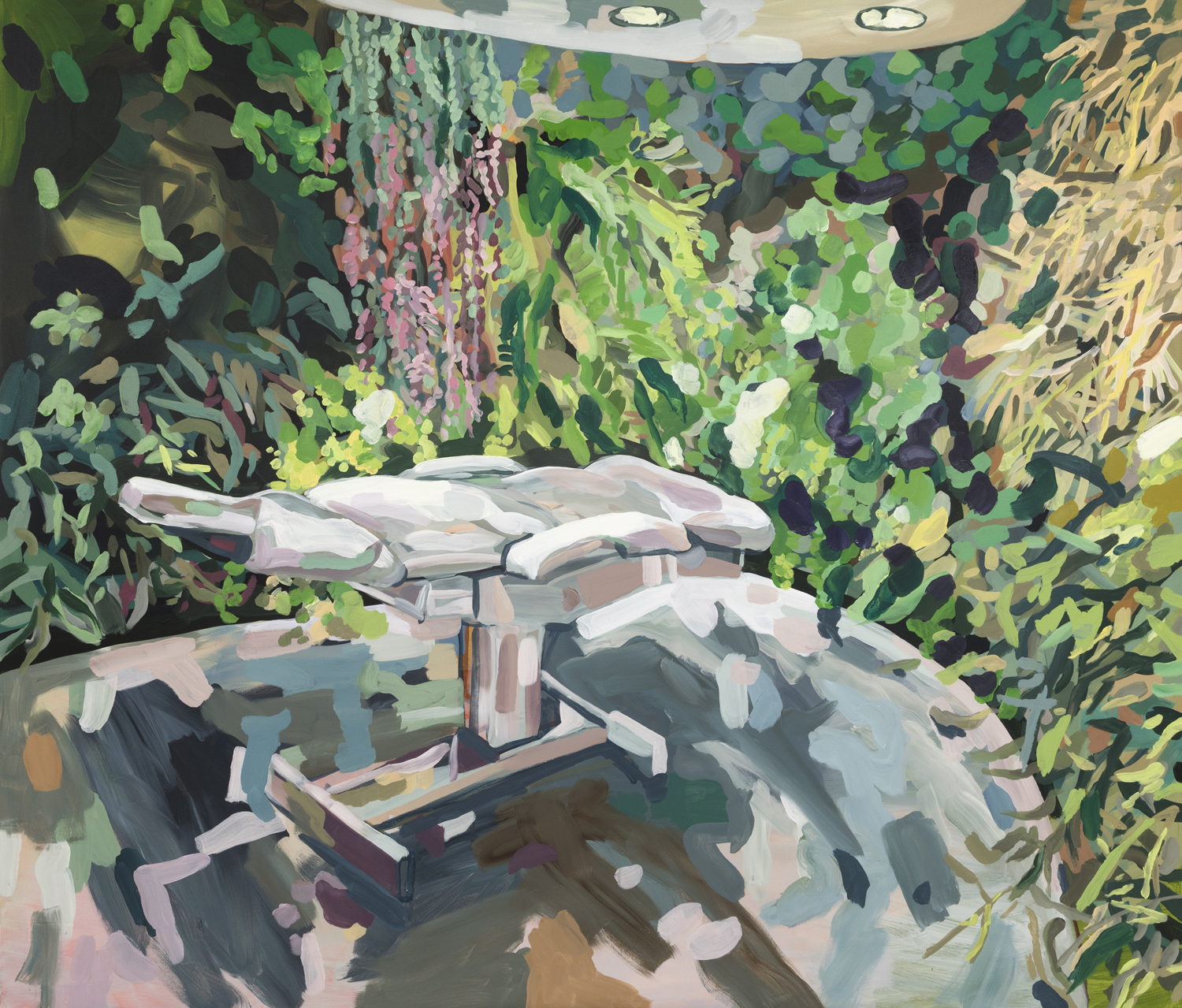 Ben and Sam in the Garden Parlour

The Path at the Australian Residency in Washington

Alexandra Keating and Rupert Sanders on Yacht in Sydney

The Retreat is a series that focuses on places of seclusion and retreat. Although Watts has been working with this theme since 2017, the works resonate strongly in the circumstances we now find ourselves in.

The original conception of the show was to highlight expensive spaces that offer those that can afford it with places of quiet and reflection. These spaces included restaurant hidden gardens; The Qantas First Class Lounge massage room designed by Marc Newson; the Bloomberg Office’srooftop garden; and the deck of a luxury yacht. The works equivocated between aspiration and ironic sarcasm, they were both funny and telling.

In the age of the plague though the balance on the artistic equaliser shifted a little more towards ennui and melancholy. The paintings have not changed at all but looking at them in our current context these spaces are now doubly inaccessible and romantically set in the past. We cannot goto a restaurant, the Qantas Lounge is empty, massages are banned and two figures no longer stand so comfortably together.

Stylistically the works set in verdant hortus conclusus and boats and patios recall the follies and fancies of French court painting crossed with thelatest Chanel Fashion parade. Even the compositions and figural gestures seem to owe something to baroque paintings of Antoine Watteau fromsleeping satyrs and nymphs to elegant types; Watts is sometimes called Watto by his friends.

Whether by fluke or design Watts has managed to capture the feeling of the time, our isolation and dream of love and sociality again. The works look both backward and forward, which is a characteristic of Watts work, and represents a serious addition to contemporary figurative painting.