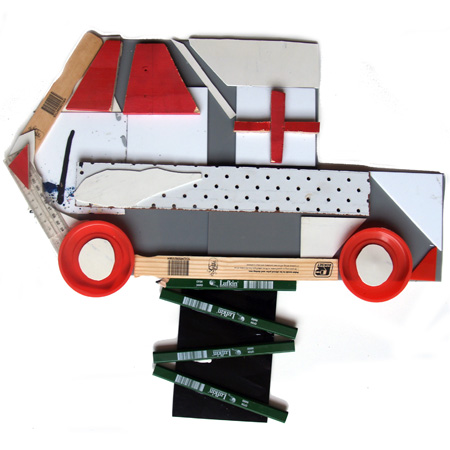 For his new Sydney show Spring Rockers, Jasper Knight has transformed the austere white box of Chalk Horse into a playground brimming with vivid colour. The assortment of paintings, collages and installation conjures up long-dormant memories of childhood excitement at discovering a shiny, empty playground, full of the promise of adventure. The work evokes the same spontaneous joy that makes children run towards a slippery-dip, beg to be pushed ever higher on a swing, or dangle from monkey bars, oblivious to the danger of falling.

Throughout his career, Jasper’s art has focused on the industrial landscape, with previous exhibitions devoted to factories, docklands and wharves. The end-products of industrial manufacturing, from chairs to cars to helicopters, have also featured extensively in his work. So playground equipment, which shares the industrial geometry of pillars, tubes and platforms, seems a logical new subject.

These new works are reminiscent of earlier series with significantly different subject matter. ‘Black and Blue Poles’, for instance, evoke Jasper’s familiar bollards and smokestacks, while ‘Red Dotted Dipper’ is reminiscent of an industrial conveyer belt. And this is fitting, since from the child’s perspective, playground equipment constitutes an enormous pleasure machine (to borrow Gabrielle Richens’ nickname) that can be climbed up and clambered over, and into which the child can disappear completely, only to emerge grinning at the bottom of a slide, like a freshly fabricated object emerging from a production line.

Whereas the tatty playground equipment of our early childhood was a uniformly drab, peeling dark-green colour, today’s high-quality plastic equipment is constructed in the bright primary colours that appeal strongly to children, and are also characteristic of Jasper’s work. His usual painting process is to take a drab landscape and enliven it through his highly stylised use of colour, which he applies for maximum contrasting effect rather than with any particular regard for representation. To aid this, he usually works from black-and-white source images so that his composition isn’t influenced by the image’s real-life hues. But in this exhibition, probably for the first time, Jasper’s colours are faithful to his subject matter.

Jasper has worked in collage on a number of previous occasions, most notably in a series of cicadas produced with Oliver Watts. These collages of spring-mounted vehicles and animals are more cartoonlike than most of Jasper’s work, with the incorporation of paint-spotted wood, pencils and rulers emphasising the component materials in a manner reminiscent of the collage of South Park, where Trey Parker and Matt Stone delight in the visible crudeness of their construction paper creations. Similarly, the assembly of these collages achieves a sense of playful humour that seems entirely appropriate to their subjects. Within the playground environment, there is something endearingly pathetic about the spring rocker, a vehicle or animal that wobbles hopelessly at the whim of its juvenile rider, in motion yet ultimately remaining stationary.

The installation ‘Swing Set Daddy Long Legs’, which serves as the exhibition’s dominating centrepiece, is the latest in a series by Jasper and his architect wife Isabelle Toland which has previously featured pink dinosaurs and a mosquito with a wheelbarrow for a body. Here they have used only the pieces found in a standard swing set to create a spider with legs poised as if to strike. Through this pose, along with the work’s sheer scale, they have invested the creature with a menace that is in unnerving contrast to its cheerful colours and the innocent, child-safe materials from which it is constructed.

Jasper’s bold lines and bright colours have always given his work an inherent sense of playfulness, and in the playground he has found an ideal subject for his style. The works in Spring Rockers transport the viewer back to an age when there was no greater pleasure than whizzing down a plastic slide, or bouncing carefree on a mechanical animal. 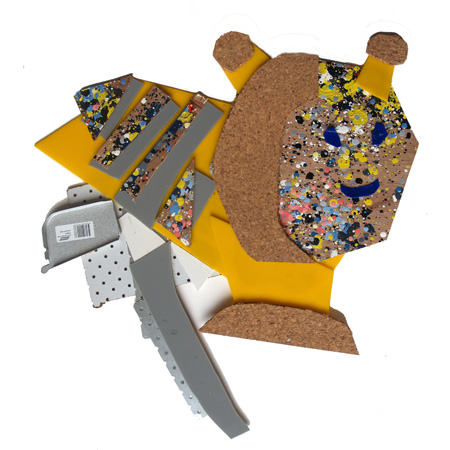 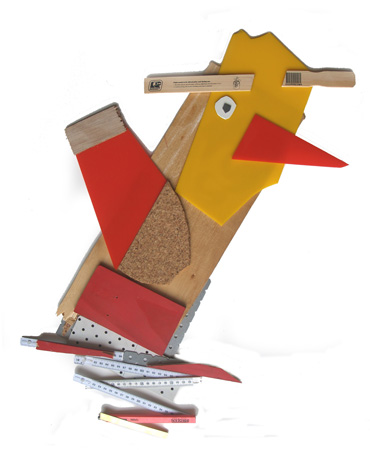 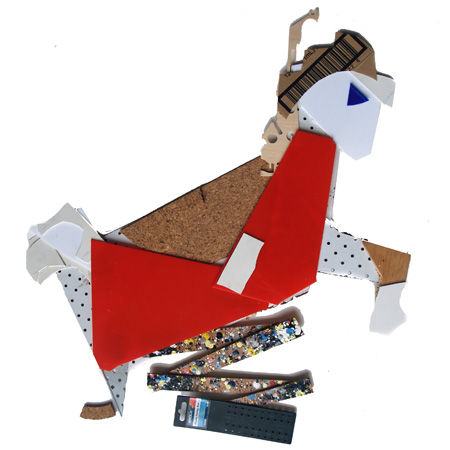 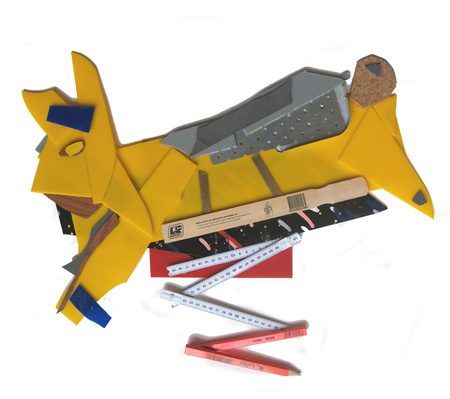 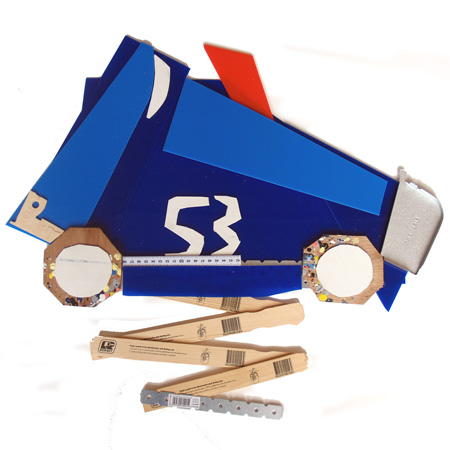 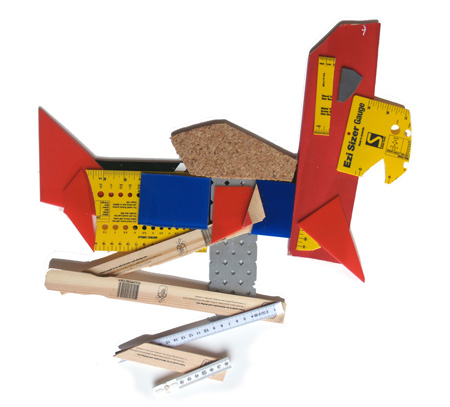