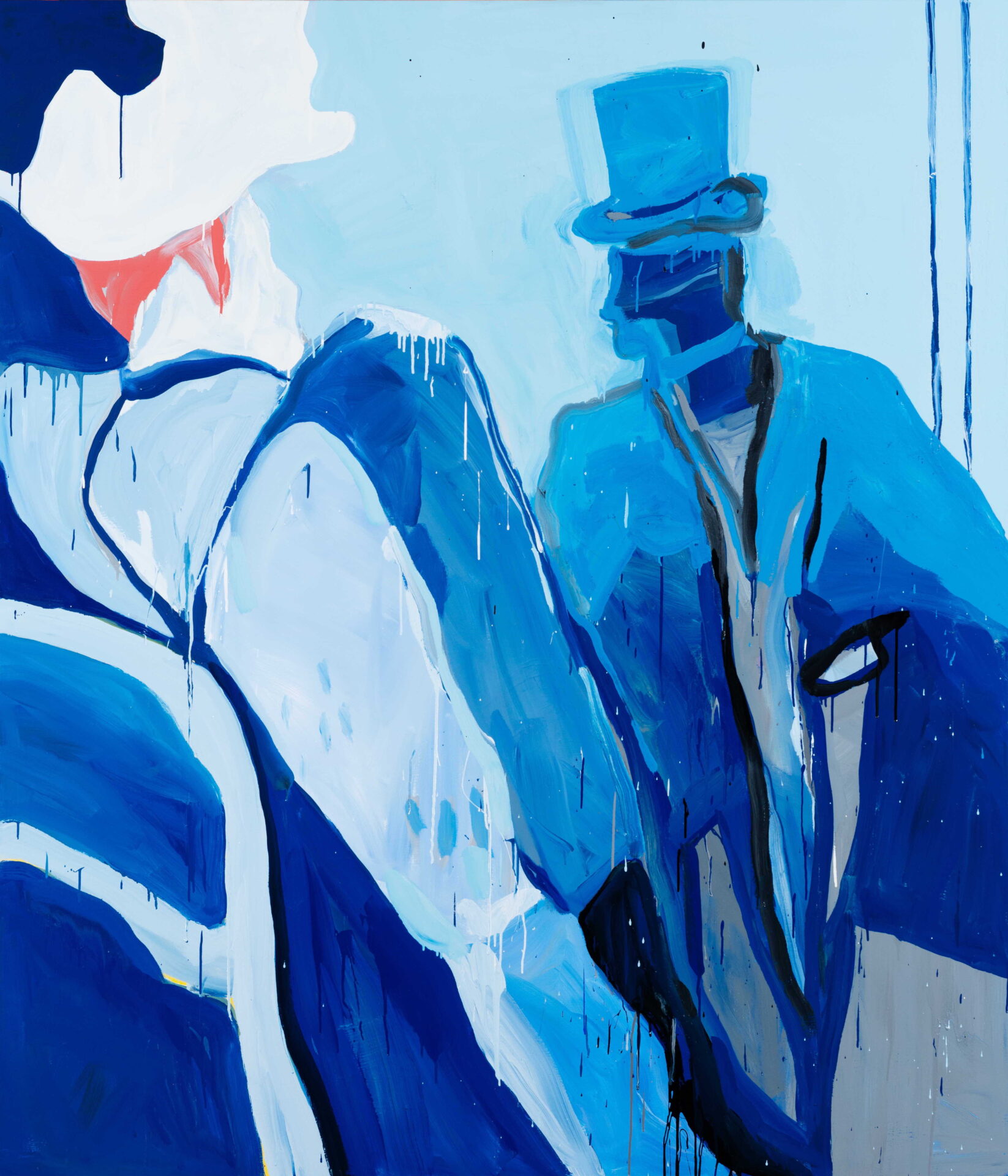 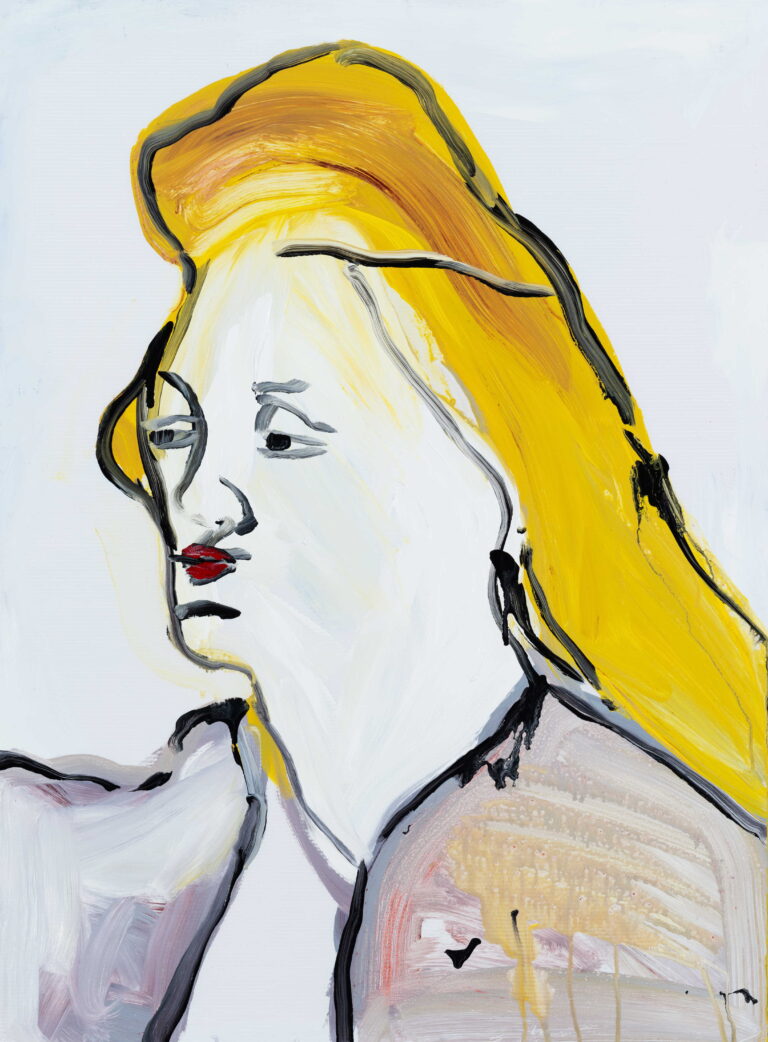 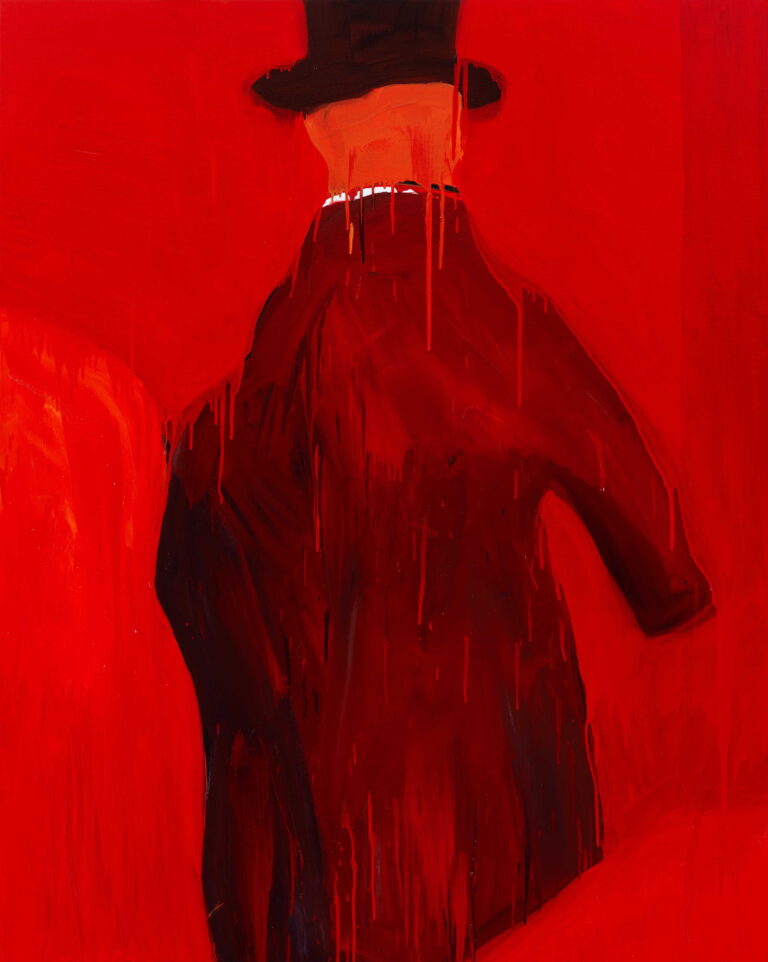 A Comedy in Four Acts (after L’Argent) 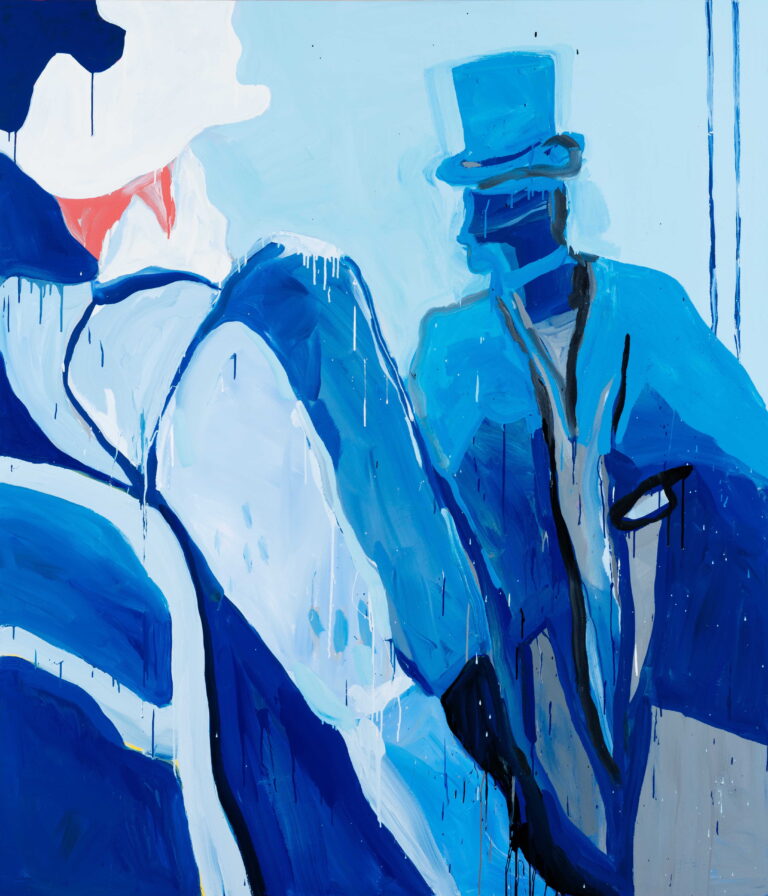 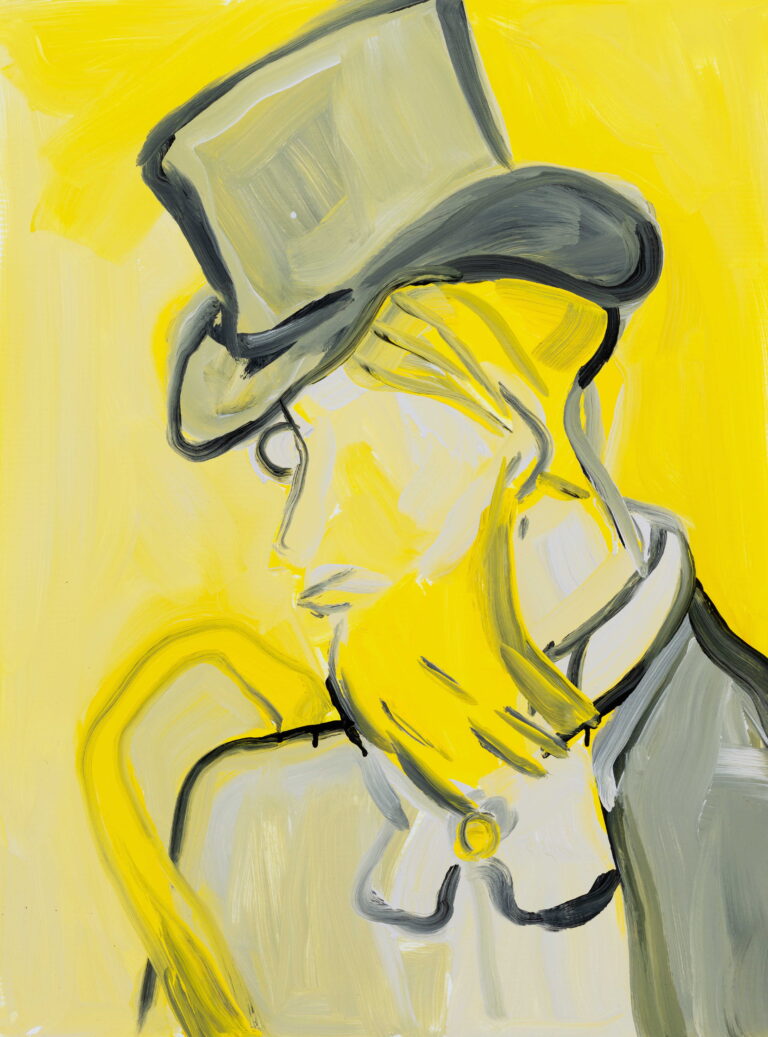 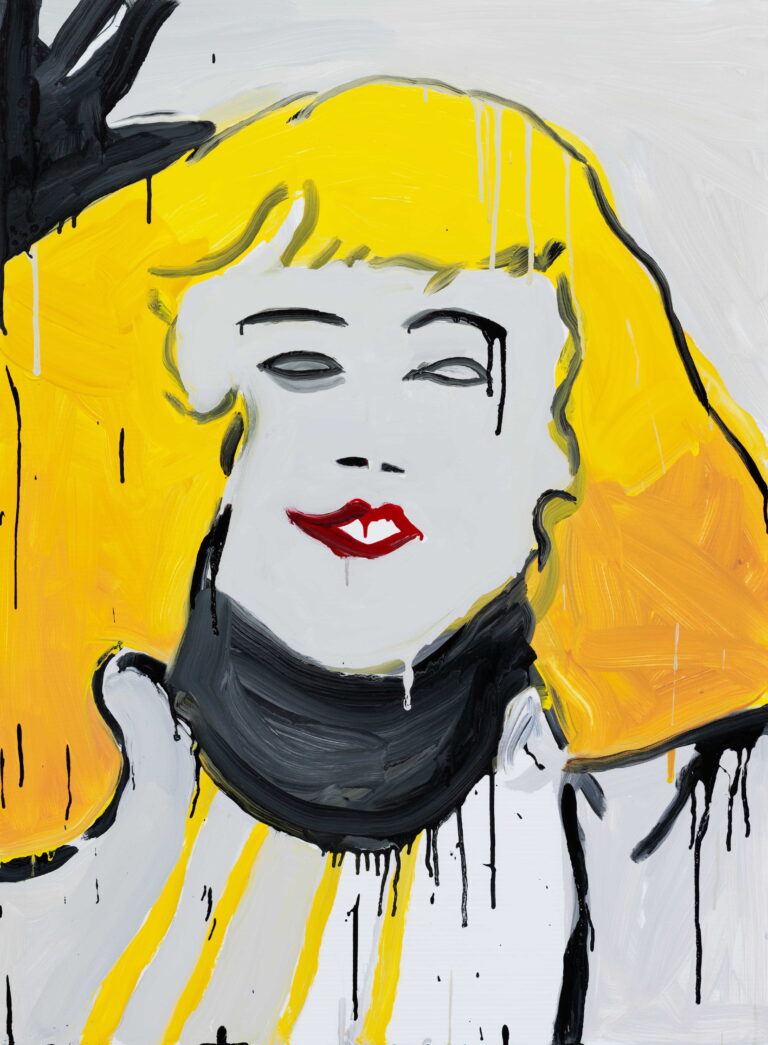 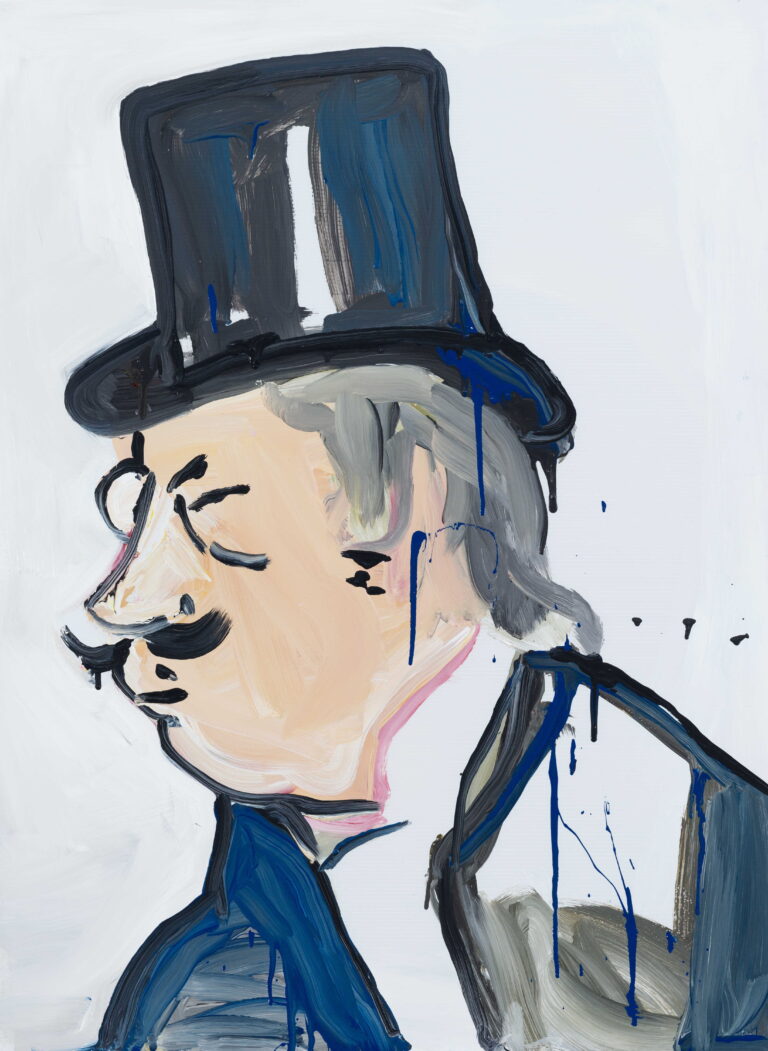 Monopoly Man (after At the Moulin Rouge) 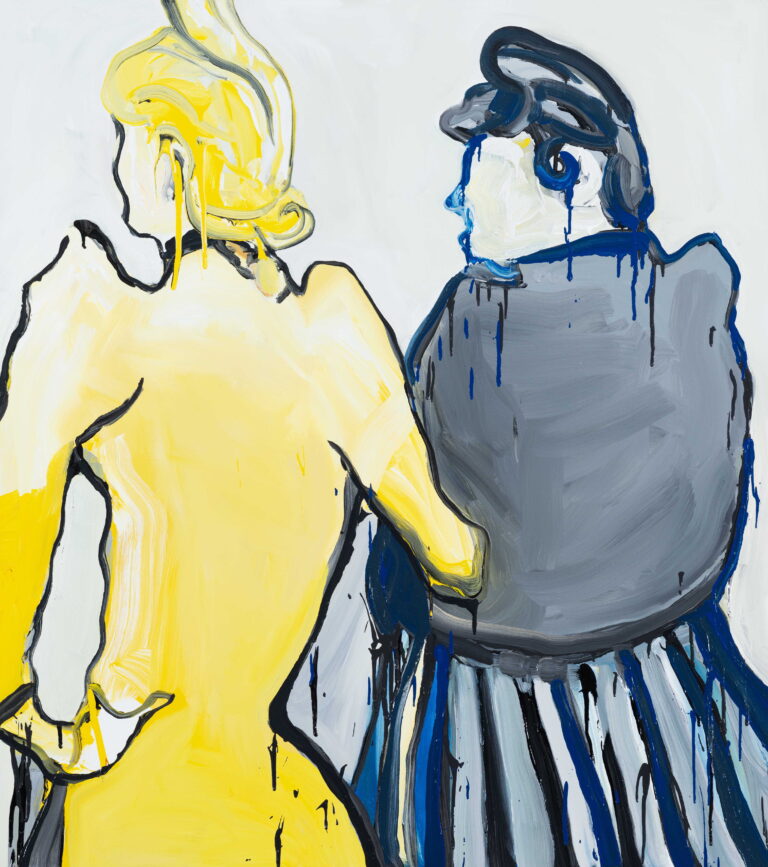 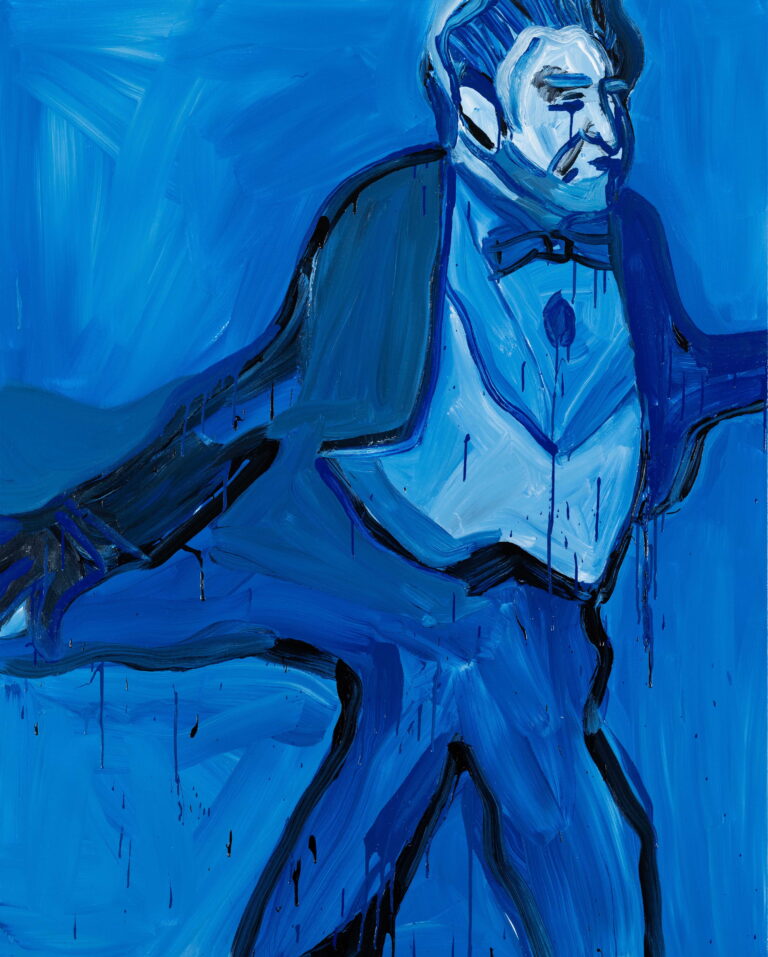 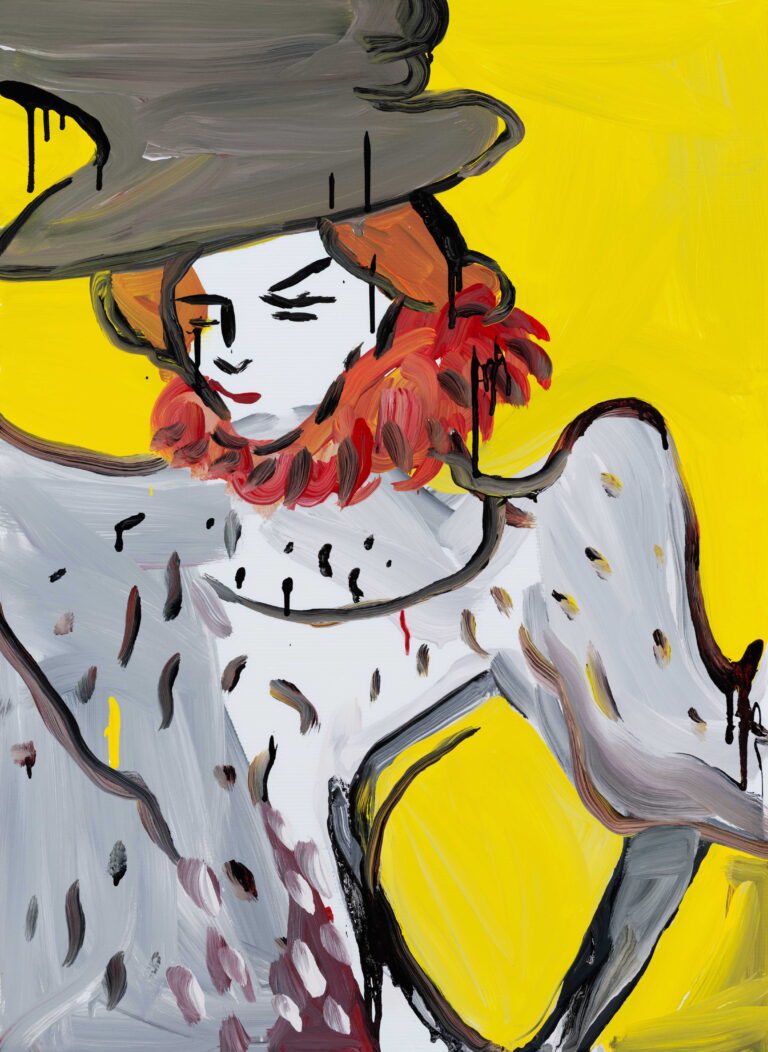 The Dancer (after La Troupe) 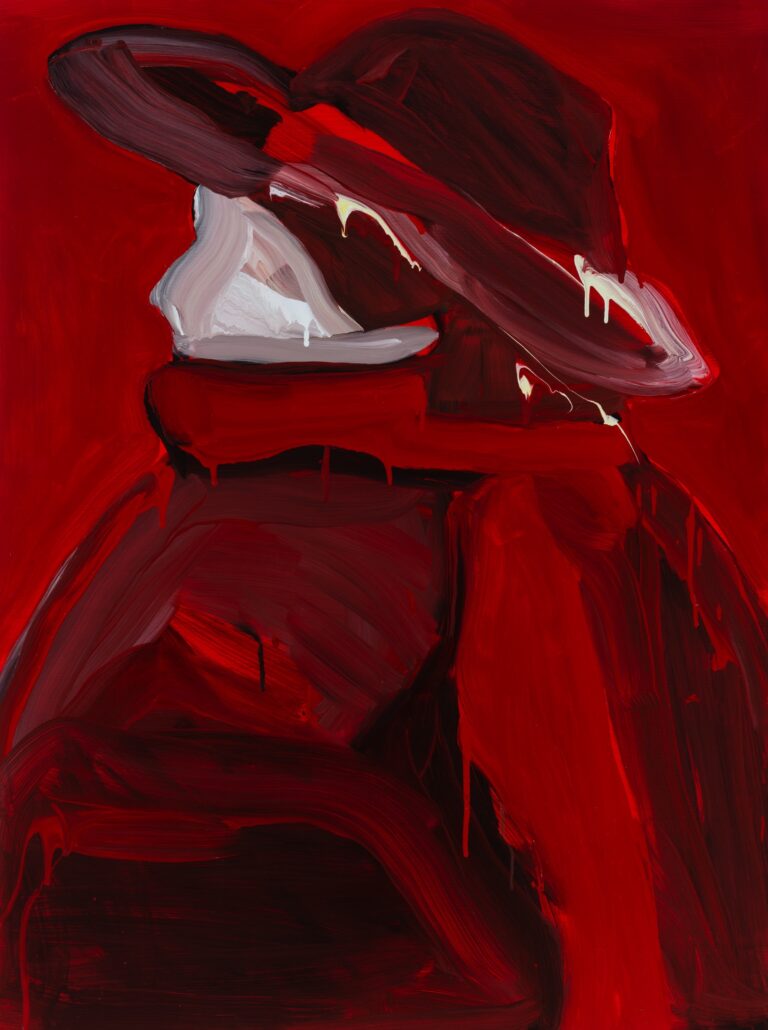 The stars of Paris 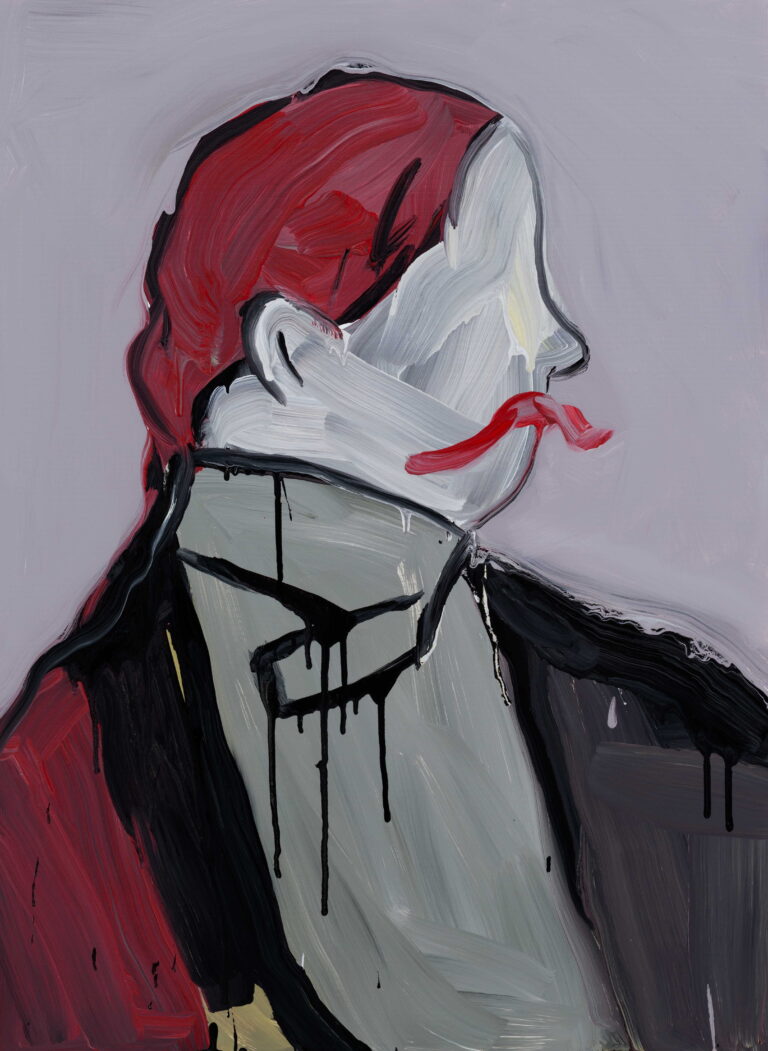 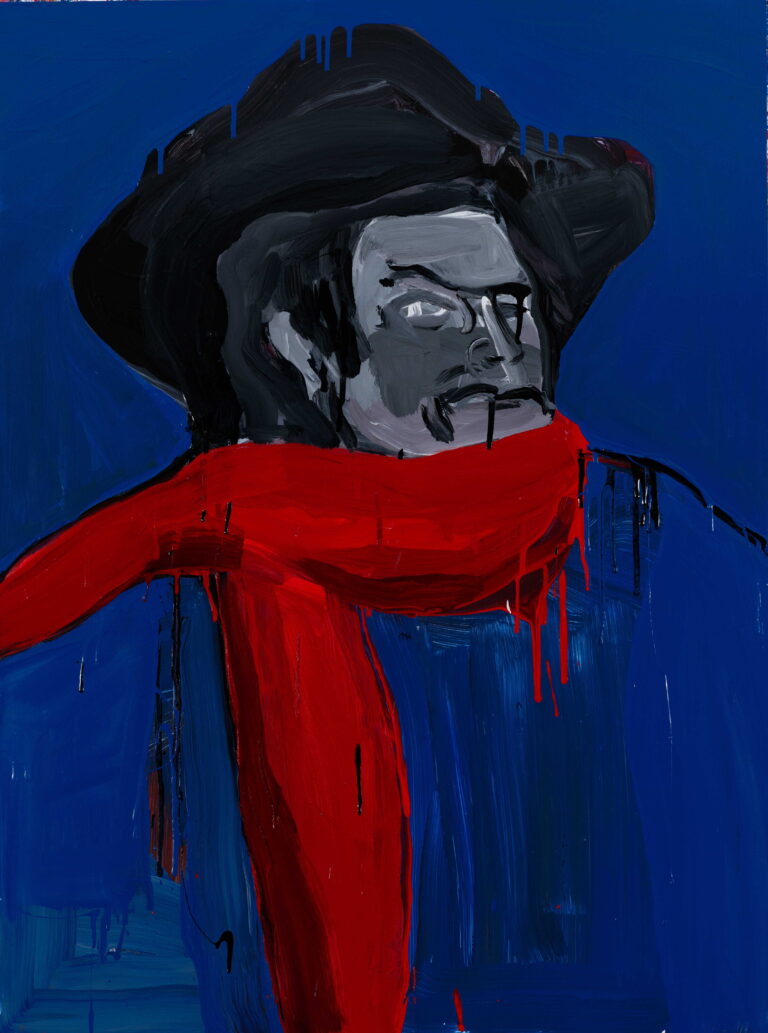 Your Fugitive’s name is Dr. Richard Kimble (after Eldorado) 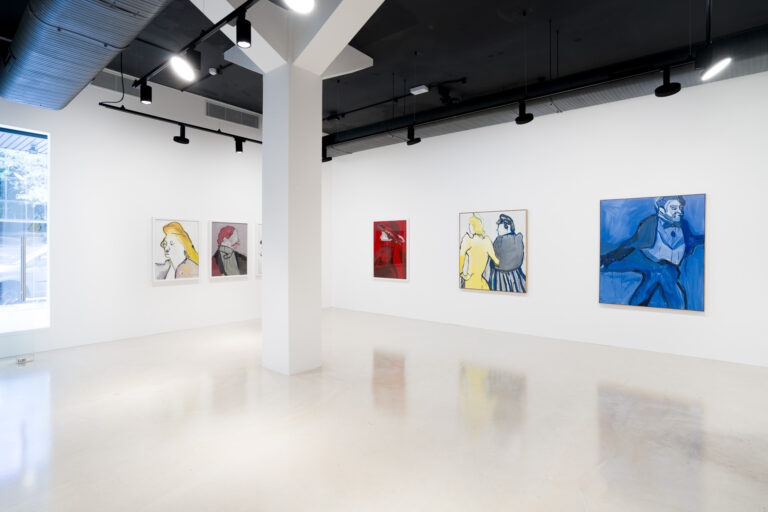 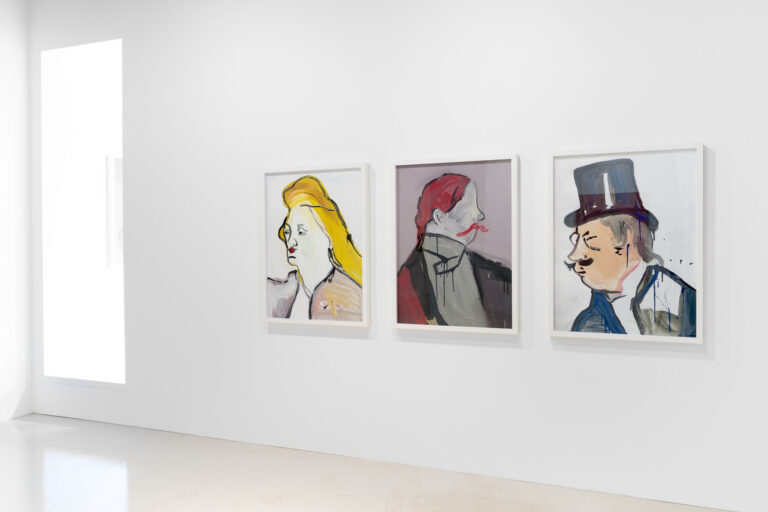 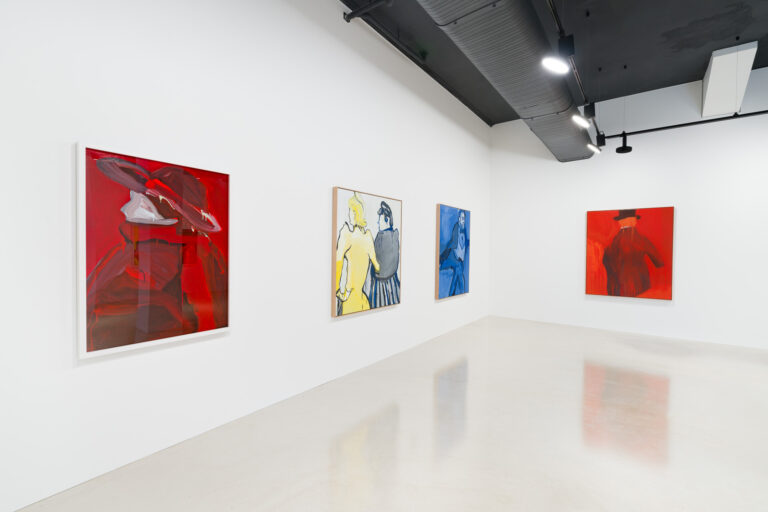 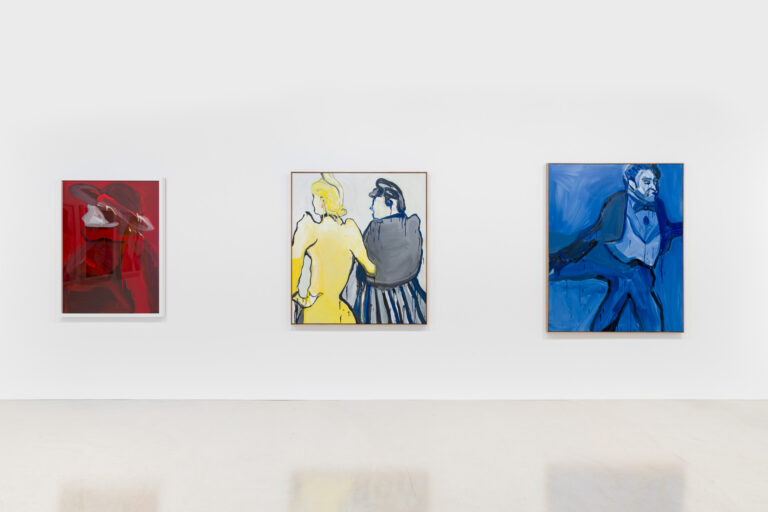 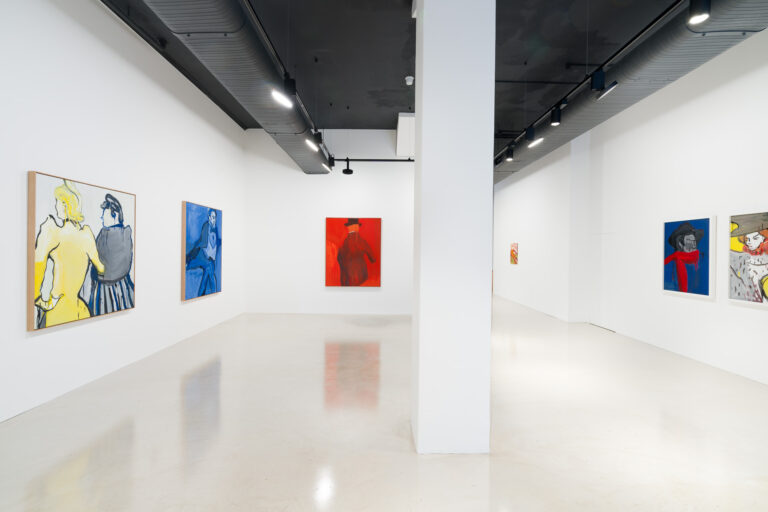 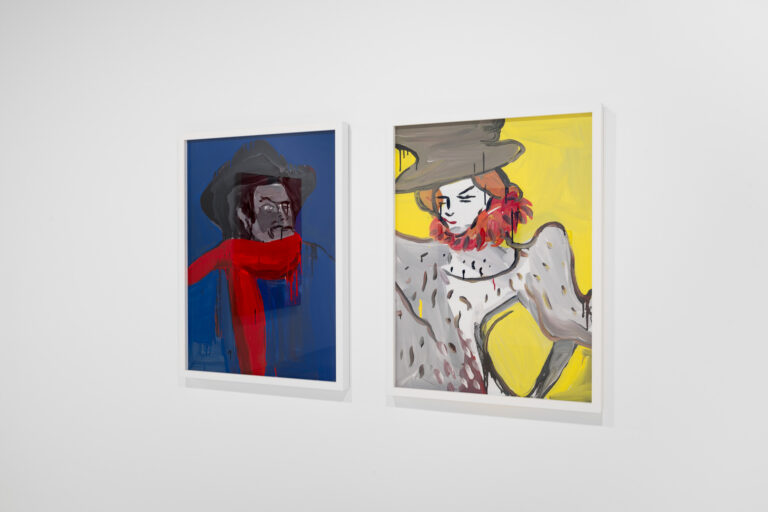 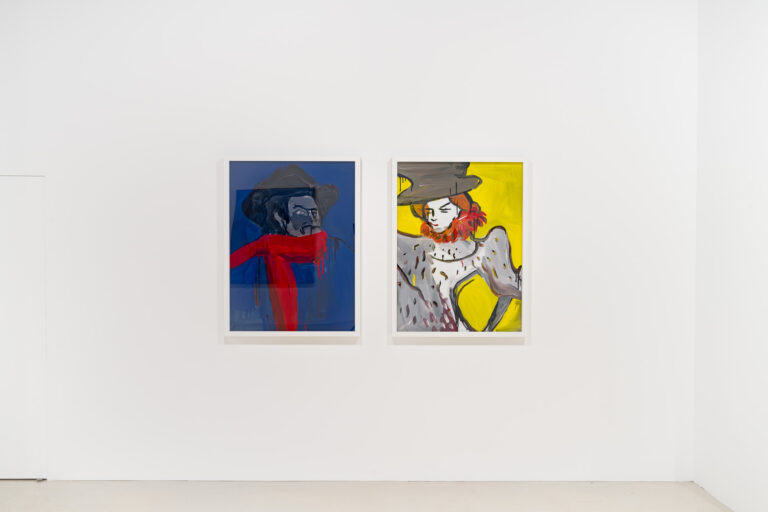 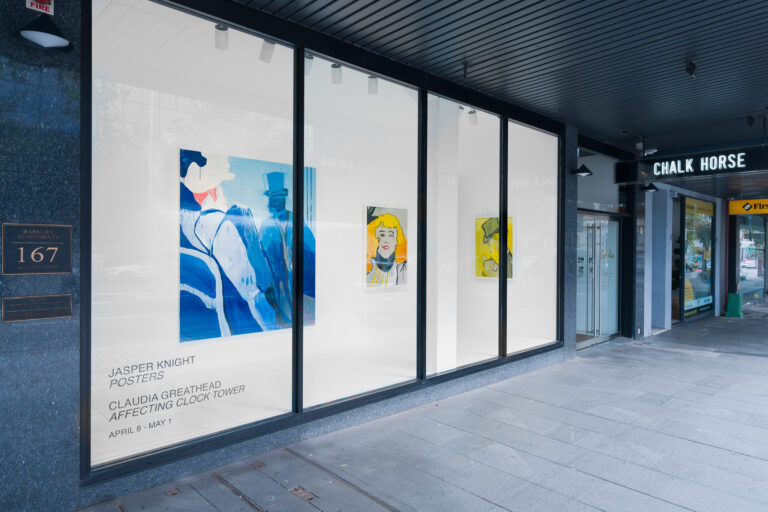 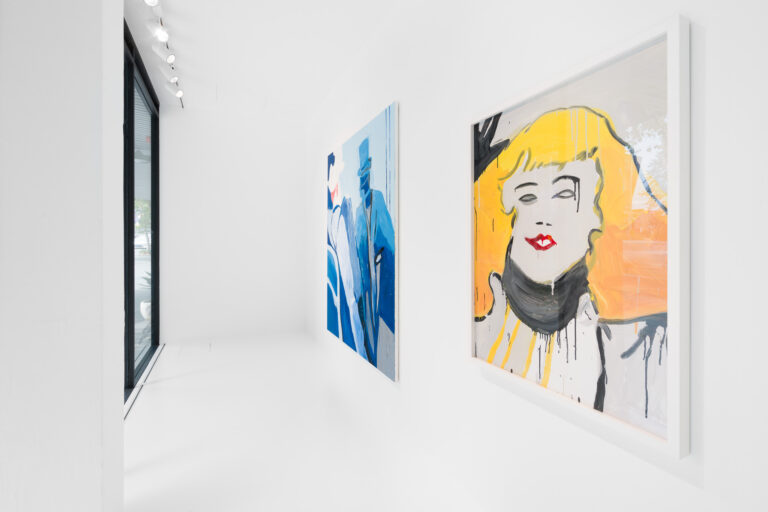 I’ve been looking so long at these pictures of you

That I almost believe that they’re real

I’ve been living so long with my pictures of you

That I almost believe that the pictures

are all I can feel

Jasper Knight’s latest exhibition Posters is a series of works that situate around the iconic commercial multiples of French artist Henri de Toulouse-Lautrec. These wildly recognisable posters depicting Parisian nightlife in the late 19th century endure as the embodiment of a cosmopolitan risqué Paris that still inspires tourism from across the globe. These images have been with Knight from a young age. His childhood bedroom was adorned with one of the Lautrec posters Divan Japonais alongside poster works by late Sydney artist Martin Sharp.

For this exhibition Knight creates paintings through a form of sampling from this source material. It is not an attempt to render the paintings in duplicate but rather to boil them down to a stock – a reduction of image where the boarders of line deepen and the details blur out of focus. The artist plays with the essential structure of the works and in a way journeys through a process of self-examination based around his own use of the line and primary colours. His take on the works highlight an element of kinetic composition in the originals – figures often moving through space and time in the hurly-burly of the Montmartre night. In this sense, these works reflect the popular musical notion of the ‘cover’. A rendering of another artists’ work that holds on to part of its original elements whilst bringing the cover artists own voice and arrangement.

Knight’s countless previous exhibitions have focused on the built environment or his celebrated portrait practice. His work is imbued with a generosity of spirit rendered in primary colours. Knight makes works that reach out to viewers rather than expecting the viewer to come to them. This egalitarian view unites the work of Knight and Lautrec. They both create works for viewers and in some ways take their cues from the essential language of the poster. They are graphic, vibrant and direct.