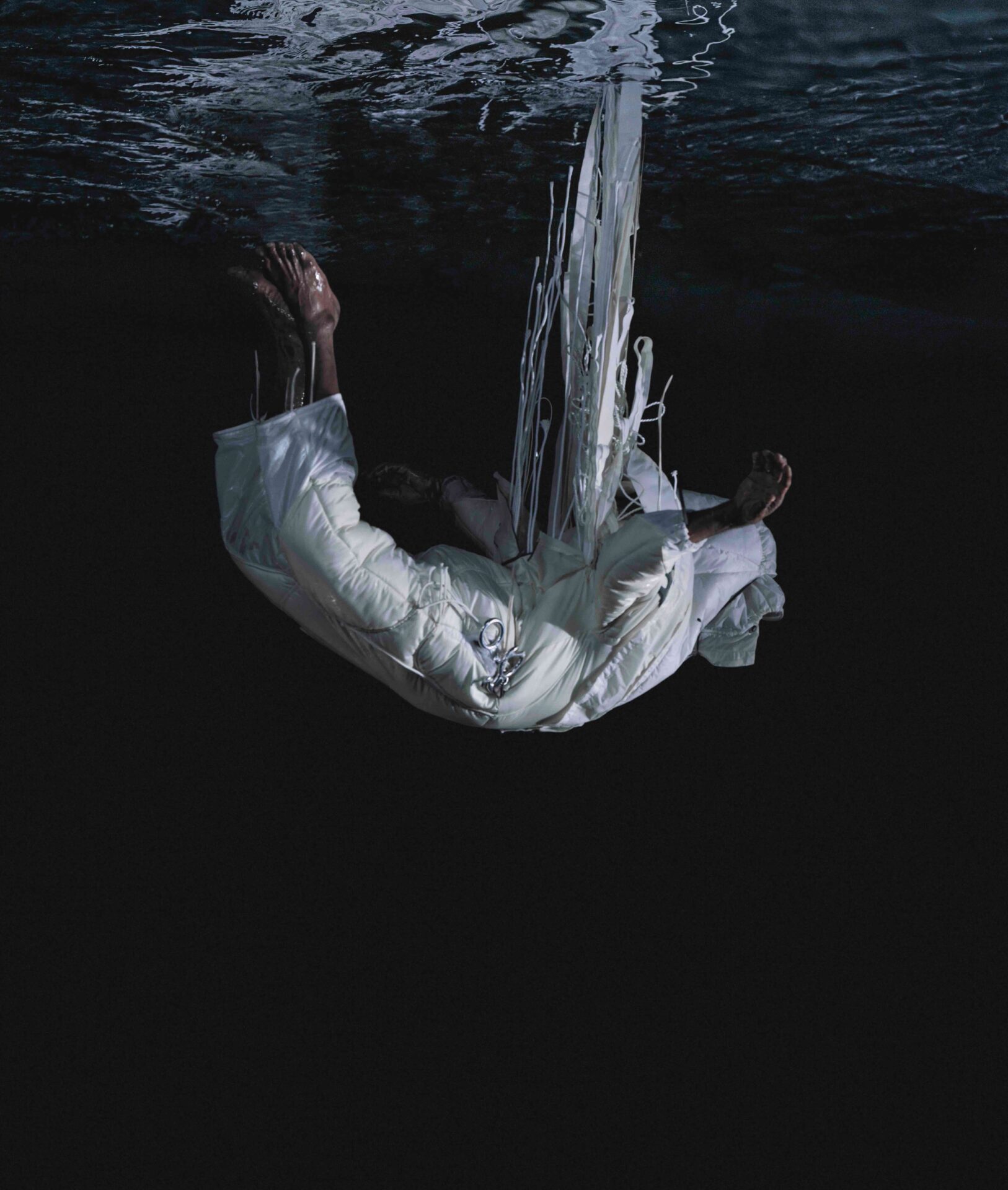 “A blindness that reaches perfection, and the awe of ecstatic seizures”

“I almost do not exist now and I know it”

The sum total distance of wretchedness

"I'll be buried here with you, And I'll hold in these hands, All that remains"

"After you exhausted what there is"

“You may think we have forgotten, that we’re naive, I’ll understand”

In his new body of work, Doctor examines the legacy of Dioxin contamination of Sydney Harbour and Homebush Bay. Rhodes Peninsula, an industrial site adjacent to Homebush Bay, was once used by chemical production companies such as Union Carbide and Berger Paints, which produced fertiliser and chlorine. Agent Orange, the chemical herbicide produced for use as a defoliant in the Vietnam War, was also grimly manufactured here. The groundwater and soil on the site became highly contaminated as various chemicals including dioxins seeped into the land. During reclamation, overflow and uncontrolled release of stormwa- ter and wastewater spilled into Homebush Bay. Dixon from Rhodes also leaked into Sydney Harbour. Unable to be remediated, the toxic waste remains spread throughout the sediments at the bottom of the harbour.

The central video piece in Doctor’s exhibition illustrates a sequence beneath the surface of a poisoned landscape, bringing to awareness this hidden history of Australia’s involvement in this deadly toxic production of Agent Orange. Images of Homebush’s historical brick pit echo throughout the room and a figure draped in white moves around dark watery space.

Doctor’s art practice can be seen as an ongoing confrontation between humankind and the environment, highlighting the fragility of mankind in the face of natu- ral forces, exposing the Faustian side of human nature and our will to contain what cannot be contained. His practice incorporates a range of artistic strategies: video, sculpture, photography and performance. Doctor also regularly collaborates with musical composers to construct soundscapes that either complement or feature as integral parts of his work.

Doctor graduated from Sydney University, Sydney College of the Arts with Bachelor of Visual Arts (Honours) in 2006, and completed a Masters of Research in Visual Arts in 2013. He is undertaking his PHD. In 2019 Doctor was a finalist in the Blacktown Art Prize and in 2018 he was a finalist in the Black Prize. In 2017 he received the (APA) Australian Postgraduate Award and was awarded the Australia Council of The Arts, Skills and Arts Development, Barcelona, Spain in 2015. He was an Artist in Residence at the 3331 Arts CYD, Tokyo in 2012. In 2011, he was offered the Janet Holmes é Court Artists’ Grant Scheme supported through the donation by Mrs Janet Holmes from the Visual Arts Court, financial assistance, Australia. Doctor has exhibited extensively in both Sydney and Melbourne, in galleries including Chalk Horse and Sherman Galleries. He has shown at the Perth Institute of Contemporary Art and at the project space at CACSA, Adelaide. His work has been screened at Federation Square in Melbourne and is held in many private collections both in Australia and internationally. His work is included in the ArtBank Collection, Australia.