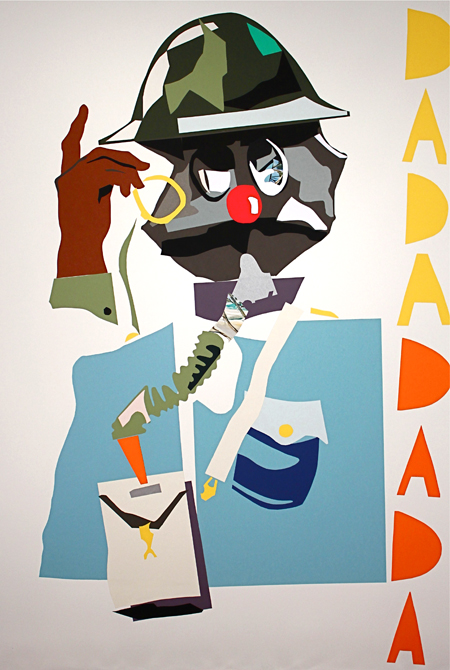 I am Tristan Tzara

In this exhibition of paper cuts and video work Watts continues his exploration of freedom and individuality. This is an extension of his work looking at Dada poetry and art as inspiration, with Tristian Tzara as a figure of particular interest. Tzara was a French-Romanian avant-garde poet and performance artist; he was also active as a journalist, playwright, literary and art critic, composer and film director, and best known as one of the central founding figures of the Dada movement.

Tzara for Watts provides the poetry and text; the character and subject of his work; and the inspirational basis of striving to understand how we are created as dutiful subjects in society. Tzara’s ‘The Elevators Song’, (sung in this exhibition by Ned Cooke from Sydney band Dappled Cities) provides a point of investigation – not only in its original content, but also in the revelations that have arisen through Watts’ own translation. Through his dissection and reawakening of Tzara’s work, Watts has entered into a kind of collaboration, not merely lifting text from Tzara, but continuing his project – picking up from where it was left off and transporting it to a new existence. ‘The Elevator’s Song’ is of particular importance as it represents Tzara’s absurd and nihilistic approach to law, religion and society at large; his belief in total anarcho-individualism.

Toby Schmitz, the actor and playwright, played Tzara in the critically acclaimed 2009 Sydney Theatre Company production of Stoppard’s Travesties, and acts as the primary mediator of Tzara for this show. Watts’ collaged portraits are uncanny amalgamations of both Toby and Tristian. This binary identity that oscillates between the actor and his source embodies Tzara’s own intention of unsettling the stability of a person’s subjectivity. In this video performance, Schmitz has revisited his previous take on Tzara and also addressed the absurdity he finds in his own life, creating a work comprised of fiction, recollection, poetry and realism.

How do we define ourselves? Are we really free? What is the limit of liberty? The questions that Tzara asked at the beginning of the century are still pressing ones. The notion of self-sovereignty is still an idealists’ dream.

Talk me through the freedom of Man, he asks in the mirror wearing a Fedora, wearing his breast.
More than his love, poetry haunts, poetry breathes like a beggar on the front porch. Affronting, hopelessly too sincere.
It dies for a morsel of that visceral courage that would forthrightly set him on his way it liescoosshits its own pants and never retreats.
A thousand concentric cries to the pits of Dante’s Hell.
Hanging in corners on Trial. Darkly hovering and waits.
“I dreamt of Montmartre last night”.
He dreamt of martyred saints, tombstones on mounds of decapitated saints, of winding roads and out-of-control motorcycles without riders without Law.
He longs longingly to remember for a long time from now although existence is elsewhere. Faces are thoughts, feelings, associations so that transcontinental passports lie in their indexical exactitude.
Another body: a stranger’s? Or his own?
Diaphanously strange
Lies,
Lies awake. At our follies, at bowing doorways and asks for more.
“Where are you?” he asks.
On skin, perchance upon a mouth. But nowhere Impermanent.
And yet –
History records his lost aspirations which are never his own – but mankind’s – misplaced someplace on the distempered islands of a phantasmic self
Where he stands
A-drifting……………………………………….
Presenting.
Imagined in the image before him. 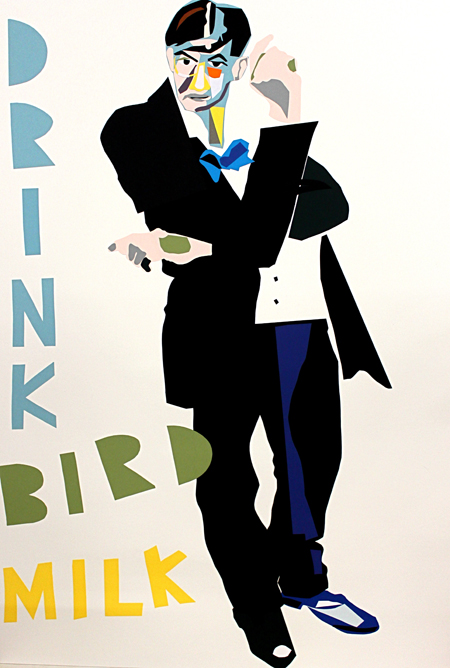 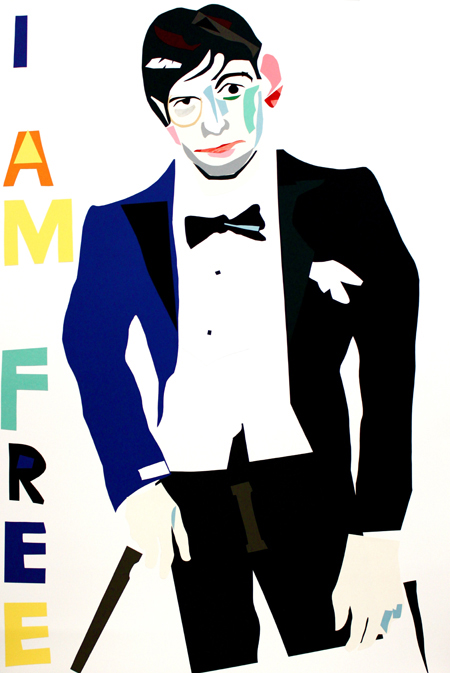 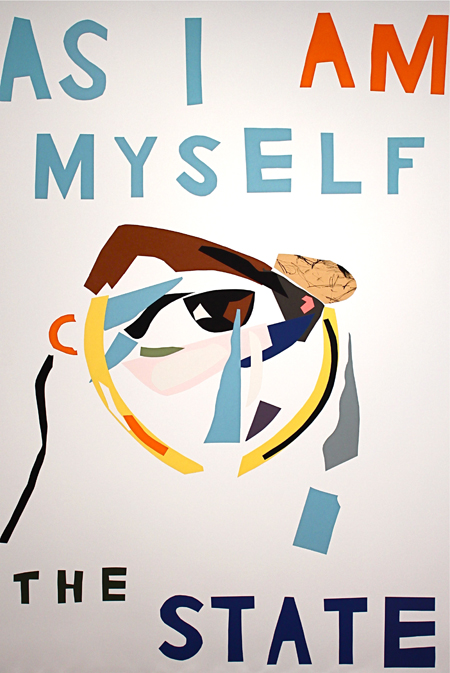 I am the State 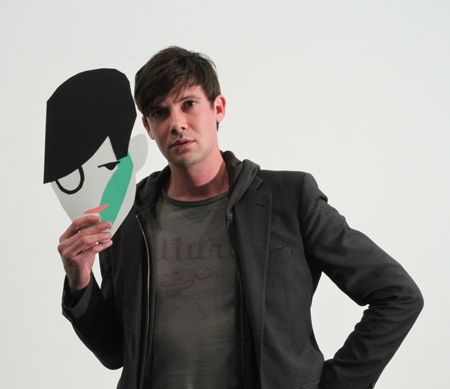 I am Tristan Tzara (Toby Schmitz) 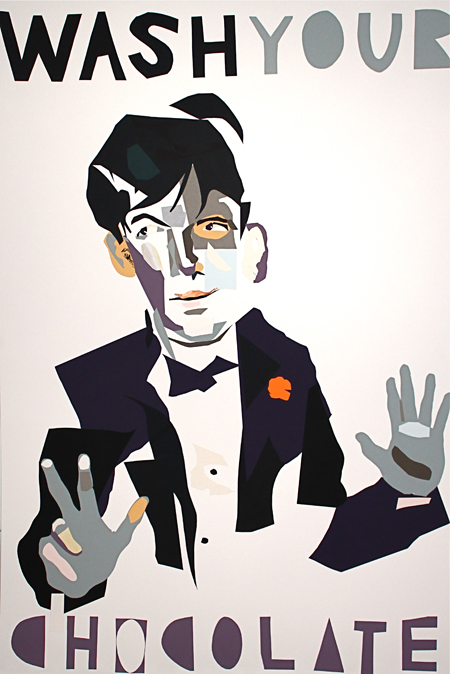