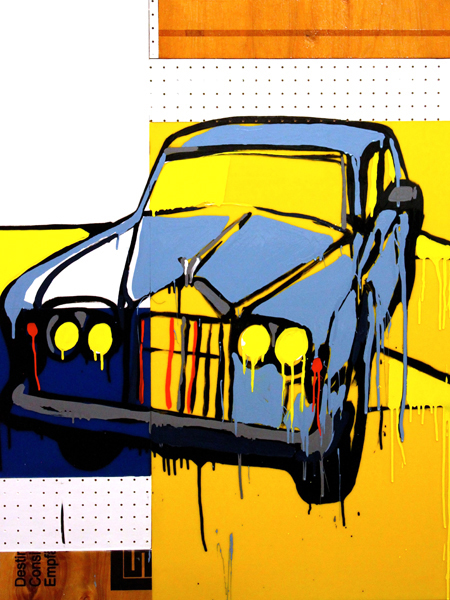 Chalk Horse is pleased to present Come Together, a group exhibition featuring a selection of our stable artists.

Fergus Binns’ 2004 work ‘Untitled (Gang Sharing a Sambo)’ has an edge of naivety that renders such a seemingly mundane mis-en-scène with an innate attractiveness; indeed, the aerial perspective gives us a kind of voyeuristic perspective into Binns’ brain more that it does the scene at hand.
“By killing or mummifying the image I find it easier to accept that, I’m getting older, decaying and one day I’ll die and fuck you painting, I’ll kill you before you kill me, but I’m glad you will live on.”
(Fergus Binns, 2010)

‘1975 Rolls Royce Corniche Turbo’ 2011 by Jasper Knight explores the relationship between material and subject and between constructed object and painted surface. The provenance of the featured vehicle is particularly of note as it belonged to the late Michael Jackson and was intended as a wedding present for one of his children. Now immortalised on Knight’s constructed collage-like signature board, heralding Knight’s hallmark primary colours, this work is nothing if not iconic.

The son of a father who insists that “only real men wear pink”, Julian Meagher’s latest body of work is an extension of his ongoing investigation into modern-day masculinity; it’s rituals, it’s boundaries, it’s icons. The work in this exhibition presents us with a marriage of interests, every element is balanced by its counterpart. Where there is masculine, there is feminine, where there is blue, there is pink, and where there are elements of the foreign and exotic, there are bold trophies of Australiana. (Kat Sapera, 2011)

In her Lucky Tiger series, 2009, Laurel Nakadate project enlisted the help of anonymous, middle-aged male volunteers from Craigslist. The group sat in a circle with fingers covered in ink, passing around photos of the artist in poses reminiscent of 1950’s pin-ups. The meet culminated in unique photographs individualised through the touch of their handlers, the result leaves an indelible trace of spectators’ interaction whilst Nakadate maintains her agency in the face this voyeuristic game via the construction of her own exposure. This work is held in the Saatchi collection and is currently on display at MoMA’s PS1 in New York as a part of a major retrospective exhibition of Nakadate entitled Only the Lonely.

In this paper collage The Dancers (I am free) Watts continues his exploration of freedom and individuality. This is an extension of his work looking at Dada poetry and art as inspiration, with Tristian Tzara as a figure of particular interest. Tzara was a French-Romanian avant-garde poet and performance artist; he was also active as a journalist, playwright, literary and art critic, composer and film director, and best known as one of the central founding figures of the Dada movement. 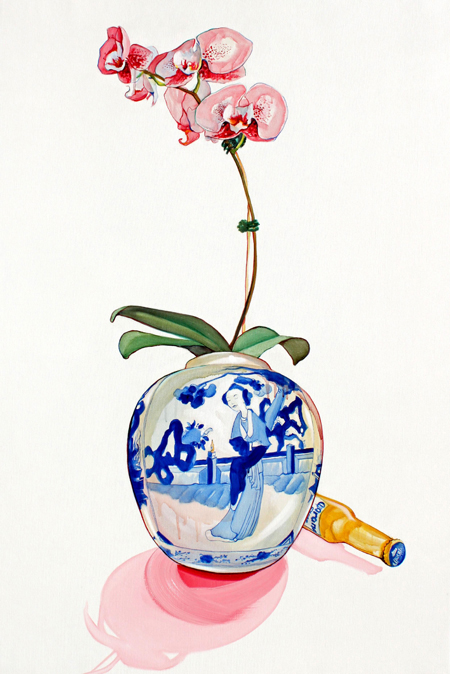 From Where You'd Rather Be 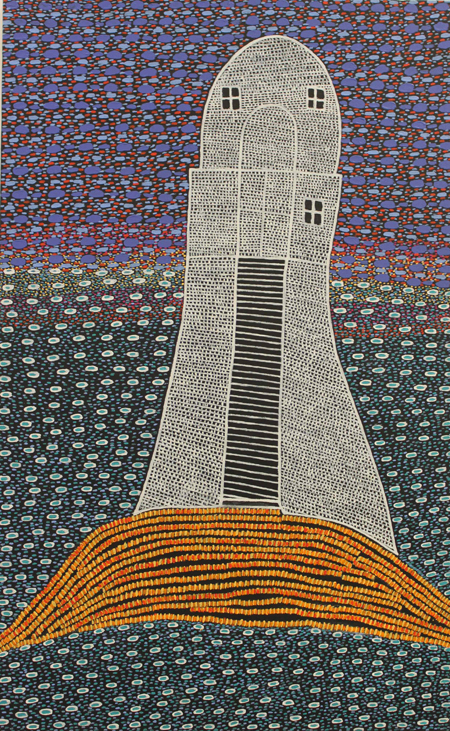 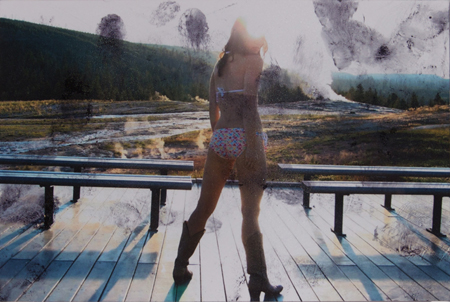 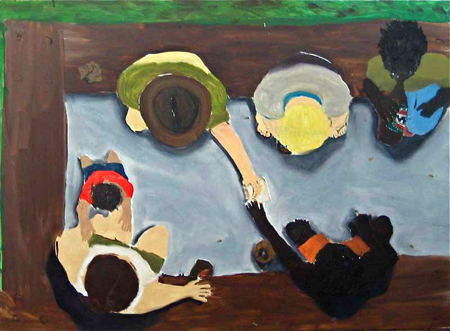 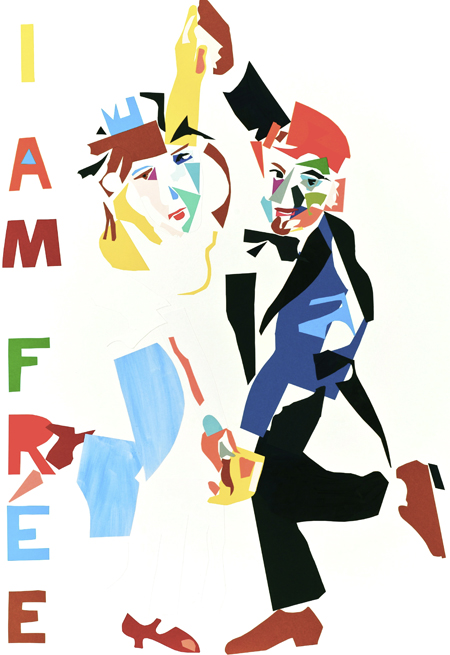 The Dancers (I am Free)