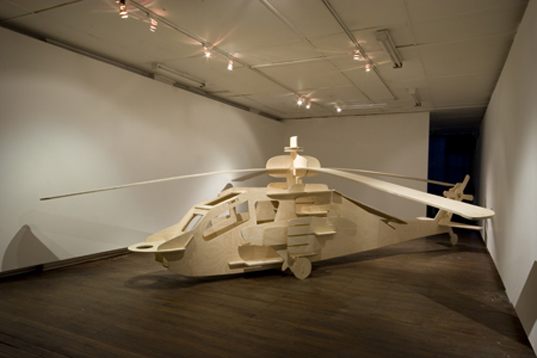 “Our whole life is but a greater and longer childhood,” Benjamin Franklin

The title of this show, “Apache,” refers to the AH-64 Apache advanced military attack helicopter, armed with Hellfire anti-tank missiles, Hydra rockets and the most powerful Gatling gun ever created. This all-weather day-night helicopter was designed specifically to fly low to avoid detection and has an infrared suppression system to combat heat-seeking missiles. Although the first prototypes were tested in the mid-1970’s, they are still in use today. During Operation Desert Storm they were responsible for the destruction of over 500 tanks and numerous armoured personnel carriers along the so-called “Highway of Death”. Like the M-16 rifles of the Vietnam War, the Apache helicopter has become a classic of military industrial hardware.

The centre piece of Jasper Knight’s extraordinary new show is a 1:2 scale model of the Apache assembled out of 37 pieces of inter-locking high-grade marine plywood panels. In Knight’s transfiguration, a high tech killing machine has been lovingly recreated as a giant children’s assemblage toy: measuring 7m long, 2m high, 1.5 m wide, with a blade-span of 6.5m. Artists have traditionally adopted contrary attitudes towards the products of industry. But Knight’s attitude to the Apache is neither that of the anti-machine Luddite nor is it especially celebratory of a “machine” aesthetic. The aesthetic at issue here is, rather, the aesthetic of toys: bright, stylised and designed according to the imperatives of play. 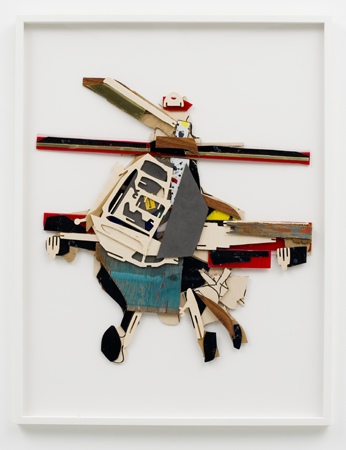 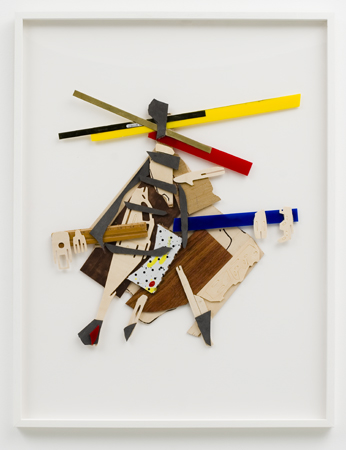 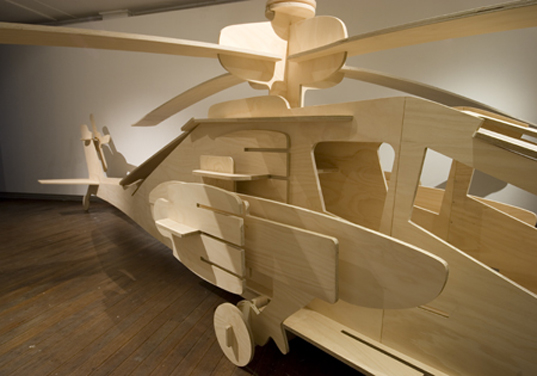 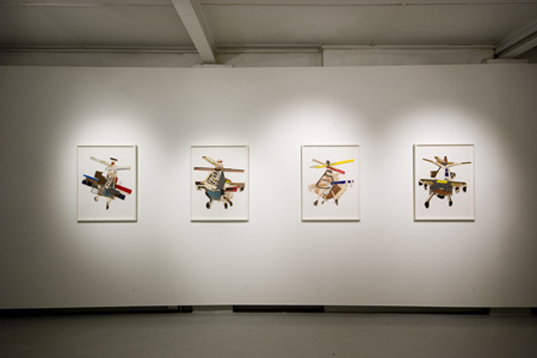 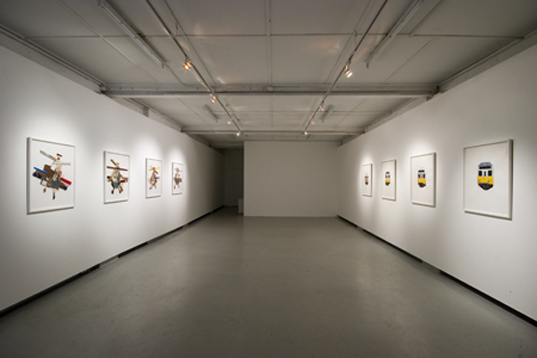