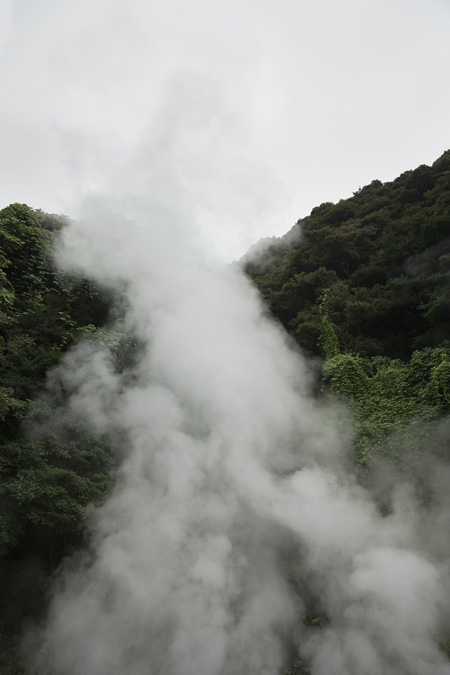 In 2003, American photojournalist Sara Terry founded The Aftermath Project, a non-profit committed to ‘telling the other half of the story of conflict — the story of what it takes for individuals to learn to live again, to rebuild destroyed lives and homes, to restore civil societies, to address the lingering wounds of war while struggling to create new avenues for peace’. Terry was prompted by what she saw as the loss of the ability to make meaning of historically traumatic events amid the unstoppable torrent of real-time moving images on electronic media. Terry argued that we are losing our visual literacy, citing the late author Neil Postman: ‘we have transformed information into a form of garbage and ourselves into garbage collectors’ (1997). The counter to this, Terry proposed, is storytelling: her organisation set about funding photographers to tell the stories of what happens once the media circus has moved on, once the causative ‘event’ — the natural or human-made disaster — had passed, leaving the (now forgotten) wreckage in its wake.

Terry’s project literally falls within a discernible genre in contemporary art and documentary photography, variously called aftermath or late photography. Such work is marked by its stillness, its melancholy, and its frequent appeal to painterly aesthetics, invoking the sublime, beauty or the picturesque in search of a visual language to arrest our attention and keep it from immediately sliding onto the next atrocity. Not surprisingly, aftermath photography has been accused of the moral infraction of aestheticizing suffering, as David Campany argues: ‘In its apparent finitude and muteness it can leave us in permanent limbo, obliterating even the need for analysis and bolstering a kind of liberal melancholy that shuns political explanation like a vampire shuns garlic’. Yet, such criticism overlooks the many complex ways in which beauty and the sublime have been theorised as operating in contemporary art, for example, to short circuit habitual ways of seeing, to dignify tragedy, or to forge connections between the viewer and those traumatised. There are strong grounds to suggest that aftermath photography complicates our understanding of traumatic events, compelling us to consider that the trauma does not stop once the storm moves on, the peace is declared, or the nuclear explosion mopped up. It may well be that the question of what is to be done once the smoke clears is far more confronting.

To evoke an understanding of the aftermath of historical trauma is all the more challenging when that trauma does not leave conventionally visible traces, such as scars on the landscape, wrecked vehicles and bullet-ridden walls: how do you represent a silent and invisible poison like radiation? How do you visibly register absence?

This is the challenge Sam Doctor set himself in his latest photographic and video work You must go on. I can’t go on. I’ll go on. In August last year, Doctor gained access to film within the exclusion zone of the Fukushima nuclear plant. He was offered false cover by two residents, a father and daughter, who pretended he was the daughter’s fiancé as they set out, on a strict time allowance, to inspect their damaged home. Police patrol every cross street in the exclusion zone on the pretext of protecting public safety but in effect enforcing the government’s strict secrecy around the site. Doctor captures these former residents in their hazmat gear, looking more like a forensic team than displaced people. But their white suits invoke mourning as much as (symbolic) protection from invisible toxins: they are at the same time victims, witnesses and detectives. The landscape they once inhabited is still and beautiful, yet not only uninhabitable but positively lethal.

Doctor uses video in tandem with photography, confounding the notion that ‘photographs taken come not just in the aftermath of the event, but in the aftermath of video’. Here each medium complements the stillness of the artist’s gaze. The composition and titles of the stills reference German Romanticism and the cult of the sublime, as well as make explicit the aesthetic masking of terrible human and environmental damage. The video follows the residents on their solemn ritual of mourning and inspection, but juxtaposes this with the slow billowing steam emanating from the geothermal landscape of Beppu in southern Japan, a place known by locals as Hell. Hot springs are renowned for their therapeutic effects but, in a powerful contrast, the artist instead harnesses their ability to embody the pervasive toxicity of radiation.

Georges Didi-Huberman laments that, ‘Today there are countless images of organized violence and barbarism. Televised information manipulates the two techniques of nothing and excess wonderfully well — censorship or destruction on the one hand, suppression by means of proliferation on the other — to obtain the best results in terms of blinding. What can be done to counter this double constraint, which would like to alienate us to the alternative of seeing nothing at all or seeing only clichés?’ Doctor’s art steps into the fray to offer us another story, another way of seeing.

This work would like to acknowledge, the residents of The Fukushima prefecture who may have passed or are still displaced from the 2011 earthquake and tsunami and the ongoing effects from the Fukushima Daichi nuclear disaster.
I would like to make a special expression of gratitude to Jason Waite, Keiko Takahashi, Alexi Glass-Kantor Melissa Ratliff, Dr Phillip George who made this work possible.

This project was assisted by a grant from Create NSW, an agency of the New South Wales Government and supported by the Visual Arts and Craft Strategy, an initiative of the Australian State and Territory Governments. The program is administered by the National Association for the Visual Arts (NAVA).

The Wanderer and the Mist

You must go on. I can't go on. I'll go on. Installation View