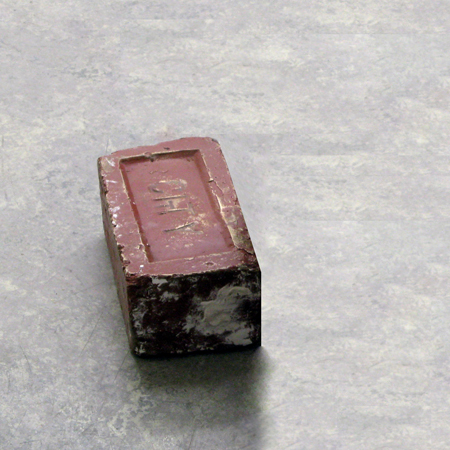 Things Fall Down. Sometimes We Look Up.

OUT OF THE FRY PAN AND INTO THE FIRE
Meredith Turnbull

The first time I saw Sanné Mestrom’s work was in 2005 in a now defunct gallery in the basement of a city building in Melbourne. In the windowless bunker of Spacement Gallery a multi-panelled watercolour drawing stretched out before me like an architectonic horizon. All I could see initially were lines, beautiful linear strokes in a myriad of grey – graphic representations of space, folding maze-like ad infinitum – concrete poetry. My brain flashed through images; the buildings in Fritz Lang’s Metropolis, black, white and grey, the high contrast of the German Expressionist film palette, the sweep of movement and dynamism of the Futurists. Each time I viewed Mestrom’s work, from one white cube space into another, something would capture me. The lift and flux of the artwork would offer some kind of visual alchemy. She would shift materials – a moment of Guttai manifesto – and in doing so, shift the meaning and resonance of each work.

In a recent exhibition An Ideal for Living at Linden Gallery white polystyrene balls bounced and danced within a central-heating floor vent. Their agitated popping provided an ecstatic moment between a series of works created in and around the conventions of painting (Questioning the Edge of Painting, 2008). Mestrom continues to apply this ensemble approach to exhibitions, using several strategies to provide a word play of objects and images, reflexive and unifying, forming and informing each other.Language is key, text appearing in/directly in the work, titles reinforcing verbs and adjectives as actual, tangible spaces. Falling down, the cutting edge, still life, Will judgement hurt when it falls on you?, Standing on the shoulders of giants – Mestrom plays with words, literalising the metaphor. Whatever the metaphor the artist works with, the concept is prime.

Materials are transposed, transcended and the artwork becomes a series of experiments and questions about meaning and belief. What do we know as fact? What are our truths? What knowledge and experience do we share? She explores the delicate and liminal spaces within this ontological study – that harbour instability, uncertainty and doubt. A simple shelf becomes a folding arc, by deception not gravity, as masking tape adheres tacitly and acrylic bends gently with little pressure. These objects, sculptures and photographs are all moving from crisis point to precipice. Out of the frying pan and into the fire. Mestrom’s recent installation in a disused suburban function centre in Melbourne further distilled these concepts and shared the same title as this current exhibition at Chalk Horse. In Things fall down. Sometimes we look up., for Rembrandt’s: 9 Installations (2008) the artist covered the interior of a liquor-room with metallic silver adhesive vinyl. The morning light through a glass door transformed the space, filling it with golden light. One gesture, a carefully chosen material and a natural light source created a golden cube – true alchemy. In much the same way, Things fall down. Sometimes we look up. at Chalk Horse in Sydney is perhaps a lesson in physics, Newton’s law of universal gravitation, or another lesson – that when things fall apart, we look upwards. Mestrom recognises loss as a natural consequence of living and she divines, not in a religious way, but rather metaphysically, for some pattern and reason in the Universe.

Meredith Turnbull is a Melbourne-based artist and writer. She
is currently Gallery Manager/Curator of the VCA Margaret
Lawrence Gallery, Melbourne, Australia. 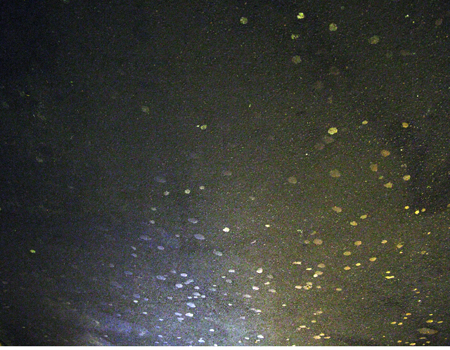 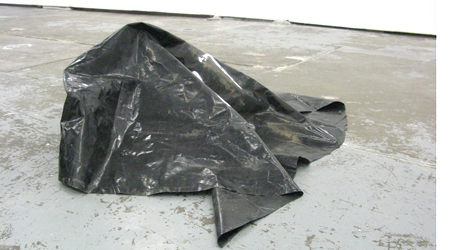 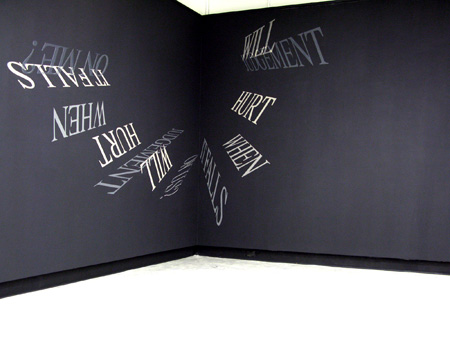 'Will judgement hurt when it falls on me?' 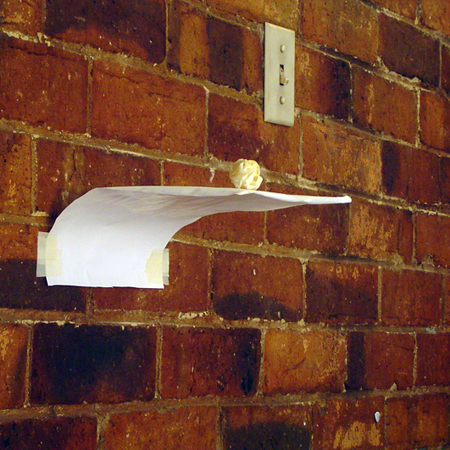 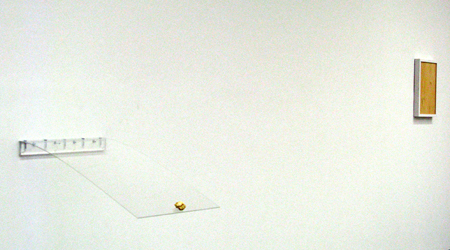 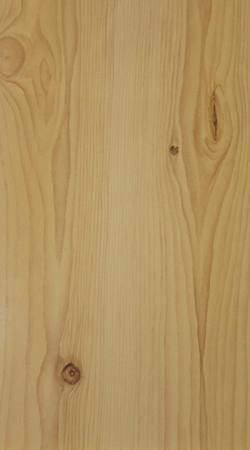