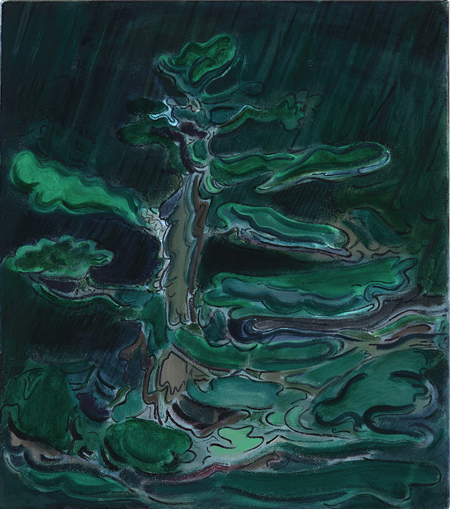 Traditionally the vision of the Romantic artist is a person freed from all constraint, responding to his passions and “muses” with total directness. The concept still figures, regardless of particularly feminist and other post- modern critiques, in the public consciousness. The contemporary artist is beset as much as anyone however, by the anxieties of identity. They work somewhere between conformity (to society, to family and to artistic values) and the freedom, or non-conformity to be their own person, to perform their own authentic voice. Something that characterises the contemporary is that even artists feel unable to wholly claim freedom and autonomy.

To get around this bind Seth Birchall has created a more free (perhaps more modernist) alter ego. Birchall’s painting style itself references various modes but mainly from modernist avant-garde history. I can see Manet’s cats, Munch’s trees, and Van Gogh’s pines among others. There is a strong Symbolist bent. But this style is in quotation marks, the ironic wink of a painter called Gilman, the Earth Guardian. Birchall relates the creation of this figure below:

I was thinking recently on the origins of this character. He initially came to me as I was lying in bed in a hospital sick, with the sight of green washed walls and the smell of a sweltering tropical heat invading my dreams. I was unable to move very much, unable to read, and uninterested in the television on the wall. What I did find was that music had a profound affect on me more so than at anytime say since the first couple of times I got high and listened to Pink Floyd – at one stage I found myself levitating above the bed with a profound sense of that happy kind of life affirming sadness, so great that I knew I had approached a fork in the road and I needed to make a decision or in fact the decision was being made for me right then and there.

The manifestation of this character in fact came to me in the months after the sickness had left me. As I was struck down with some sort of post viral lethargy I found myself engaged in ‘what if’ scenarios specifically to do with imaginings of vitality and movement, or the physical freedoms I had up to this point taken for granted. As a result of my lethargy I found my world increasingly influenced and infiltrated by screen time and its spin on affect; an ennui, as well as a strange disembodiment and loss of the border between my own memories and the mediated reality I had been consuming. It was from this situation that I devised this character named Gilman, an entity unburdened by sickness, expectations or social norms. Through him I was able to create my own scenarios, my own flexible narrative and approach him much the same way a novelist develops a protagonist. In this way Gilman acts as a half lived, half imagined, painterly trick on myself. I am his creator and he is my mentor. He is supposed to paint on my behalf. The paintings in this show are structured through his narrative, arising from particular moments in his life or extending upon lines of a ‘Gillmanesque’ sensibility. His identity becomes more ill defined the more I try to grasp at and control it. It is this equivocal nature that I intentionally harness as a means of never ending visual research. 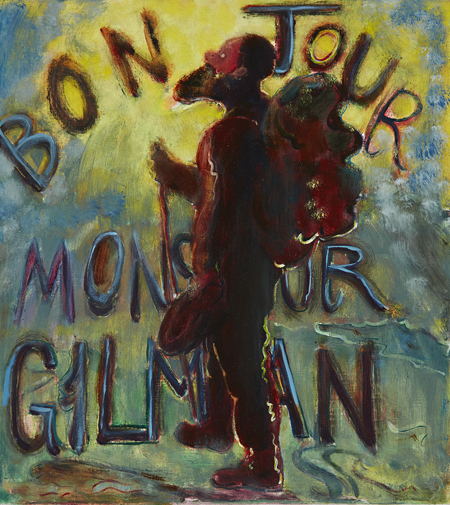 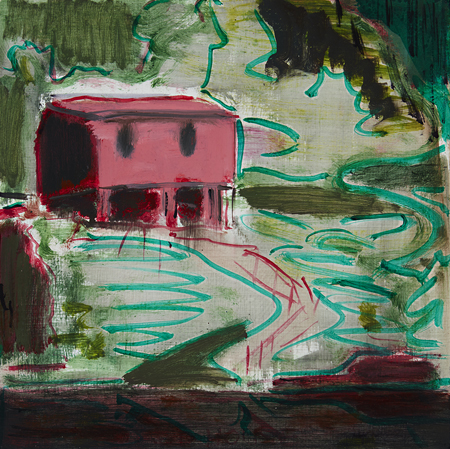 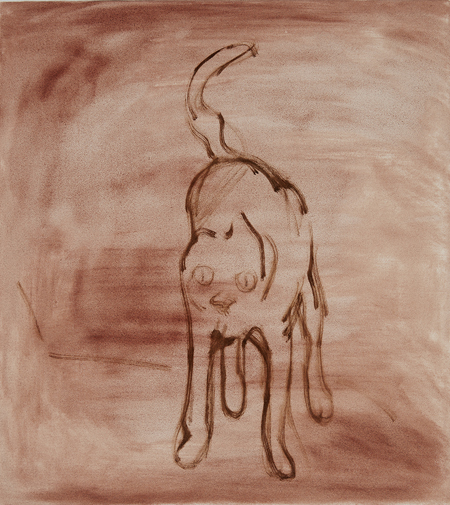 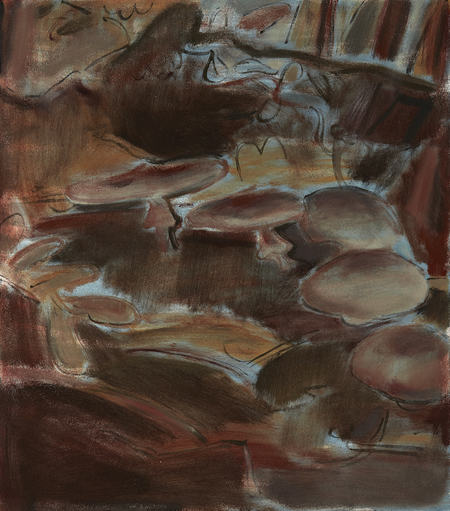 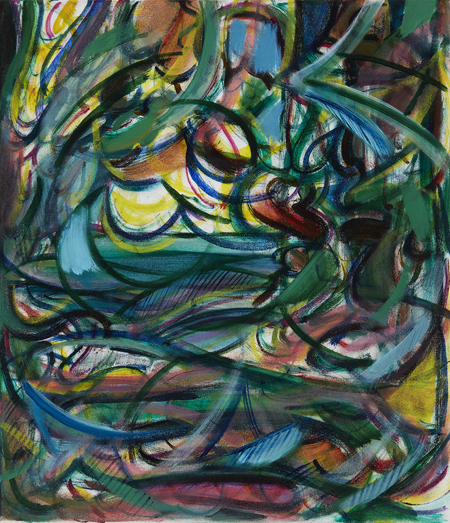