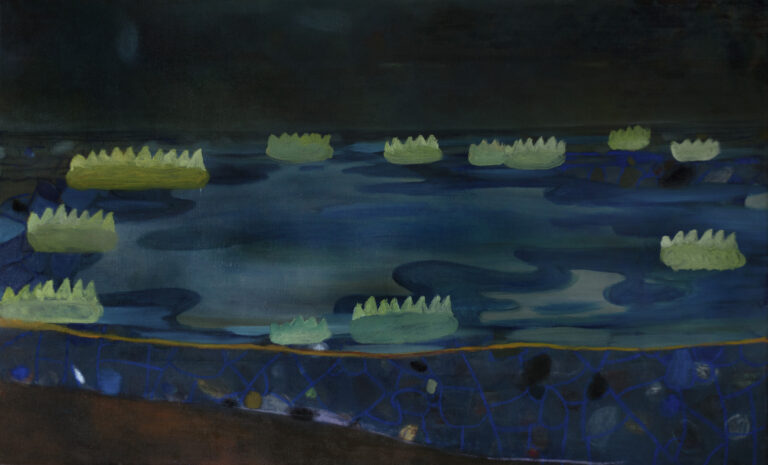 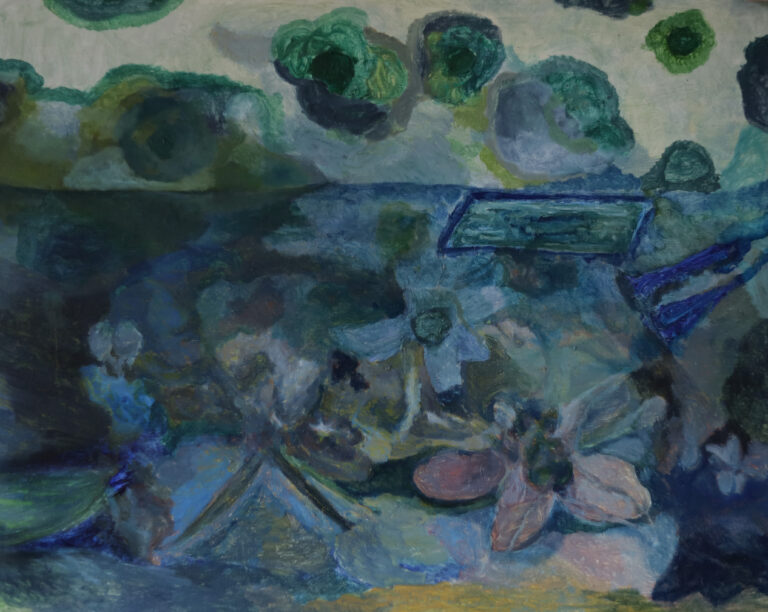 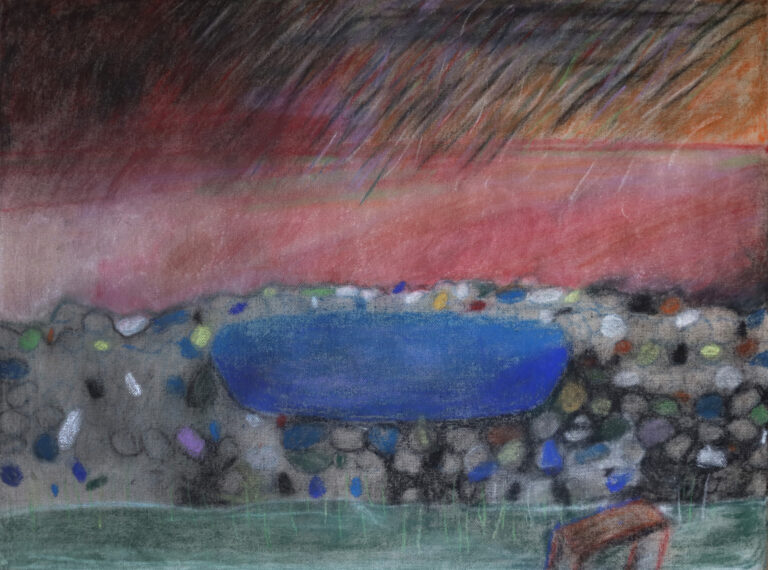 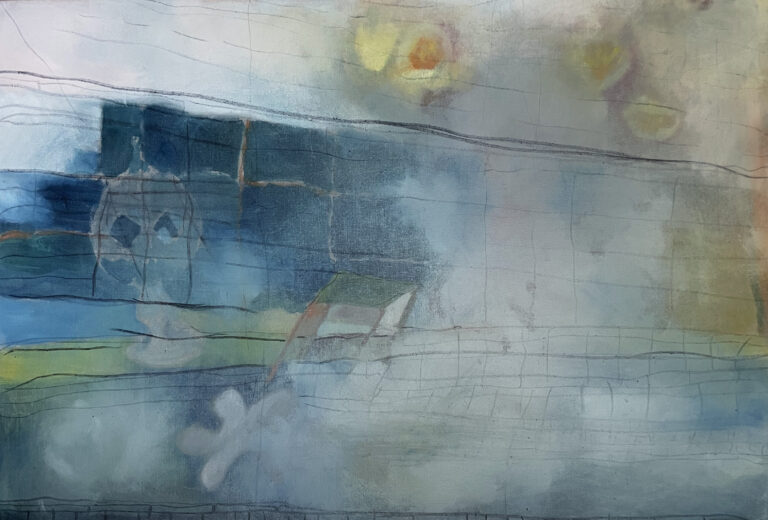 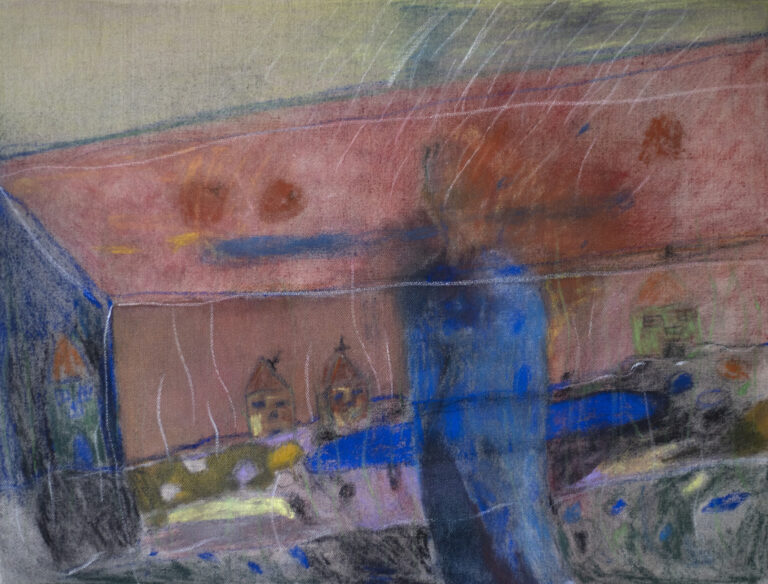 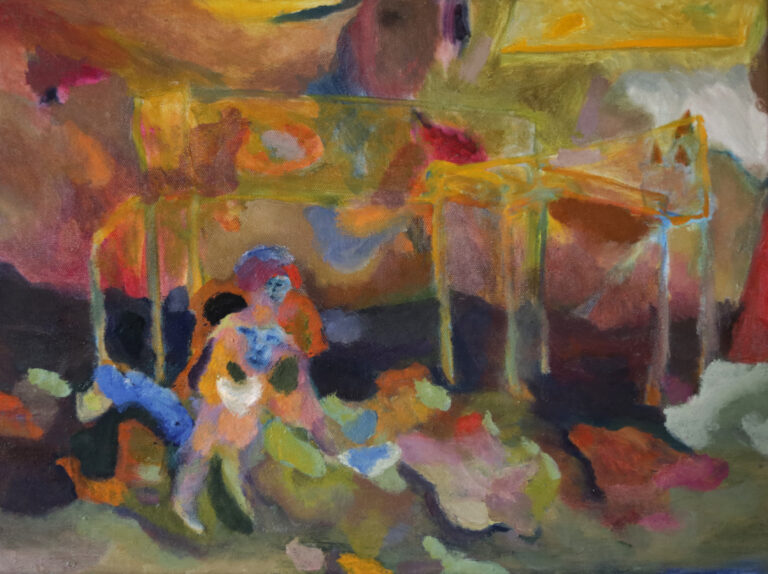 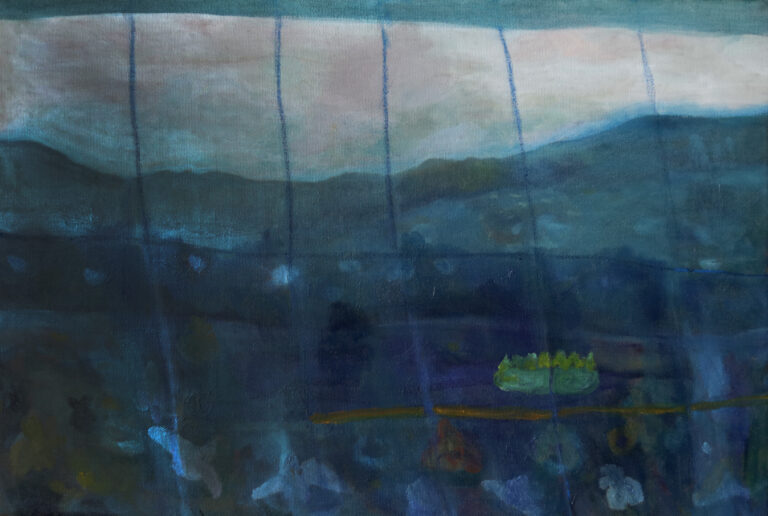 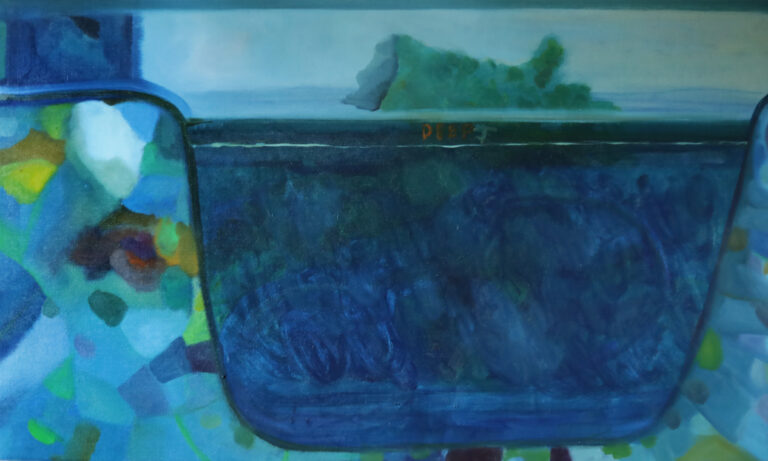 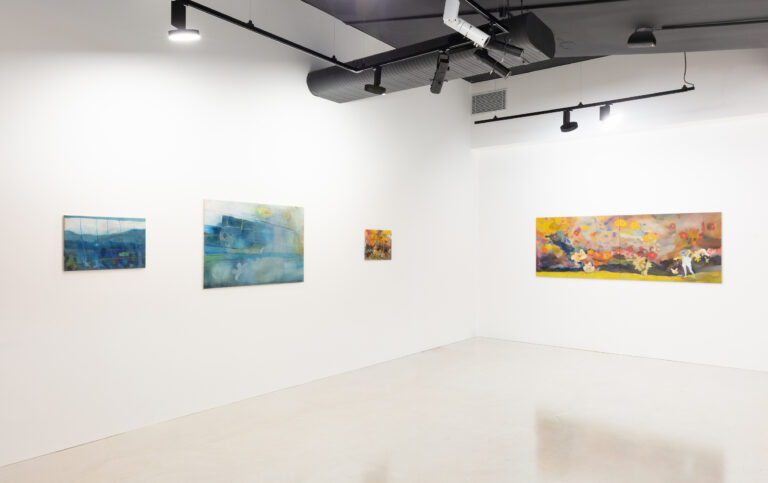 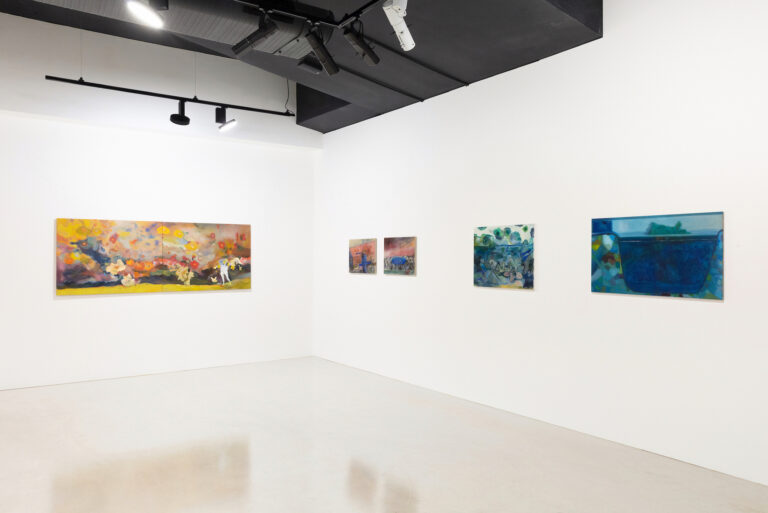 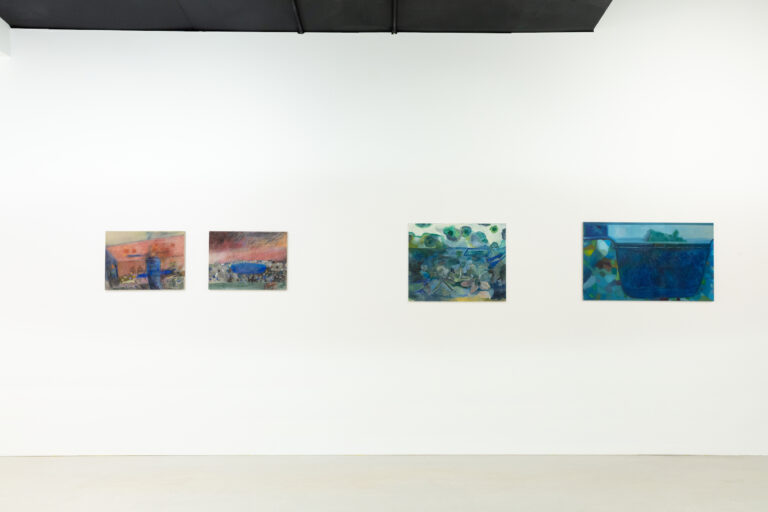 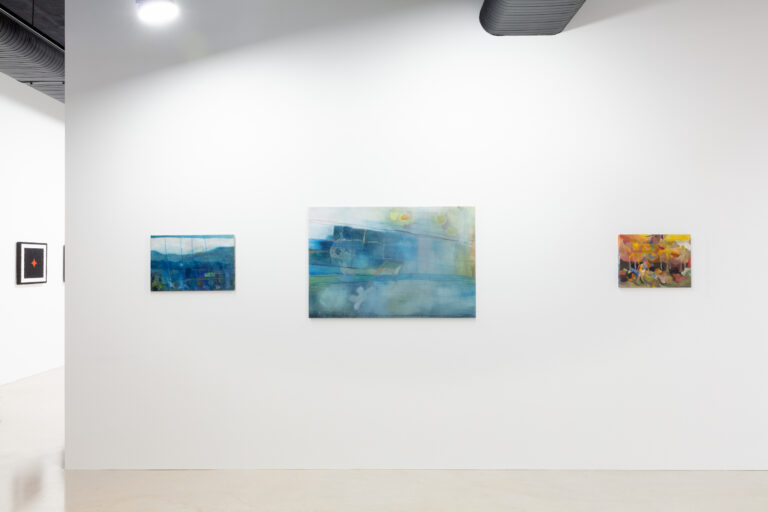 “I watch from above

hues and shades I didn’t

wading into this river

Breaking its banks, the pool gives form to the things that traverse in between its scaffolds, things that live beneath the water, things that float below the soil, creatures that move on the threshold of language. Just before this, in darkness, the pool sits still; everything contained within it a study of vastness. In memory, wading within this vastness, the empty pool attempts to remember, to recollect. As the dawn moon collects darkness, and the congealed fullness slowly dissolves into damp, misted absences, this memory creates surfaces — salmon pink fish tanks, tiled lily pads, silky precipices, blue basins — surfaces forged first to articulate, then to splinter memory. The murky depths of the pool’s edges now wedged between a clear, shallow lightness. The words used to describe, to cling onto memory now swallowed like water. The body enters a world of connections that lie below words, the vacant eye resting on eternity. The pool whispers.

Floating upon, sinking within the swimming pool, the skin peels itself translucent to the calloused knots of water. In between the weavings of time, the body drifts, dissolves, its shape solidifying, breathing, dying, as blue tiles cast a curdled shadow upon the pool — a residue left behind, drops suspended in the blue light of blurred dream vision.

It is silent underwater. Time echoes.