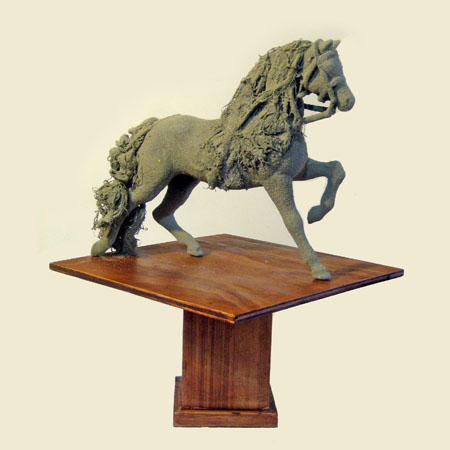 The role toys play in the psychology of a child is paradoxical. Playing with toys is an attempt to re-establish the chora, as toys are the only universe the child can completely control. However at the same time they are transitional objects; we use toys to project social relations onto objects in order to comprehend and deal with human interaction. As such toys both look forward and back.

For grownups, regret is often felt that they can no longer inhabit the escape toys offered; but adults rarely think of what necessitated such a total escape. The burden placed on the toys is the imperative for them to become an alternate universe where our existence makes sense. Perhaps our nostalgia for childhood toys is really our relief that we no longer need them. This is confirmed by the fact our toys are usually the first things we throw out, seeing them as strangely abject. Playtime’s Over is composed of the toys from Ellie and Tim’s childhood. They are unearthed artefacts, not presented as magical conduits, but as a kind of unnatural resurrection. They are heavy and atrophied. There is no catharsis in their recovery. As their meaning is entirely inaccessibly they can only speak to this inaccessibility.