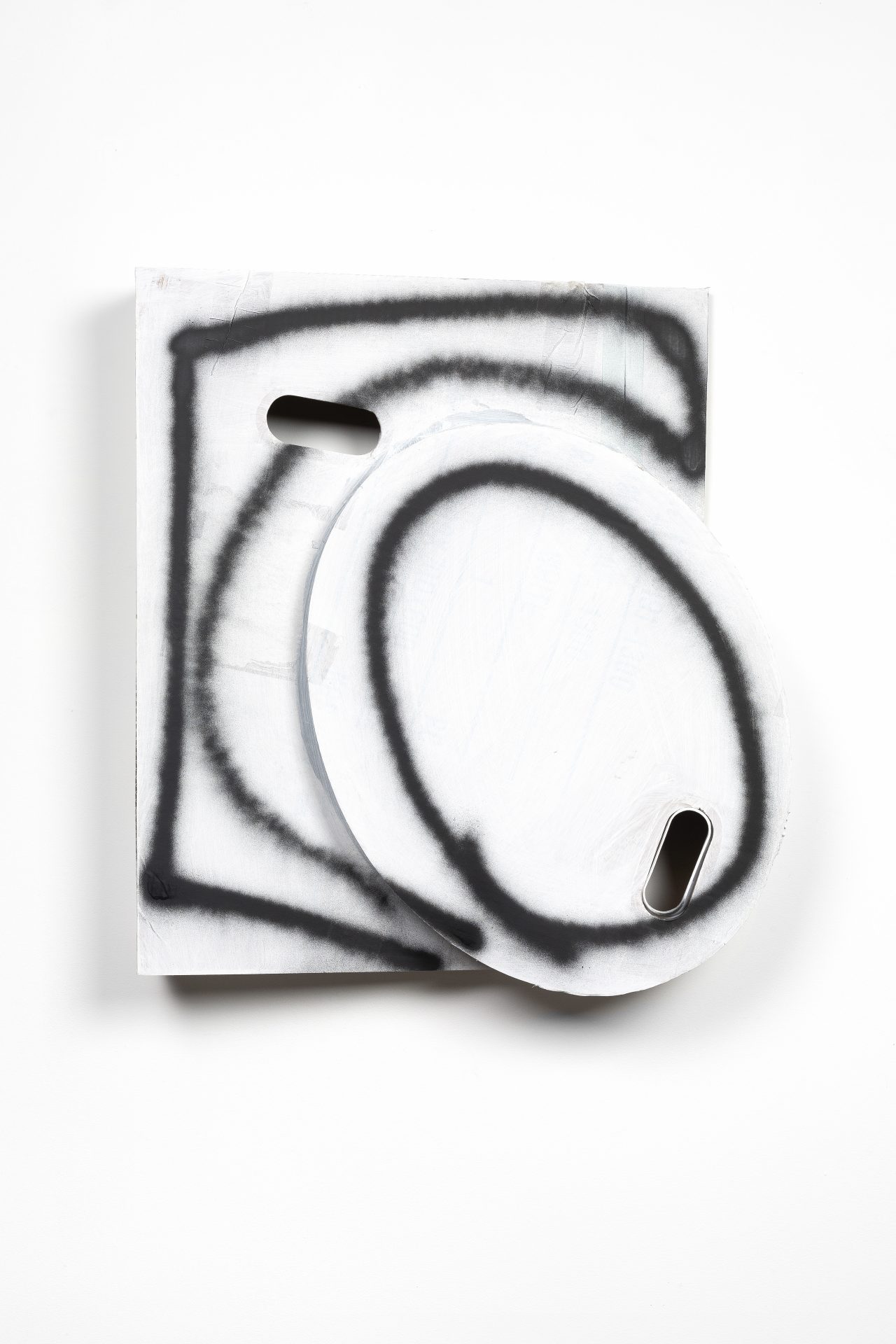 I remember my first studio visit with Daniel Hollier vividly. Sharing works with me one by one (perfectly expected given Hollier’s charming reticence), a pattern emerged. Unsurprisingly, it seemed the works he deemed his finest were shared first. Those that were most polished; finished; ready. The finiteness of these works felt uncompromising, leading to a quick exhaustion of the styles and histories that made up our conversation. Slowly, though, anomalies emerged. By this time, Hollier had shared at least a dozen works, many more dormant in their shelves (Hollier is by no means a prolific artist, but is very careful about what he exhibits and when). It was these outliers that stuck with me; fleeting excursions from assuredness; the crunchy corners of his practice that brought an instant and uneasy grin to his face when he spoke of them in a most apologetic but joyful way. His hesitation in sharing them stems, I believe, from a grappling with the significance of their incompleteness. Not so much physically, but rather with regard to their rationalisation within a complete narrative. I realised then a guiding tension in Hollier’s practice: a resistance to his own incredible technical virtuosity. How could he make something “perfectly finished” without exhausting its potential? How could he realise incompleteness? In the production of Art, like many other pursuits, we can be certain of the inextricable link between time and completeness. Negotiating this relationship is a curious and greatly significant aspect of practice. Artists can implement various devices in order to tease one or both of these variables out of equilibrium. Hollier’s work is one such negotiation.

Incompleteness is the very genesis of Hollier’s work. The objects and scenarios that Hollier sources to inform production appeal to him because of their intrinsically fragmentary nature. He is partial to them because they are partial, and therefore ambiguous. Being physically or contextually partial can be a reversal of a pre-existing or perceived completeness, or a point deemed premature along the trajectory from nothing to something. It is important to note that completion is circumstantial. For Hollier, the peculiarity of that which he comes to notice induces a sensation of discovery. The found fragments become propositions for Hollier’s manifestations, and I propose it is their “lack” 1 (an excellent term I borrow from Elizabeth Newman) that provides impetus. But Hollier is not seeking necessarily to complete what is lacking; not in an intrinsically logical fashion, anyway. Rather, the incomplete forms and scenarios set the logic for a re-materialisation, preserving or arresting their ambiguity – their “lack” before Hollier’s idiosyncratic methodologies are superimposed. It is a perturbation from the original logic of the specimen. A mutation. An alternative, collaborative manifestation: part borrowed, part invented, speaking to the interconnectedness of disparate things and events. Although the command of the readymades on Hollier remains speculative, inexplicable and undoubtedly subjective, I think their appeal lies largely in their incompleteness, their vagueness. Hollier’s translations simply offer a more precise vagueness. Sometimes the sourced content is an object such as a bottle cap or timber offcut. Sometimes it is the perfunctory gesture of a non-artist: quick guides found at building sites or doodles by children. When transferring these into his work, Hollier asks two basic questions: is the nature of such gestures really changed when transformed into art? And, how can the predictability of translating the found content be disturbed? In Picnic Mystic we see works that, having commenced with an honouring – a thoughtful abiding – of everyday material and social circumstance, are translated into playful explorations of subsequent possibilities. Hollier once shared with me, “It would be a shame for these art objects to be taken so seriously that they become more important than other realities of life.” Such pragmatism results in profound poetic provocations, which is where Hollier’s practice departs from that of builders and children.

Actualising incompleteness requires limitation, restraint. For his works in Picnic Mystic, Hollier opted for materials readily available and accessible to him, resourcing production with materials to hand, and approaching their manifestation while consciously resisting exhaustive rationalisation or labour: “I was thinking about the practice taking less but giving more.” This is not only economical but also endorses the potential for disparate pre-existing elements to forge new meanings without heavy handling or subjugation. The deception of economy, of course, is that its outcomes are borne effortlessly. A brief encounter with Hollier’s work reveals very quickly how untrue this really is. He is meticulous. His objects are well made. And they need to be. The substrates constructed for Picnic Mystic make fine sculptures in their own right. Indeed, they are sculptures. And then they become paintings. The three dimensional logic of the more irregular forms in the exhibition are destined to sacrifice one whole side for the wall. Sculptures are now grounds, like their more conventional counterparts. On solid grounds, mark-making enjoys a confident playfulness. The marks are made quickly. Or at least they appear quick. Either way, we are asked to think of quickness; of time elapsing at a pace that prohibits satisfactory completeness. Incomplete completeness. That’s where we come in.

Speaking to Hollier about Albert Camus’ The Myth of Sisyphus, he shares a favourite verse: “It is, at the extreme limit of the condemned man’s last thought, that shoelace that despite everything he sees a few yards away…”3 The sighting of the shoelace is an unexpected episode: a vagary. It is an inexplicable fragment, an excursion from an otherwise inevitable sequence. For Camus, these moments (I hesitate to call them ‘distractions’) signal liberty. These sudden acute fixations “return” us, Camus says, “to consciousness”4. “Mystics” (adopted into Hollier’s exhibition title) Camus suggests, “…find freedom in giving themselves… In spontaneously accepted slavery, they recover a deeper independence.”5 In Hollier’s work we see a faithful dedication to fortuitous circumstance adopted methodologically; the preservation of fragments granting certain liberties in his practice and its reception. A way for Hollier to practice more freely. Free, that is, from the confinement of totalising narratives and the impossible task of prematurely and comprehensively articulating or rationalising. Free within what Camus would deem an acceptance of absurdity, and what I have come to think of as acceptance of incompleteness; “… the absurd man feels released from everything outside that passionate attention crystallising in him.”6 Underpinning this notion of the absurdity of life is Camus’ constant unpacking of our ever-present existential option to suicide. Life, and therefore practice, are fundamentally defined by their incompleteness and our wilful intent to resist their completion. Noticing the shoelace is an absurdity no less absurd or real than any event surrounding it. Most significantly, the vagary represents a liberation from the seemingly inevitable, the seemingly comprehensible. Life and practice are far more nuanced.

I could have written about painting or abstraction or colour or gesture or surface or sculpture or materiality. I could have referenced modernist influences or contemporary art tropes. I could have outlined Hollier’s biography or speculated on his trajectory.

*Suddenly, Yoko Ono comes to mind: “It sparkled / With its unfinishedness.”7

7. Yoko Ono, ‘Unfinished Room’ in Everything in the Universe is Unfinished, JRP Ringer 2018