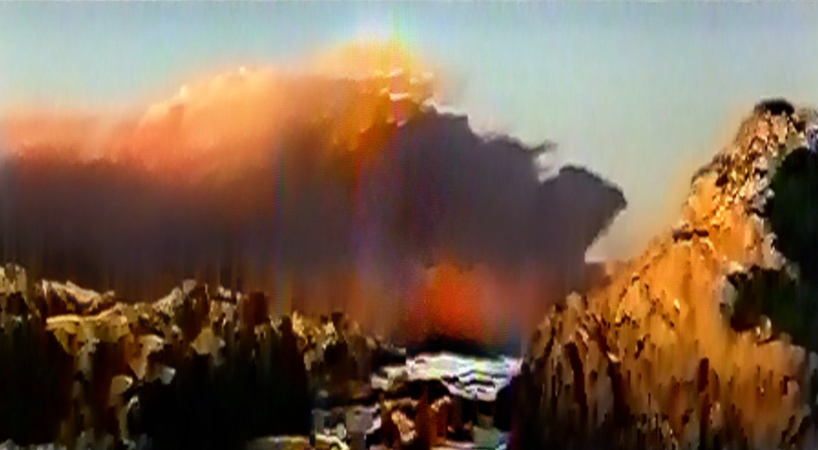 Harley Ives was born in Penrith in 1981. To all appearances a boring suburb and an insignificant year, and yet he was born under a constellation of technological events that would determine his future interests. By his early teens, the inexorable slowness of dial-up Internet was a domestic reality, just as the humble Video Home System (VHS), a ubiquitous household item since the 1970s, was being phased out for the Digital Video Disk (DVD). By his twenties, digital television had replaced its analogue predecessor and digital cameras were far more common than their film counterparts. By his thirties, Ives had experienced fifteen years of analogue technology and fifteen years of digital technology. As a cusp X/Y generation artist he was nostalgic for the materiality of his youth, and seduced by the potential of a coded future. It is no great surprise then, that Ives considers himself an intermediary. His landscapes are captured on site digitally, recorded and played in a degenerative process through VHS, before being digitally manipulated in post-production. The complexity of these processes, adapted to achieve one desired outcome, approximate the challenge of mediating and translating content in an information saturated era. Distilling knowledge from the slough of digital information carried in blogs, podcasts, videos, periodicals, books, and archives, requires technological literacy, a critical eye, and finely tuned research skills. Ives’ mediation of the moving image, however, reaches beyond information content to its fundamental nature. It was the rise of analogue television in the 1960s that compelled Marshall McLuhan to first declare that the ‘medium is the message’, that is, that a mediums impact on society is not solely based on the content delivered, but the characteristics of the medium itself. In this sense the subject matter of Painted Screen is secondary to its medium. Ives’ moving image mediations respond to the increasing obsolescence of analogue technology in everyday life, and the nostalgia for material sources of aesthetic pleasure. Julia Clements, for example, is a “still” life composed of found imagery lovingly cut from the old bouquets of a dog-eared flower arranging book, digitally collaged to create, amusingly, a flower arrangement. The nostalgia for the lost art of domestic needlework and flower arranging is expressed through his meditative but laborious digital craftsmanship.

Anxieties about losing the material authenticity (what Roland Barthes called the indexical quality) of celluloid film mark the twenty-first century version of a shift away from object ‘aura’. Walter Benjamin’s ‘The Work of Art in the Age of Mechanical Reproduction’ (1936) first described the loss of aura – an affect of the originality, craftsmanship, and historical specificity of the art object – as the direct impact of reproducible arts such as analogue photography and film. Almost a century later digital code threatens the aura of celluloid, and simultaneously realises the world as a floating visual simulacrum. Benjamin believed, however, that what the medium lacked in aura it made up for with the political potential of its accessibility and popular appeal. These are the critical narratives competing in Ives’ moving images. By taking into account the mediums mode of transmission (played to an exhibition audience in an institutional context), he takes the moving image from Benjamin’s ideal pop-cultural locus and redirects it into an art historical discourse. Like the early pictorialist photographers, Ives manipulates the medium in post-production for painterly effects, but like the straight photographers that followed, he also highlights qualities unique to the medium: not photographic precision, sharpness, and clarity, but medium-specific errors, or process artefacts. In other words, Ives exploits the glitch characteristics of both analogue and digital processes for aesthetic effect. The analogue artefacts present in both Cloud Composition and Julia Clements include colour bleeding, image skewing, and oversaturation, while the surreal post-freeze shadows are artefacts of a digital cliff. Ives meticulously layers these effects on screen as though they were oils from a palette. The subsequent images evoke the sublime atmospheric effects of a Turner, or the perceptual honesty (and implied physical limits) of a Monet. Here the content is an important partner to the medium; by mediating traditional painting genres such as landscape and still life, Ives explicitly responds to a modernist trajectory of abstraction that declined in the mid-twentieth century. Its recuperation, he seems to suggest, might be found in the struggle to grasp visual ‘truth’ in a world mediated by screens. 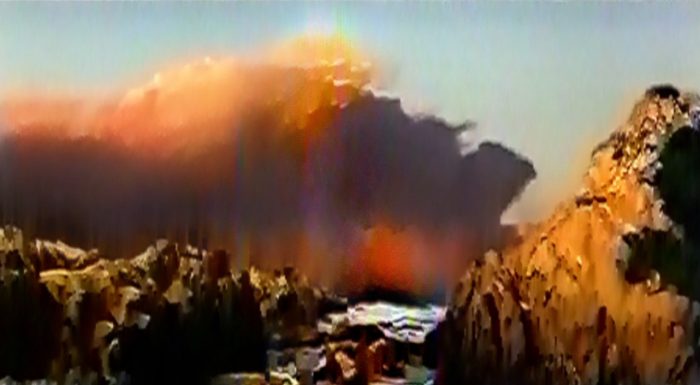 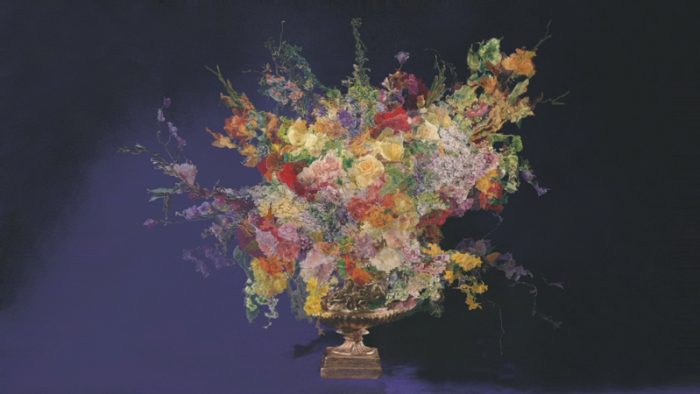 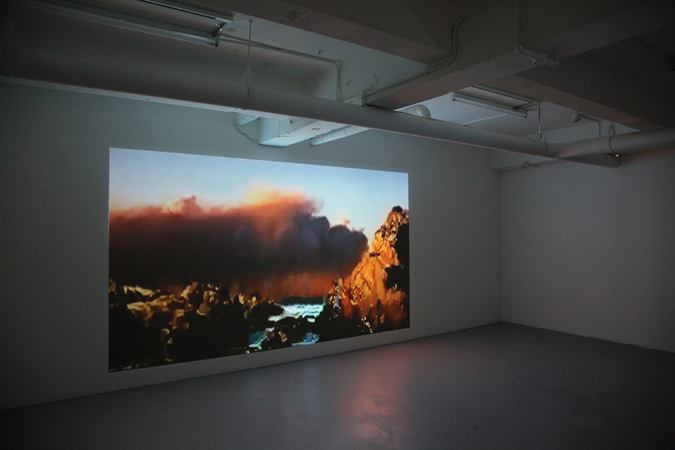 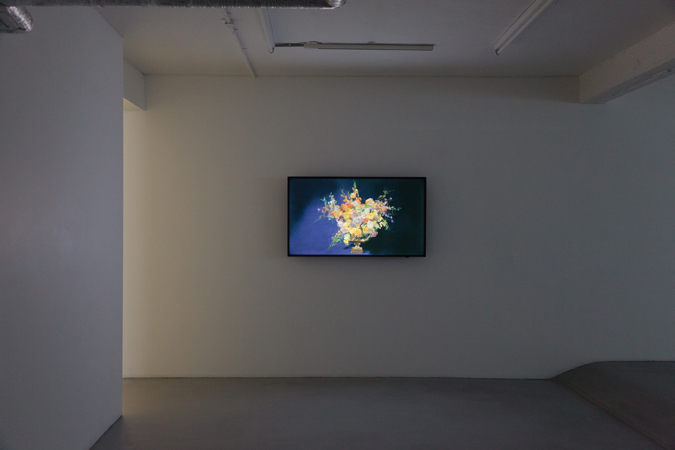 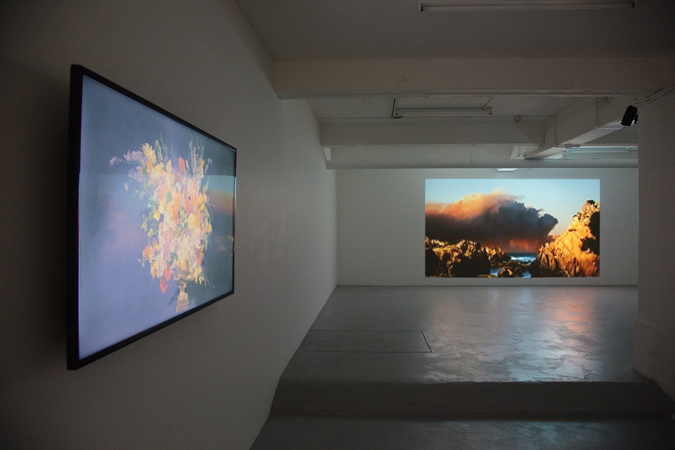 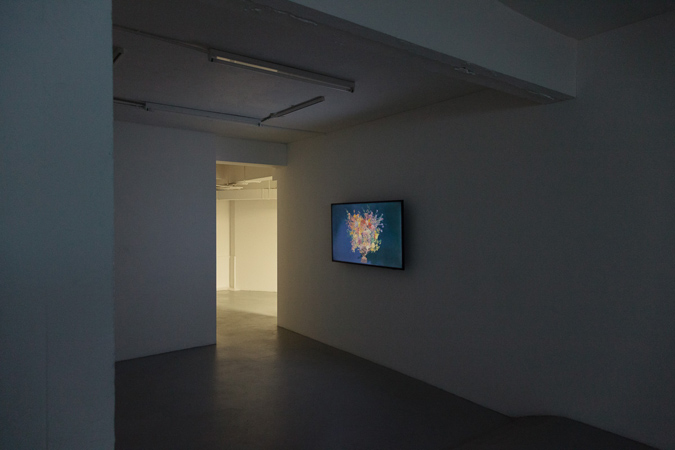 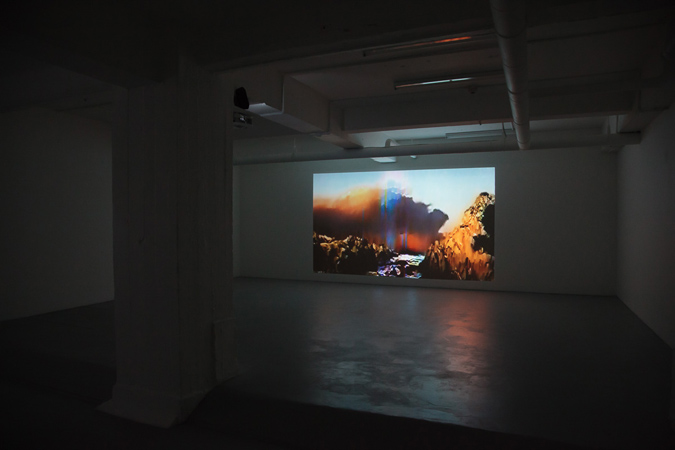