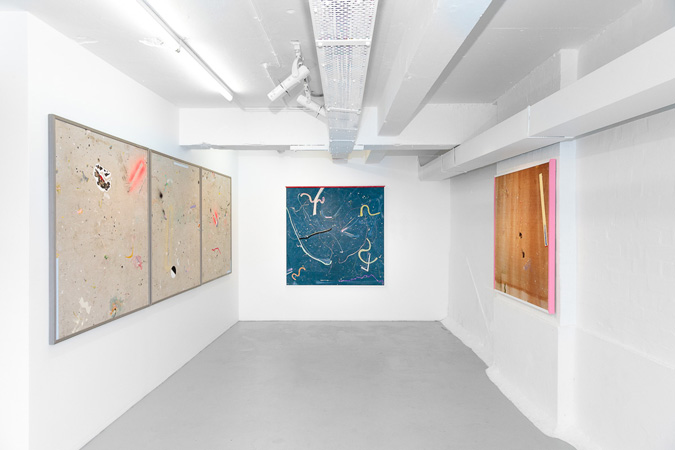 Emma Finneran has re-aestheticised automatic painting. Traditionally there are two almost opposing arms of automatic painting and drawing (which are broadly connected by Surrealism). The first comes from Masson and the Surrealists where automatic drawing was a seen as a visual version of Freud’s speaking cure. In this case the artists drew “whatever came into their head” and somehow that doodle was said to become an expression of the repressed psyche. The only problem with that approach from the distance of contemporary art is that Masson, and other Surrealists, ended up drawing a lot of very coherent, if violent and sexual, motifs and one is left wondering how “subconscious” and “automatic” the process was. The “I” of the author was still present but not acknowledged.

Alternatively when Jackson Pollock borrowed the approach, having been taught by William Hayter and other surrealists who had left war torn Europe, it morphed into almost its opposite. Pollock insisted that he was always totally in control of the material. And that the painting expressed his individuality and his being in the world as if directly translated into paint. This insistence of the painterly gesture as the signature of the artist is the apotheosis of Romantic thinking, brought up to speed by Greenberg et al. Again we are not so sure that the heroic activity of the painter, his “ejaculation onto the canvas” as Yves Klein once disparagingly said of Pollock, is actually that meaningful.

In Finneran’s case the approach is brought up to date through post-modern thinking. She admits the failure of both these historical antecedents. The ground is quite freely painted, splashed and dripped, as unthinkingly as possible. But once a field has been stretched and as such chosen, the artist’s authority reasserts itself. The authority is tempered though through the material and what the ground suggests. Finneran suggests her method is close to rabbit runs or desire lines, she lets the painting decide where the paths of least resistance are. In the end though these works are purposefully beautiful and poetic. They are based in the material of paint but look to lunar surfaces, weird notations and fantastical spaces. 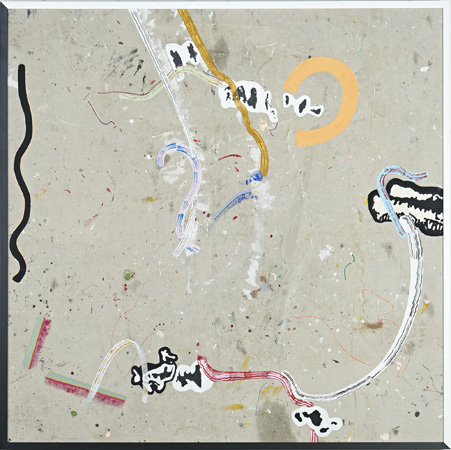 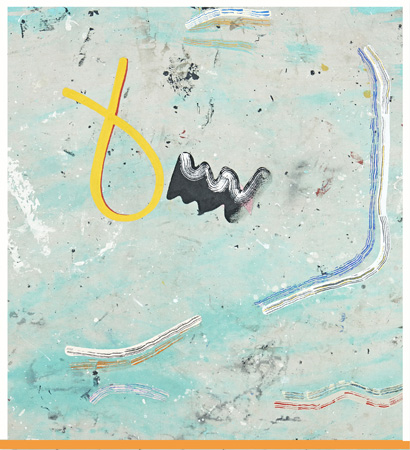 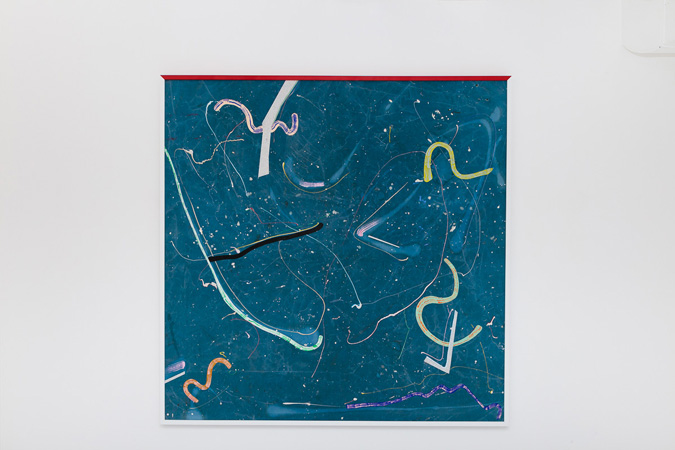 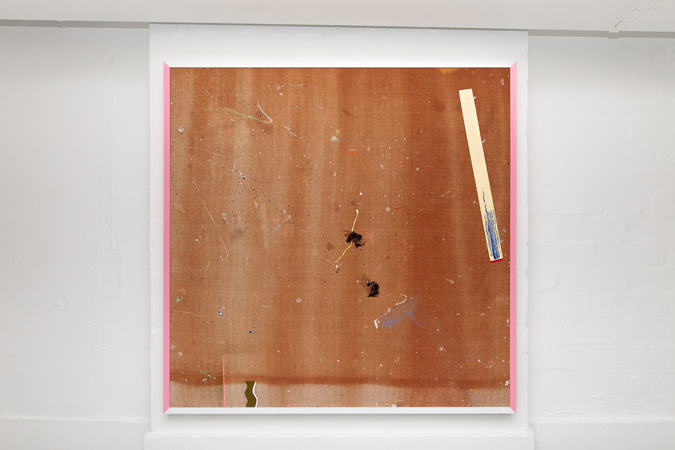 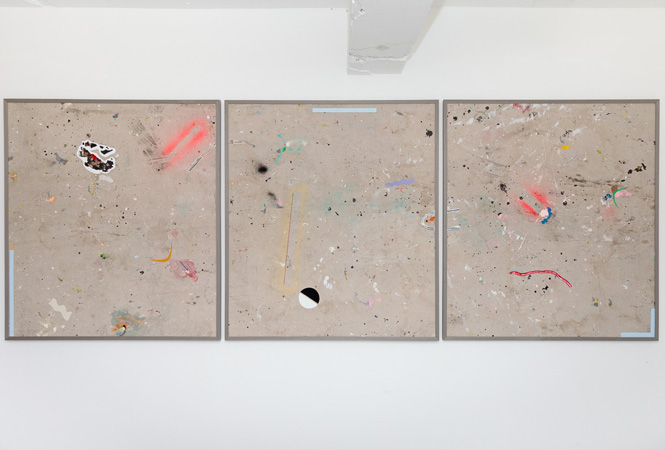 The End Is Rear 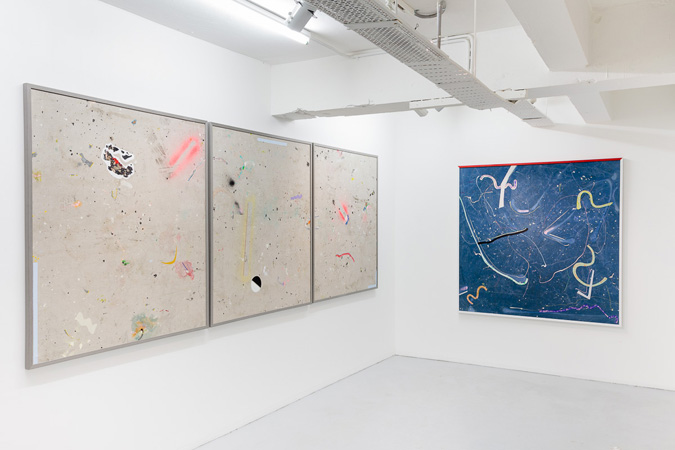 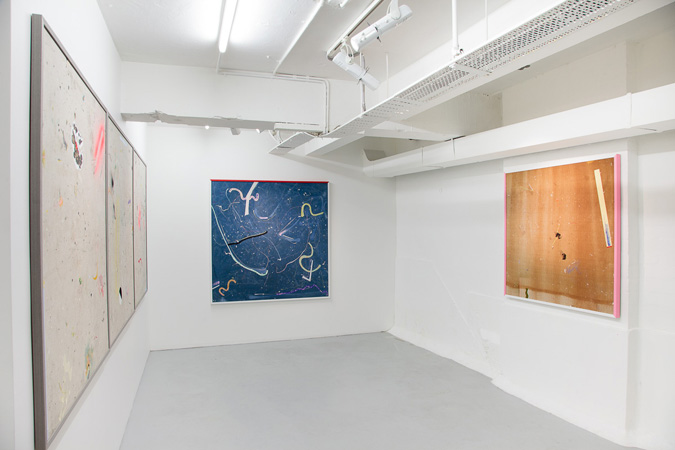