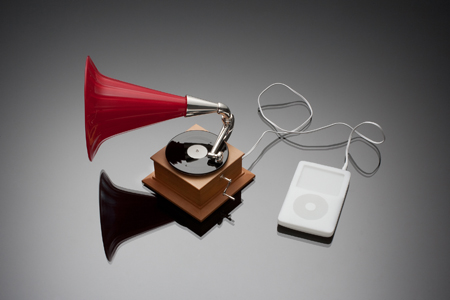 Glimpse is the first glass exhibition to be held at Chalk Horse Gallery in Sydney. It is a survey of the work of five contemporary Australian artists working in the medium of glass.
Each artist is concerned with trapping personal sentiments that convey universal emotions as expressed through their technical mastery. All have studied their craft to great success across a number of Australian institutions and garnered significant recognition as well as accolades both here and overseas. Sandy Benjamin OAM has curated the show as a reveal of the excellence found in the medium of glass in Australian art today: “Glimpse is an exhibition of the work of five female artists: it is not a feminist exhibition, nor a women’s exhibition, but the quality of work was found in the work of these five women” Benjamin says. “Although in age these women would be considered to be ‘young’ artists, their work has evolved to the very high standard as can be seen in this exhibition.”

Deirdre Feeney creates a dynamic interplay between architectural forms and the moving image paying homage to the engineering feat of 15th Century proto-cinema: the magic lantern. Feeney’s work acts as a metaphor for the mind and its recorded glimpses of experience. In her work, the moving images projected on to the physical structure simulates the nature of our own mental playbacks and how they animate the architecture of the mind. In Waiting for rewind the images dance around the exterior of the glass structure whereas in Elsewhere the image seems trapped inside a window; not only does this image interaction symbolize the human imagina- tion and its ability to transcend spatial confines, but also encourages an interaction that simultaneously draws us into and moves us around Feeney’s work.

Harriet Schwarzrock’s Ice Blue Wall Sway is a visual essay on the subtle shifting tensions and apparent randomness both in the pro- cess of glass blowing and in the broader realm of nature, the genesis for her aesthetic concepts.The repetitive composition is echoic of cellular construction at the core of all beings while the plasticity of the molten glass and the intrinsic fluidity of matter are a testa- ment to Schwarzrock’s ability to allow the process of glass blowing to be revealed in the end product. The ocean is her core source for inspiration here and her work seeks to reveal the interconnectivity between all organisms.

Kate Baker’s work circles around the intersection between the sublime and the ominous. By sectioning off the image of a young woman’s feet and juxtaposing it with a landscape we recognize the presence of a voyeur.The sensuality of the medium of glass is carefully addressed in Baker’s work with translucency suspending the image as if it were a vision through the window of nostalgia trapped or even elevated for perpetuity.The movement within her work shows a transition as well as a journey from innocence to the awareness of something darker and more powerful within the self as well as in the environment.

Alexandra Chambers’ work archives defunct technologies through representational form in glass; the gramophone in Back in my day is thus elevated to new heights for greater perpetuity beyond mere function, which has expired. Back in my day refers to the world and at the same time generates a world all of its own. An iPod plugged into a grandpa’s bygone record playing horn is created en- tirely from blown, kiln worked and cold worked glass in astute aesthetic harmony heightens the historical pun and gives us a generational double take.

Annette Blair is fascinated with capturing nostalgia at once rendering it ethereal yet immobilizing it to a kind of permanent stagnation in her work. Her deep love of glass-blowing allows her to instinctively imbue her work with the personal history she brings readily to her practice. Her work I never knew you, Blair uses the teacup as a symbol of longing for the time never shared and memories never made with members of her family. Blair describes her process as a “combination of portraiture and glass focusing on ideas of identity and personal narrative… influenced by my surroundings and the individuals around me who have helped shape my character and identity.” There is a universal quality to her work that unites us in love and loss, the most identity forming of human emotions.

Back in My Day