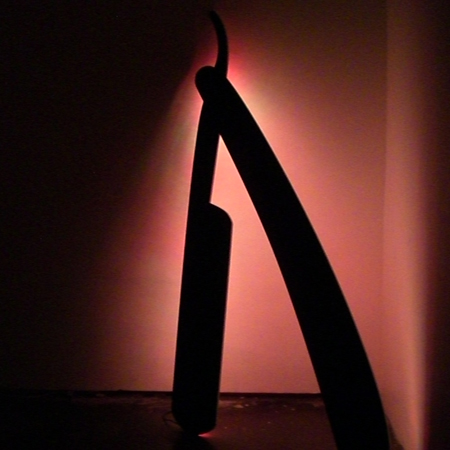 The Minor Premiership are a collaborative group who produce artworks situated in or related to public and civic areas. They are interested in local history, layers of genealogy, and forgotten texts. This work is displayed in the gallery space as a way of proposing a monument for the Frog Hollow area of Surry Hills – the cliff face and land bordered by Ann, Albion and Riley streets. The work brings together the animate presence of the original frog population and brings this into a negative sculptural relation with the Razor Gangs who later occupied the area as their base. Both these lost populations are referenced in an arrangement of void and presence.