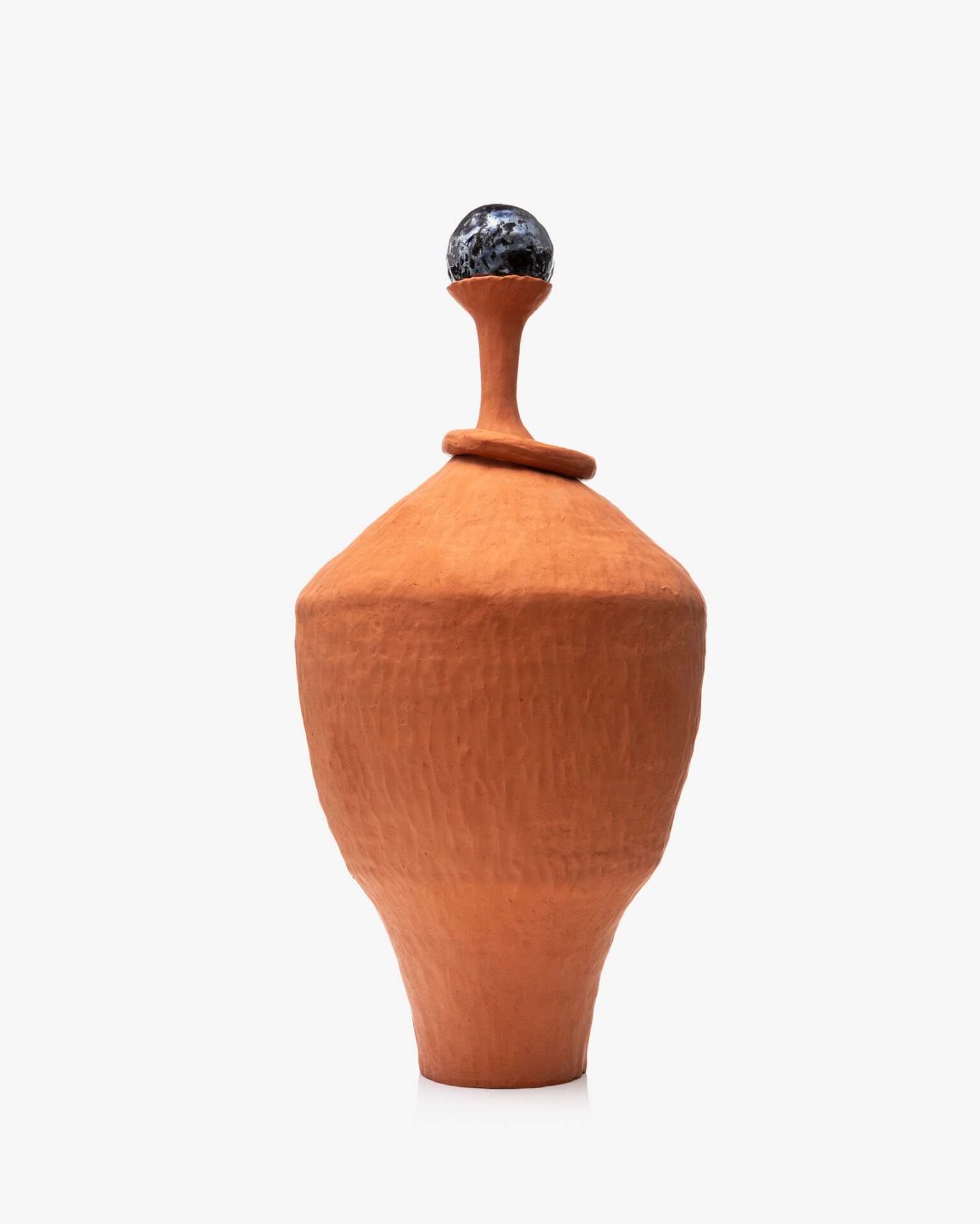 Tell Me a Story and I Will Remember It Forever

Just For A Moment

I have a really nice 1980s Chanel pink suit that I bought in Paris. I’ve always been too shy to wear it because I’m like I don’t want to stand out too much. Just receiving that attention, I think, “maybe it’s too much”…

Alexandra Standen tells me this story as a means of illustrating the frustrations of perceived fragility versus self-confidence. Pausing mid-thought, the tale of the pink suit dissolves in the ether, making perfect sense as my attention drifts toward a work called Seagulls Don’t Make Good Pets.

Standen’s work flirts with a vessel based tradition only to sidestep the functionality of this ceramic terrain. Each sculpture is part of an ongoing act of vulnerable self-portraiture. Grouped together with titles like Visual Cues, Reading Rooms, Conversation Starter, and Undertow, they are like wallflowers quietly tussling for attention on the dancefloor. Taking bodily form, each piece is a standalone variation of the one before. A little bit fragile and shy to their social situation, they are ornamented with balls and rings that amplify their confidence with talismanic charm, playfulness and intrigue.

Of the earth, clay is basic and literal, a material that abounds in metaphors of creation. Yet, ceramic objects are far removed from the dirt of their own making or the shit of existence. The means of production is obfuscated for more mass produced ceramics, erasing the artist’s hand. Artisanal in her approach, Standen works intuitively and vertically from the ground up. Each coil represents thinking through making and is embedded with soft fragments of buried revelation. While her making is instinctive, she calculates their glazes through rigorous testing that produces a restricted palette of silvery whites, blacks and terracotta. A lustrous pearly patina accessorised with bling for a coded game of Sunday quoits on the green.

Dirt Stories imparts the story of its making, acknowledging narrative structure is compromised when the storyteller’s anxiety cripples the flow of conversation. Veiled histories and coded language lay buried below surface – riddles known only to the maker. Whimsically titled, each work unpicks a loose personal thread of mnemonic interiority. Remembering a story is one thing, it is the retelling of the story through visual means that has an anxious and nervous dimension.

“They’re not watertight,” is her reply when queried by vase enthusiasts on Instagram. That much is true. Flowers fade as fast as knowledge ebbs and flows. These ‘dirt stories’ refuse to be sealed in their defence for and against interpretation. “This is me, this is authentic, this how I would like to be seen,” says the artist of her clay coterie. Authenticity is anathema to anxiety, like two sides of the same rare collectable coin.