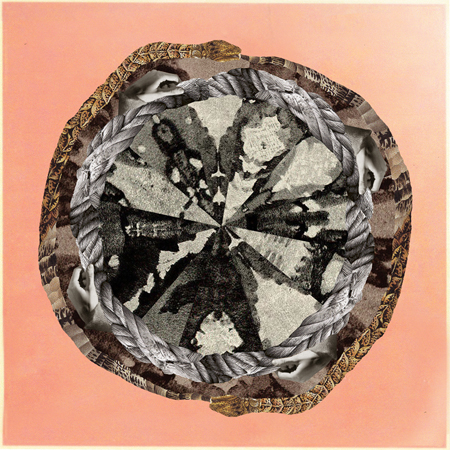 Greedy Hen’s first solo art exhibition sees the release of their fictitious Debut Album in 2011. Titled ‘Debut Album’, this exhibition is a meditation on an ultimate SuperFiction[1]: ‘Greedy Hen as a band’. Utilising all of the usual visual cues, processes and linguistics that signify the release of an album (including gig posters and album launch advertising in the local music street press) Greedy Hen aim to translate this SuperFiction to an art gallery context. Exaggerating their own image in creating the illusion of ‘Greedy Hen as a band’ sets the direction of the exhibition, which centers on the mythical ‘debut album’. The exhibition will comprise of album artwork (translated to large scale prints) complete with song titles, a music film clip of their fictitious hit single release, artwork to narrate the lyrical content for each song. There will be no actual music or sound element in the show, leaving the void for the viewer to ‘fill it in’.

Greedy Hen is a multi-disciplinary studio functioning partly as an art collective and partly as a design studio, housing the collaborative works of Australian artists Katherine Brickman and Kate Mitchell. They devise projects intent on creating imagery alluding to a playful black humour, unwritten fables, or subtle off-kilter sinister elements lurking amongst a kinder-esq beauty. Greedy Hen’s work falls between the boundaries of traditional fields. They utilise various mediums preferring to let their ideas manifest in whatever way seems to be most appropriate at the time. Acting as a social sieve presenting the quirky nuances hidden in the everyday.

As a design studio, their work has graced the covers of many band’s albums, tour posters, and film clips, including work for Cloud Control, Ariel Pink, Florence + The Machine, Animal Collective, Washington, Bill Callahan (Smog) and The Middle East. The Waifs, Washington and Josh Pyke.

[1]A SuperFiction, as defined by artist Dr Peter Hill, is the “idea that someone with enthusiasm and love for a subject could, over a lifetime, make a greater contribution than the jaded professional”. http://www.superfictions.com/phd/intro.html.