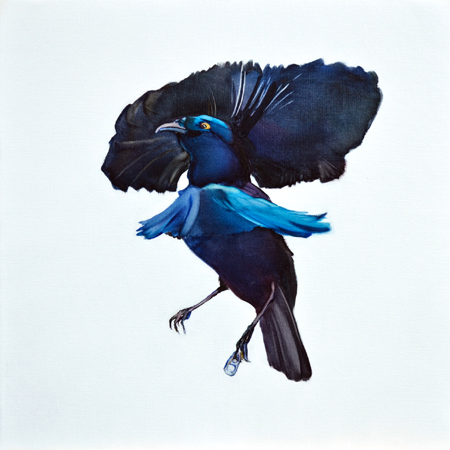 “The male body is understood as phallic and impenetrable, as a war-body simultaneously armed and armoured, equipped for victory.”

-Catherine Waldby 1995
Notions of acquired and inherent masculinity are constantly being played out in Julian Meagher’s work and the paintings in this exhibition are no exception. Staying loyal to his attraction to surface imagery, ongoing narrative and sourcing subject matter from both the natural and manufactured worlds, Meagher is using his art to apply naturalist examples to anthropological questions about human nature and society. With a painting style that adopts oil paints, and executes them as though they were watercolours, we are presented with field studies that create a portal through which we may contemplate instances of cultural reckoning in both intimate, personal chronicles and broader historical and environmental contexts.
Meagher presents his subjects removed from their diverse and complex histories, and amasses these specimens as isolated entities for our contemplation. Birds and portraits are equally atomised, like butterflies in a box. “Blue Ribbon” is a titular nod to Meagher’s favourite beer, Nastro Azzurro but it has other resonances (the top quality ice-cream, a show ground bull, the Italian playing strip, and of course merely as a reference to the famous royal and celestial colour). The major pieces in this show, also called “Blue Ribbon”, question the place of alcohol and transgression in male rites. Within these “festivals” what does a particular brand mean; would John Howard ever have drunk chardonnay like Paul Keating?
Portraits this time are an important genre. All the men portrayed, besides Boonie, are friends and fellow team mates of Meagher. The “portrait of a young man” is a common genre, a mark of promotion in society, a calling card. All these men are in their early thirties, flushed with a certain youthful success, like Holbein’s thirty something, ambassadors. But can men be so certain of their role and position in society now?
The small heroes of this exhibition are undoubtedly the Birds of Paradise, the exuberant birds renowned for their colourful and excessive plumage and theatrical choreography that they employ in order to attract a mate. The superfluous, and potentially endangering, ornamentation of these creatures complies with Darwinian theories of ‘Sexual Selection’ whereby males develop alluring characteristics in order to achieve reproductive success. Essentially these birds are not only in competition with their peers and same-sex rivals; they are in competition with themselves, on a quest to “win the girl”.

Another genre that Meagher excels in is still-life. What have orchids to do with Boonie? Orchida- is the greek word for testicles and the flower was named that because to the ancients the roots resembled balls; they were ground down into goat’s milk (Satyr?) as an aphrodisiacal drink. As Norman Mailer points out, masculinity is not something given, but something gained. It is through Meagher’s work that these “small battles” are undertaken; they are a performance of masculinity, continued and pursued. 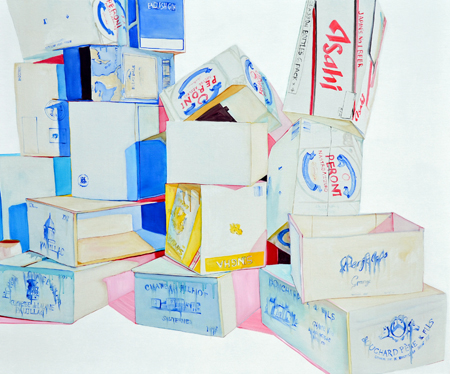 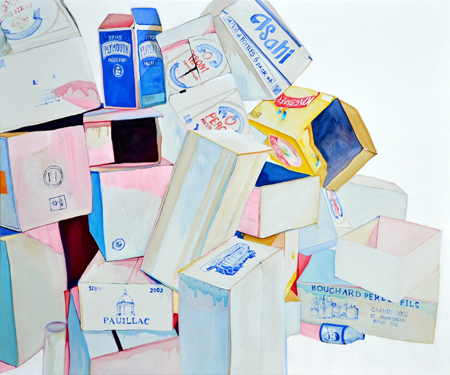 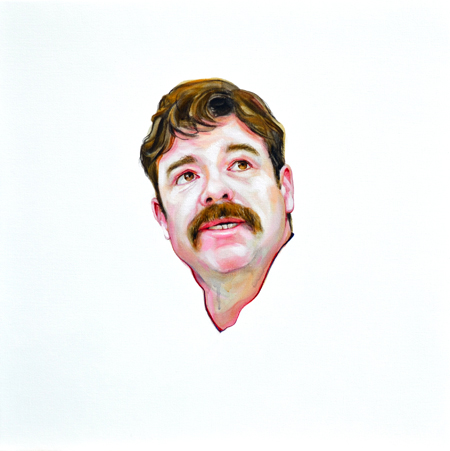 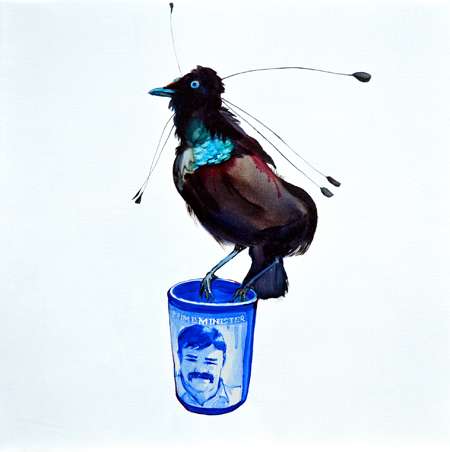 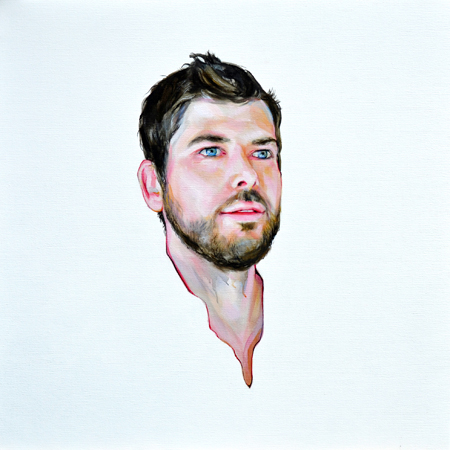 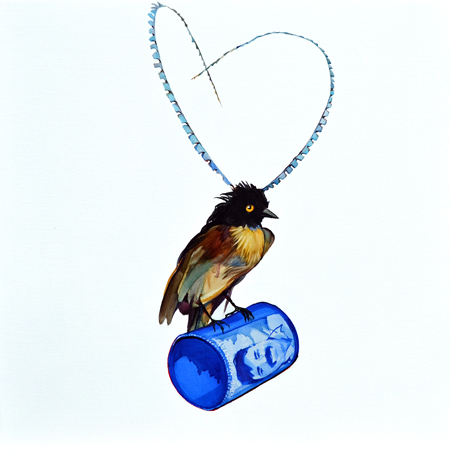