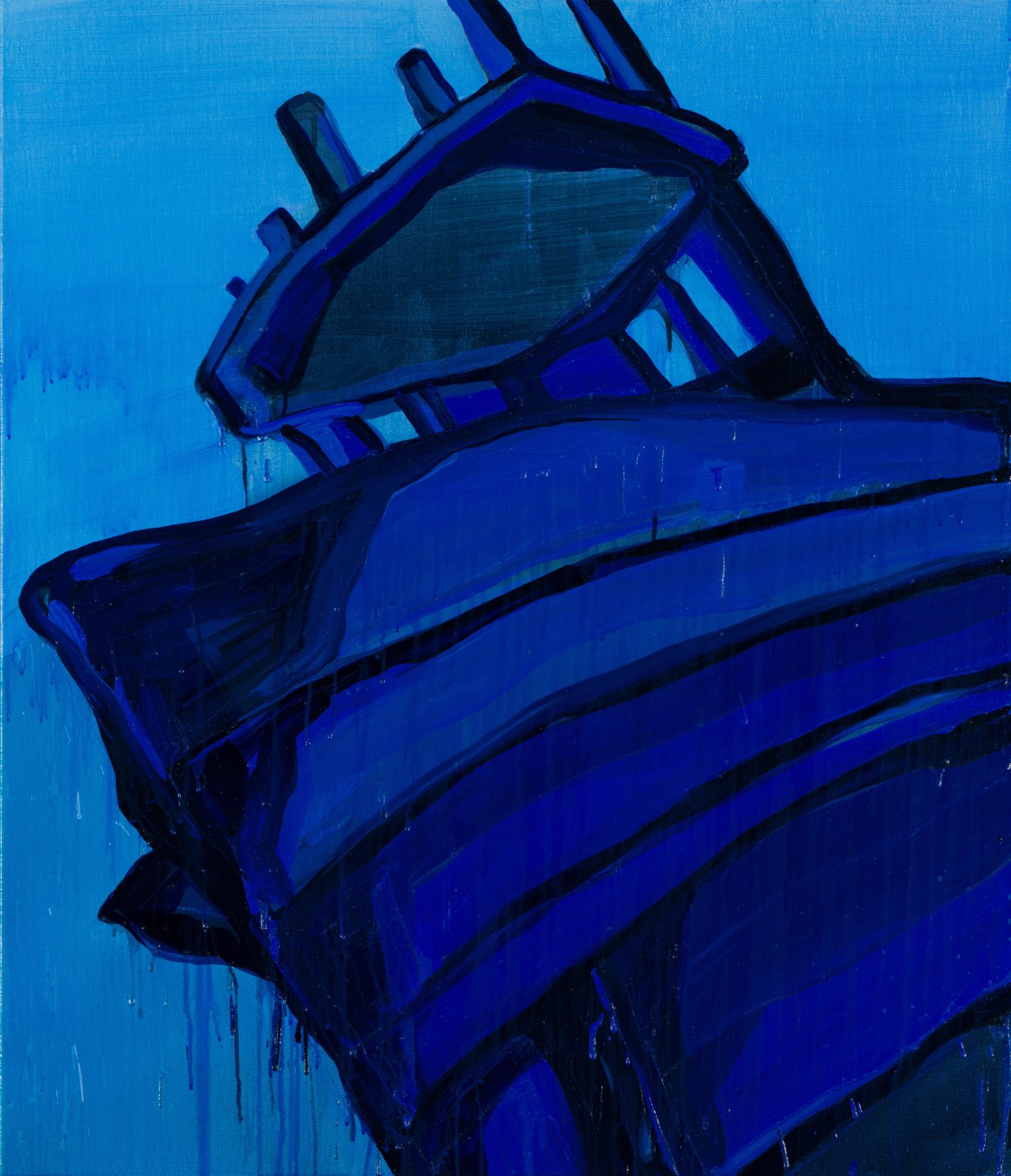 Chalk Horse is thrilled to announce that we will be presenting new work by Jasper Knight in a solo exhibition titled The Joan Sea. Knight will exhibit seven new works on linen that will be presented in the gallery two space at Chalk Horse located at 167 William Street, Darlinghurst. The exhibition will run from April 2 till April 25. Please contact admin@chalkhorse.com.au for further information.

Growing up, Knight’s family had a mooring in Berry’s Bay. On many occasions, the artist would row his dinghy out to look for several boats, and over the years, he would nd that some of them had disappeared. He would later discover they had sunk. Two of these sunken vessels: ‘The Cruiser’ and ‘The Clinker’ will appear in the show.

Knight is known for his portraits of shiny, buoyant ships; his take on them is joyous and lighthearted. Above the water, the temperament of the sea is continuously shifting. There is movement and vigour, and Knights technique matches this energy. But in this series, the artist is looking at sunken ships, where a change of tone ensues. The ocean floor is mysterious; 99% of it is left unexplored. Devoid of human activity, there seems to be a calm, eerie stillness here. Photos of shipwrecks attest to this perception. In them a gentle but deep ultramarine or faded sea-green washes over the abandoned ship. Sometimes small fish are scattered around, or a scuba diver swims near the corner of the image, even then, to us, the scene is generally one of solitude. Knight’s energetic and bold painterly tendency shifts to render this. Brilliant ultramarine is the dominant hue of the exhibition, glossy drips become spectral and strange; a softer painting style is adopted.

The notion of the lost ship is romanticised. We see this in mythology, film and poetry. It spikes our curiosity and tempts us to construct narratives. Upon looking at Knight’s paintings, we may wonder what these ships were used for, who they accommodated and what hidden treasures they held that are now lost in the deep blue abyss.