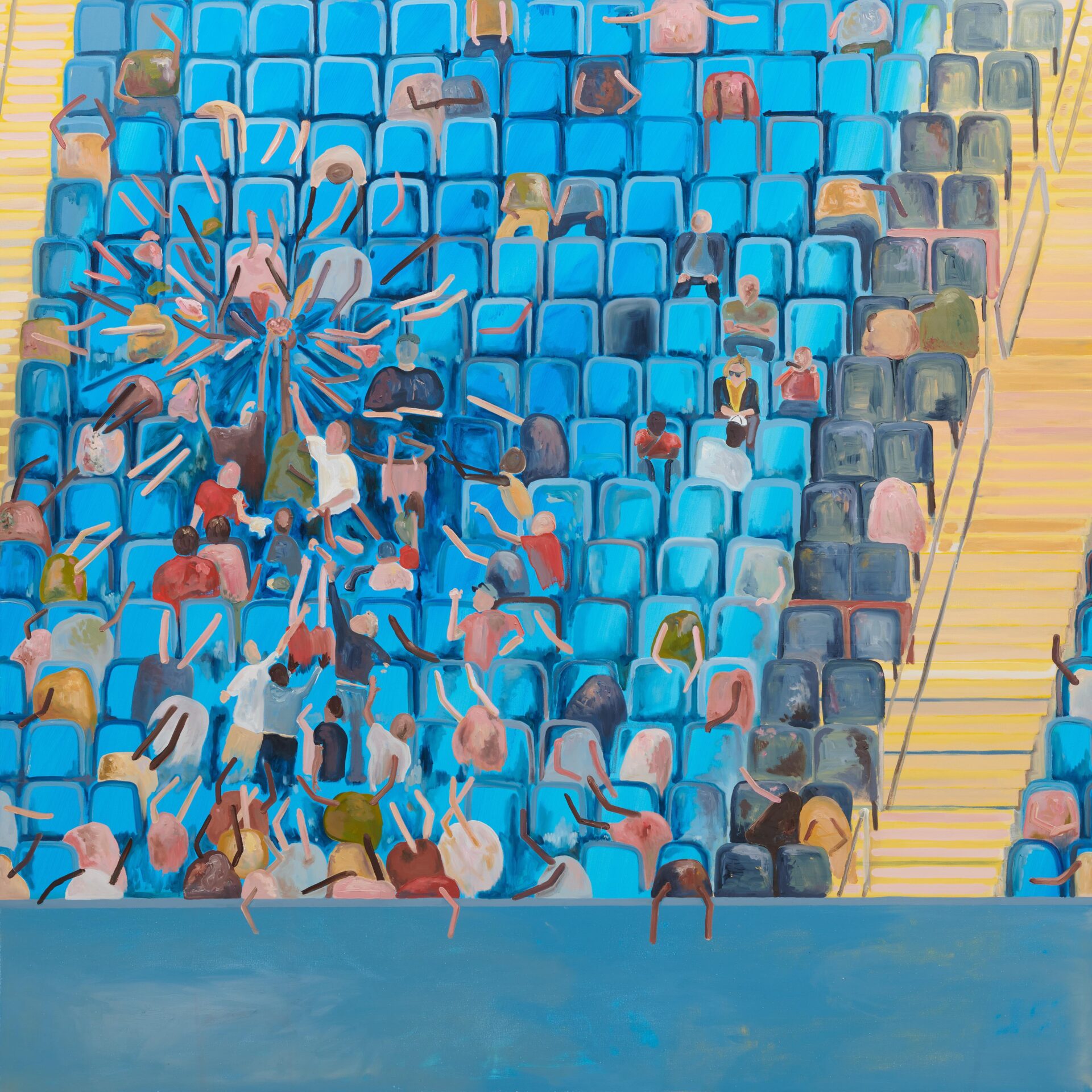 Greatness Souvenir is a work by Amber Boardman created in 2020 and is currently on view at Clayton Utz offices  in a major solo exhibition as part of the Clayton Utz Art Partnership #claytonutzartpartnership curated by Max Germanos.

The exhibition is open by appointment only and will run until the end of February 2021. To make an appointment please contact admin@chalkhorse.com.au or info@333artprojects.com

Amber Boardman’s work examines the role of the Internet in shaping an individual by looking at ever-changing social norms and crowd behaviour.

Boardman has exhibited her paintings and animation throughout the US, Australia and internationally including BAM’s Next Wave Festival in NYC, and the 2018 Archibald and Geelong Prizes in Australia. Her work has appeared in numerous publications including Juxtapoz and ArtMaze Magazine. She has been the recipient of multiple awards, notably, Most Provocative Award (Atlanta Biennial), the Australian Post-Graduate Award (University of New South Wales) and the Joan Sutherland Fund Visual Arts Grant.

Boardman holds a PhD from the University of New South Wales in Sydney, an MFA in Fine Art from the School of Visual Arts in New York and a BFA in Studio Art from Georgia State University, Atlanta. Her works are held in numerous private and public collections including the High Museum of Art, The Museum of Contemporary Art of Georgia, the University of Kentucky Art Museum, the City of Sydney, and Artbank Australia. She has worked commercially as an animator for Cartoon Network’s [adult swim], Comedy Central and Google.

Boardman maintains close ties in New York, New England, Atlanta, and Sydney Australia. She is a founding member of shared studio/exhibition spaces in Brooklyn and Sydney. Amber Boardman is represented by Chalk Horse Gallery in Sydney and Sandler Hudson Gallery in Atlanta.