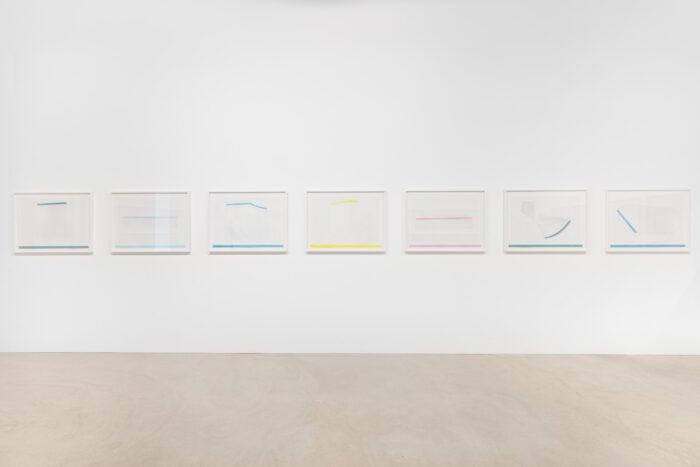 b.1973, Vancouver, Canada
Lives and works in Paris, France

Mathew McWilliams repurposes photography to produce unique objects outside the traditional formats of photographic representation. Through a sensitive handling of both material and medium, he is able to disorient the viewer’s way of interacting with the real, providing an interesting relationship between image and its support.

McWilliams work has been shown internationally including exhibitions in Europe, The United Kingdom, Canada, the US and Australia. Notable exhibitions include the group show Like-Minded curated by the artist Micah Lexier at Plug In Institute of Contemporary Art, Winnipeg and Phantasmagoria at Presentation House Gallery, Vancouver. This was part three in a significant series of exhibitions about Vancouver Photography’s notable history and its future. The previous two show’s featured work by Stan Douglas, Rodney Graham and Ian Wallace. He was invited to show in Puglia Italy at Exchiesetta, a space established by Arte Povera artist Pino Pascale. McWilliams has received a Canada Council artists grant for a residency at Fabriano Paper Museum in Italy to produce the Fabriano colour series. He has shown with Chalk Horse Gallery since 2012.