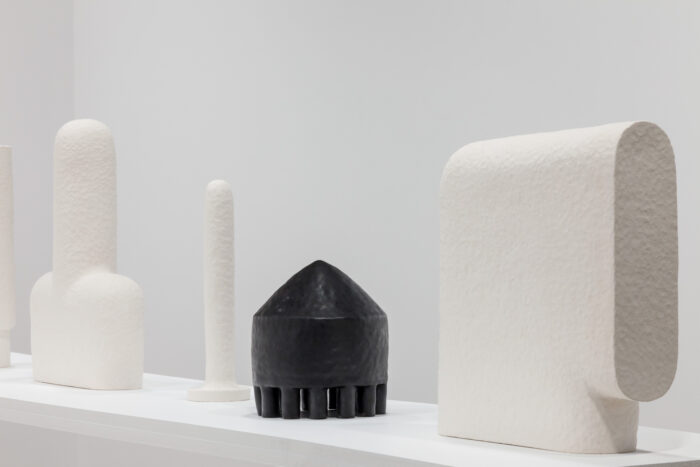 Addison Marshall’s hand-built ceramic forms and constructions use object, placement, colour, material and order to spark poetic and introspective dialogues, curiosity and connection. Marshall’s concerns lie with how the real and physical invite for intuitive and contemplative responses and how the combinations and arrangements of objects evoke and offer open ended meaning.

Marshall completed a Master of Fine Art at The National Art School, Sydney. His work has been included in many group exhibitions and he has been the recipient of many awards including The N.E Pethebridge Ceramic Award, The Janet Mans eld Ceramic Award, and the FONAS prize for drawing. He was also a Design Now! nalist for Object in 2010 and a nalist for Redlands Westpac Art Prize in 2012. His work has toured nationally with HYPERCLAY 2012-2014 and included in TURN, TURN, TURN 2015 and GROUNDED 2017. Addison Marshall has exhibited several solo shows at Chalk Horse, his most recent one entitled Comfort Zones in 2018.

The shape of thoughts

The Rainbow Connection - Bound and Gagged